Last year saw clear favourite for the day Annemiek van Vleuten take home the rainbow jersey for the first time in her career with a strong performance but one that might not have been as dominant as some expected. Nonetheless, she got the job done and returns this year once again as the rider to beat.

Compatriot Anna van der Breggen won the silver medal while Australia’s Katrin Garfoot took home bronze in her last World Championships. Both came home within 20 seconds of Van Vleuten and van der Breggen will be desperate to finally get one over her this year. First though, let’s have a look at what is in store for the riders throughout the afternoon.

A rolling course but how much it “rolls” depends on what resource you consult. According to the organisers there are 262m of total ascent over the 27.8km whereas with the Strava/Veloviewer profile I made has it at 396m. Bit of a discrepancy there!

Given how much Strava over exaggerates some of the tiny little changes in altitude, I would have to agree that it will be closer to the official profile – maybe around 300m at most.

Either way, you can view the interactive VV profile here.

The route can really be split into two parts with the first 15km very straight forward aside from a couple of small bumps and rises before the more challenging second half.

As witnessed in the men’s U23 this afternoon though, it isn’t that challenging compared to what it could have been, with the riders able to hold a lot of speed coming off of the descents. In fact, some riders hit 100km/h in sections so you can effectively nullify some of the rises by carrying enough speed. Therefore, having the right gearing will be important and it will be interesting to see what approaches the riders take.

Weather conditions look set to be similar-ish all day, although the wind might get slightly stronger later on, albeit by only 1km/h or so. That means over 3km of headwind before the crossing the river and turning left, with the majority of the rest of the course being aided by a slight cross/tail wind.

You can view the start list/times here.

Can anyone stop van Vleuten?

The reigning champion skipped the trade team event on Sunday so that she could be fully focussed and rested for tomorrow, and given her results in the individual events this year, who can blame her. In 2018 she has taken to the start for 4 TTs (not counting prologues or epilogues, see the TDU), with the Dutch woman winning 3 of them. In fact, the only race she didn’t win was her national championship where she finished 4th and behind the other three compatriots that are going to be here competing too.

In an interview with CyclingNews van Vleuten explains that she came into the season with three intended peaks. One smaller peak during the Spring Classics before a bigger peak for the Giro and then the Worlds. It is safe to say that the peak for the Giro was certainly “bigger”! She blew away the competition in that race and followed it up with my favourite finish to a race of the year, when she pipped van der Breggen in the closing 100m of La Course. I don’t think it is possible for her to be in even better shape than she was at the Giro, but if she arrives here in a similar vein of form then she is rightly the favourite.

The course tomorrow isn’t bad for her, but I think she would have preferred the climbs to be more challenging than they are, so she can really make a difference compared to some of the more traditional power TT riders.

Nonetheless, she has a big say in the outcome of the day and it will require her to be at less than 100% and for one of the other riders to be flying for her to lose.

We could feasibly see an all Dutch top 4 tomorrow.

The current and back-to-back European Champion will arrive here wanting to redeem herself after what was a disappointing 5th place in last year’s edition. The Sunweb rider is one of the most powerful in the women’s peloton and the mix of flat and rolling hills looks very good for her. She actually goes out quite early on in the day in what is a strong group of riders around that time. Guess that’s what happens when numerous nations have more than one person here!

The first Dutch rider down the ramp has the luxury of being the 5th rider out on the course. 2018 has been her best season to date and she has really developed as a rider, moving away from being just a strong one-day contender, into a much better climber. Her form doesn’t seem to be great at the moment though and I think she might struggle for a good result here: a top 10 would be solid.

Arguably one of my favourite female cyclists so I am a bit biased but a lot has been made of her “poor season” in 2018. It says a lot that then considering she has won 5 races this year and numerous podium places. In the Spring she was untouchable and the only thing that stopped another Ardennes Triple happening was team tactics at Amstel. She has failed to win since Durango in May though and I think that has effected her a little bit. In TTs this season she has won 1 out of 4, finishing 2nd twice and third the other time. The course here looks great for her and she’s been slowly riding herself into form at the Boels Ladies Tour. If there is one rider who I think has a chance of beating van Vleuten, it is her.

Fight for the podium

If we’re to make the assumption that at least one, if not two of the podium spots will be secured by the Dutch, heck, even all three could as I’ve alluded to above, who is going to be the nearest challengers? 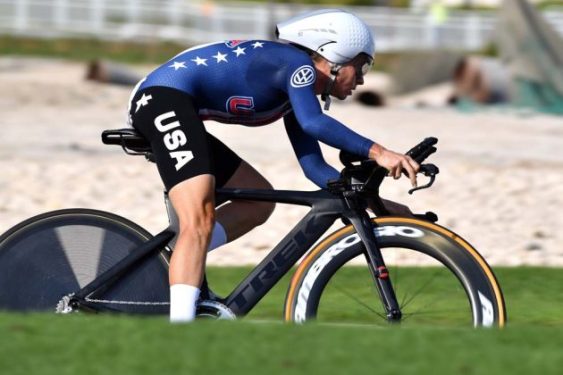 A surprise winner of the 2016 edition, she was pretty atrocious by her lofty standards in 2017. A wax on wax off kind of rider though, she appears to be smashing it so far this year having won all 4 of the time trials she has entered. Maybe this is a wax on year?

Disappointing in the European Championships, some of that can be attributed to her going deep on the track at the same competition. During the TTT event she looked to be the main driving force behind Wiggle’s strong time so there is definitely some form there. A bit hit or miss on road TTs, the 2014-champion can’t be ruled out on a rolling course.

Like her German compatriot, she seemed to be one of the main driving forces behind her teams sensational TTT win on Sunday. I’d have to say the course isn’t ideal for her but she did surprise and come third at the Euros so we could see something similar tomorrow.

Some outsiders to keep an eye on for finishing in or around the top 5 include; Thomas, Uttrup Ludwig and Cordon.

For the TTTs I thought they were both two-horse races and in the end it was the third favourite who ended up winning. Tomorrow looks like a one-horse race but with a few riders who are ready to pounce. It will be incredibly tough to beat van Vleuten but I think it might actually happen and we’ll see van der Breggen take the win! 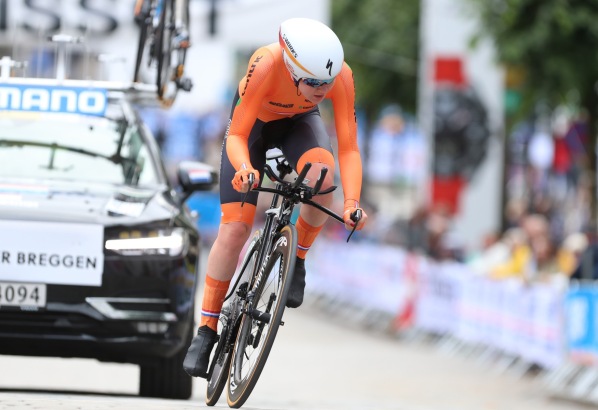 I think she has timed her peak perfectly for this week and if she is at a similar level to her Spring campaign where she just rode away from everyone – the course will be a piece of cake for her.

Van Vleuten to come second with Neben rounding out the podium in third.

Another race that I can lose some money on!

Win only markets for the race and given that AVV is still the favourite, I don’t want to go wild with them.

Some H2H do entice me though.