In 2017 we were treated to somewhat of a surprise performance with third favourites on the day, Team Sunweb, beating BMC by 8 seconds.

Team Sky rounded out the podium but were definitely the disappointment of the day as they brought their best ever line-up to this event. Will Sunweb be able to double up on what is the last running of the event? Or will someone else take the title from them? Let’s have a look at what is in store for the riders.

The longest edition since the event returned in 2012, the riders will face an almost 63km route through the valley. 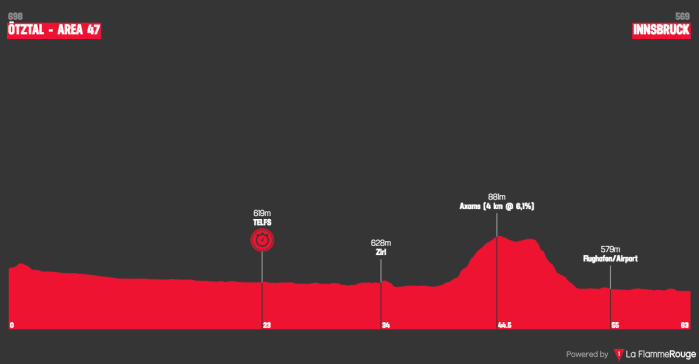 There is a slight rise at the start but the only real difficulty the riders will face, aside from some roundabouts, is the climb which tops out at around 18.5km to go.

The opening 1.75km of the climb averages roughly 8% before it “flattens” for the remainder. It isn’t an overly challenging ascent when taken in isolation but with it combined with an almost flat-out effort beforehand, we could see some surprise cracks. Conversely, those with a good pacing strategy might see all of their riders in the group over the top.

After the climb there is a plateau before the riders descend and are left with 10km of flat to the finish.

There is a sharp turn with around 1.6km to go but aside from that, it should be plain sailing and full gas.

I for one am very intrigued to see how the teams split themselves up for this race. Do they have a designated rider who’s main job is to empty the tank before and onto the foot slopes of the climb? Will the squad ride a solid tempo to keep all six together before drilling it in those final 10km?

Annoyingly for most of the teams but something that adds to the tactical intrigue, is the hardest part of the climb comes at the bottom. This means it will be harder for the heavier riders to keep up with the pace of the lighter guys, potentially meaning they go into the red and fall of the back of the pace line.

The length of the climb also adds an element to the tactics. At 4kms, it is probably just too long to slow the pace down to let all six riders stick together but some teams might think otherwise and the 20-30 seconds they lose on the ascent they can gain back later on.

Personally, and I am no TT expert, I would try to have five riders over the top together. That means sacrificing one guy to drill it into the bottom and the rest to just ride tempo so that they stick together. Losing one rider but still having an extra over the 4 rider minimum at the finish means that the periods of rest will be slightly longer when making rotations on the run in. That could make all the difference and help keep the speed that 1km/h quicker.

Much like the women’s event, there are two clear favourites here.

Sunweb are obviously the defending champions and they arrive with a squad that looks as strong, if not stronger than last year. Comparing all of the teams here, they are arguably the only squad that I can see keeping everyone together over the climb. Although I do think they might sacrifice Haga early on and keep the remaining five together. A powerful unit, they arrive here as rightful favourites. However, they will hope to improve on their disappointing 5th place at the Tour TTT. 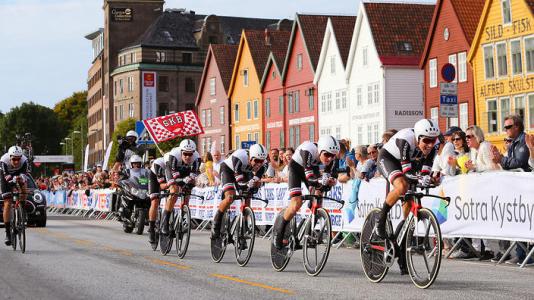 BMC will have been bitterly disappointed to come away with second last year, which made it two years in a row that they were the bridesmaids at the main event. A stat that is somewhat surprising given their dominance in the event in previous years and throughout the seasons at different races. They were disappointing in the recent TTT effort in the Tour of Britain, juxtaposed to that though is Dennis smashing it at the Vuelta in the individual event. In 2018 they have tasted victory in all three of the WT level TTTs so far and that will certainly bring them confidence. With Pinotti leading them from the car, their pacing strategy will no doubt be perfect. It will just be a case of them having legs on the day.

So that’s it then? Well, there are a few teams that might upset the apple cart.

Team Sky – Perennially the “oooh, they could go well” squad before more often than not disappointing. They bring with them a strong squad but in recent times their pacing strategy has been off and I see them dropping Stannard and Doull on the climb which will cost them, despite just how strong their final four is.

Quick Step Floors – Once the strongest team in the world in the discipline, they have waned a little bit in terms of their results. However, they always come into races now as the underdogs and almost over achieve. On paper their squad might not stand out to some but it does to me. They have six exceptionally strong riders with them though and I would not be surprised to see them on the podium come the end of the day.

Team Katusha – Another solid outfit with six good riders but the climb might just be their undoing. However, a team with Dowsett and Martin can never be underestimated.

Mitchelton Scott – Might have a chance, might not. As I’m writing this it is just over 24 hours to go until the start of the race yet there is no final team for them. Like Katusha, they can’t be underestimated but the hill might be their undoing.

A BMC v Sunweb fight and I think the former will get it right this time around. 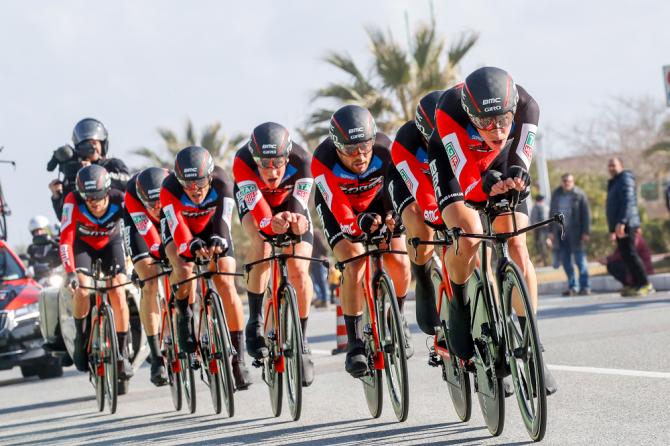 Sunweb to come home second with Quick Step rounding out the podium.

Close race that is hard to predict so just a H2H double for me, nothing wild.

Thanks as always for reading, who do you think will win tomorrow? Anyway,