After an exciting week of racing, the elite men have a lot to live up to tomorrow!

In 2017 we saw a tactical race but one that came down to a bunch sprint in the end, despite numerous attacks in the closing lap. So the best rider in that situation, Sagan, took what was his third title in a row, just edging out home favourite Kristoff. 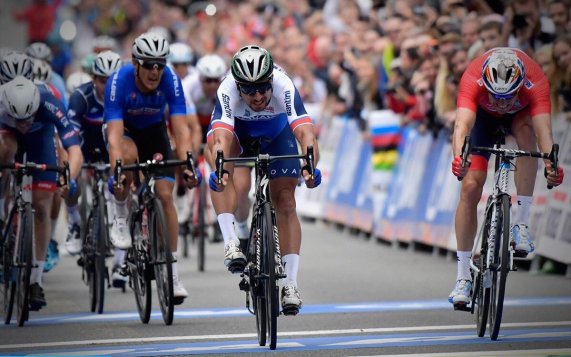 Sagan is going for 4 wins in a row but given the tough parcours awaiting him tomorrow it looks unlikely but you can never discount the Slovakian. Let’s have a look at what is in store for them.

A long day out in the saddle at a shade over 261kms but combined with 5000m of elevation gain according to LaFlammeRouge, it will also be a brutally tough one.

To start off with the peloton faces 60kms of flat, albeit slightly rolling roads before they make it to the Gnadenwald climb, which will be familiar to those who did the time trial earlier in the week.

Very steep in the opening 2.5km, averaging roughly 10%, it has been used so far this week as a climb to thin down the bunch, but with just under 200km to go once over the top then I can’t see that being the case this time.

The riders then move on to complete 6 full laps of the main circuit, and once more up the Igls climb for good measure.

The climb isn’t too tough when taken on its own but as we have seen throughout this week, that if teams come to the front and put the pace on then it can cause some damage. Seven ascents of it will certainly take its toll!

The descent might also play a part in the day. 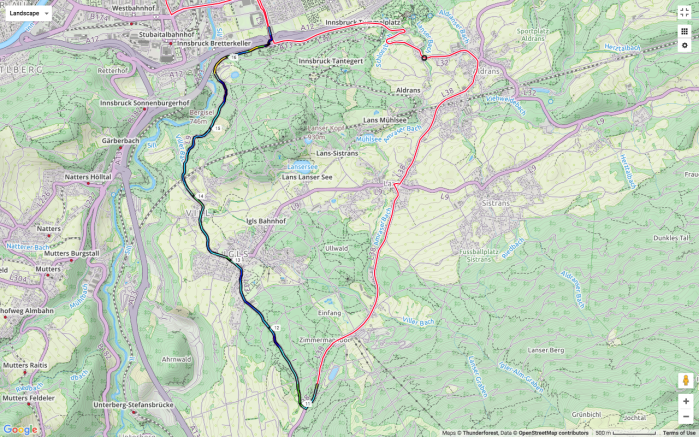 It is very fast and the best going downhill can cause some issues for those that are less competent and confident. There are a few technical bends within Igls for example but nothing too crazy but it is a road that you can string some corners together nicely.

After the last ascent of the Igls climb, the riders don’t complete the normal circuit, taking a detour to the much talked about “Hell” climb. At 11.5% for 2.8km it is a brutally steep ascent to be taking on at this point in the day and it will be one that will strike fear into many. It is *only* 3kms long though so it will tempt the puncheurs but will they be there to fight it out? 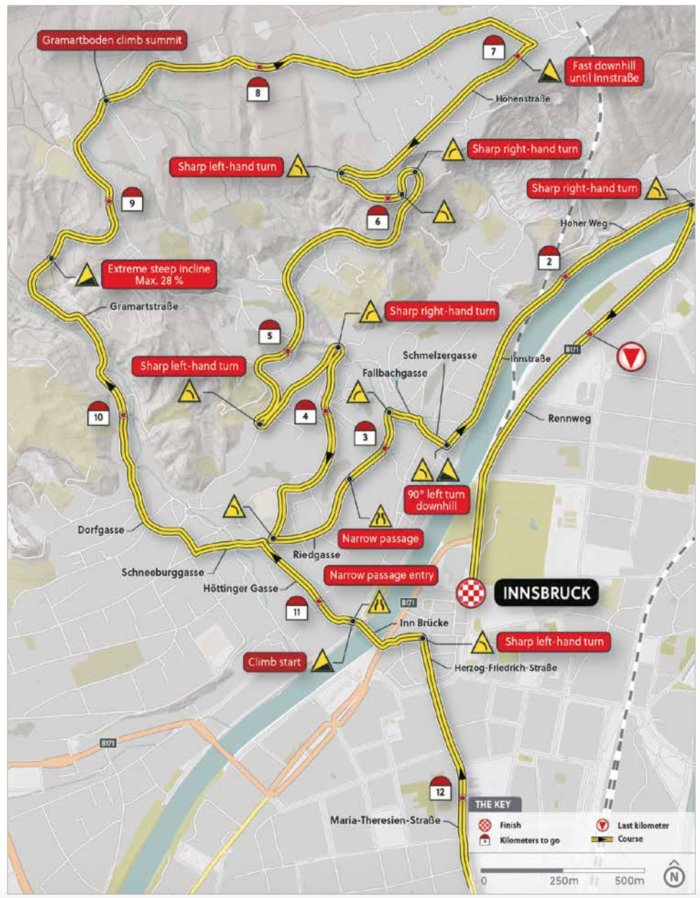 The descent off of the climb is technical and will suit a solo rider well, before they return to the riverside and the familiar final 2.5kms that we’ve seen over the past few days.

The usual rule of thumb for the Worlds is that the U23s and elite ment follow a similar pattern but that was thrown out the window a little last year. Plus, with the addition of the Hell climb in only the men’s race, we might see some teams wait until then, just like in a Fleche Wallone for example.

However, I do think the course is challenging enough before then for some serious attacks to go clear on the penultimate or last ascent of the Igls climb. There are several teams here with solid second options, or main riders in a nation that might not be classed as one of the favourites, so they have an opportunity to go early and anticipate any action later. Although I’m sure they would be happy if there was no action later!

Like I said in my preview for the women’s race, you have to be willing to lose the race to win it. Given how strong the likes of Valverde and Alaphilippe should be on the final climb, I think we might see quite a few riders plan to go early.

If the majority of the big nations, i.e. Spain, France, Italy, GB and Belgium, have a rider in a late attack there is a good chance that it stays away. That is the option that I’m going with for the following!

Basically my four riders to watch that aren’t any of the clear and obvious favourites, although one of them kind of is…

Cast your mind back to Rio 2016 where Fuglsang finished second after a tough day out in the saddle. On that day he was one of the strongest and almost pulled van Avermaet across to Majka when chasing the Pole. So far this year he has produced some very strong and consistent results but has only picked up one win. His race schedule after the Tour has been pretty light and he’s focussed mainly on recovering from that race and building slowly for here. In the Canadian races he did some good training on the attack and doing work for team-mates. Has he timed that peak well?

Rio rider number two, Majka came very close to winning the race but was caught in the final couple of kilometres and had to settle for bronze. In the recent Vuelta he looked to be strong in the final couple of stages and was on the attack in others, honing his form. Looking back, it is interesting to see that he made the break on both of the really steep summit finishes, stages 13 and 17. Getting some practice in for the Hell climb? It will be interesting to see how him and Kwiatkowski approach the race but I expect one of them to attack early and go from there. He’s not one to be underestimated.

I mentioned during the final week of the Vuelta that his form seemed to be on the up and he seems to provide a good second option for the British team, with the other obviously being his brother. A former winner of San Sebastian, a race that many say is a good form indicator for this course, he is a rider a lot of people will be wary of. Compared to Simon, Adam is the Yates with a better track record in the “classic” one-day races. Will this be of an advantage?

It’s pretty much blasphemous to have a short list of riders for a Worlds, even if they are outsiders, and not include a Belgian! The lowland nation has had a good championships so far and they will be looking to go out with a bang tomorrow. On paper they might not have stand-out riders for a route like this but Wellens, Benoot and Teuns could all go deep into the race. I expect them to be one of the most aggressive teams and they will look to animate the final 50kms. Wellens has had a great year and continues to develop into a very strong all round rider who can handle any terrain. He was flying at the start of the season before his form took a little dip but he seems to be on the way back up again. It would certainly be a dangerous tactic to give him any freedom.

A lot of the main favourites to wait it out until the Hell climb but by then the race will be too far ahead.

Adam Yates to win after attacking on the penultimate ascent of Igls and forming a strong group that stays away before he drops them all on that now famous climb.

I already have Yates from during the Vuelta but I’d still back him now, treating myself points wise after a very good women’s race today.

mytwospokesworth Final year student at the University of Stirling studying Marketing and Sports, with a passion for professional cycling.
Published September 29, 2018