The “richest race in women’s cycling” returns for its 5th edition, but second at World Tour level.

Last year saw Kirsten Wild take home the big prize, winning a bunch sprint ahead of ahead of Kessler and Kirchmann.

The race has a lot of positives going for it; big prize pool and live TV coverage are the main things.

However, the organisers can never seem to get the magical triple* just right, can they?

Which brings me onto another women’s preview where I annoyingly start by moaning and having a go at something, but after the nonsense TT (chase) we had last weekend, I’m past the point of caring!

Can we stop glorifying what are pretty much criterium races as progress for women’s cycling please? I’m not trying to be some internet white knight but they deserve better than this. Last week the opening “stage” of La Course was fantastic with the finish on the Izoard but making that only 67km was a little bit insulting. Having a criterium that is the same length and branding it as “spectacular” just takes the piss.

Why can the women not do the nearly the same route (the UCI limit of 155km will stop them doing it all) as the men, heck, they could even do the last 120km of it. I don’t understand why that is such a big issue for the organisers!

I miss the start of the season when we had races such as Strade Bianche etc, proper races that gave the women a chance to shine on a taxing course. Obviously, there needs to be a balance between having races for climbers and sprinters but I don’t see why races for the latter group have to be tamed down so much. Even at the recent Giro Rosa and Women’s Tour we had sprint stages of 100+km so there is no real reason why that couldn’t be the same here.

Anyway, let’s have a look at what’s getting me worked up.

A pretty much pan-flat 5.5km circuit around London taking in some famous sites. Maybe that’s what makes it “spectacular”? 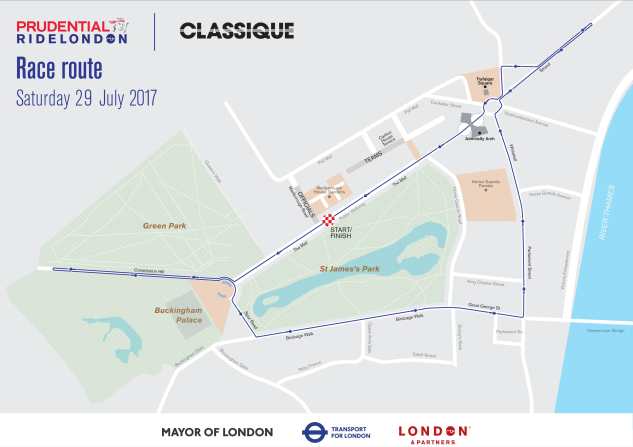 I was going to create a route profile on Strava but there is not much detail to know more than there are a few false flat sections!

I’m not entirely sure how many times they’ll be doing the circuit as there is no official information on the website as to the number of laps, but last year it was 12 x 5.5km laps so I imagine it will be the same this year.

We should see a sprint at the end of the day, it has ended in that manner in each previous edition, but there is always that 5% chance that a strong group gets away and there is no co-operation behind. That is very unlikely though!

The defending is champion is back here looking to take another victory. A little bit underwhelming so far this season, only taking two wins to her name. However, this type of racing suits her down to the ground and she can’t be ruled out. On form I would say it is hard for her to win, but given her nature I’d say it is very possible that she goes back to back!

The Belgian Bullet is arguably her biggest contender. The newly crowned Belgian champion got the better of Wild on two occasions in Chongming earlier this season. What’s even more impressive about that is that she was riding with an injury for the majority of the race! Having taken some more wins to her name since then, she has to start as the favourite in my opinion. 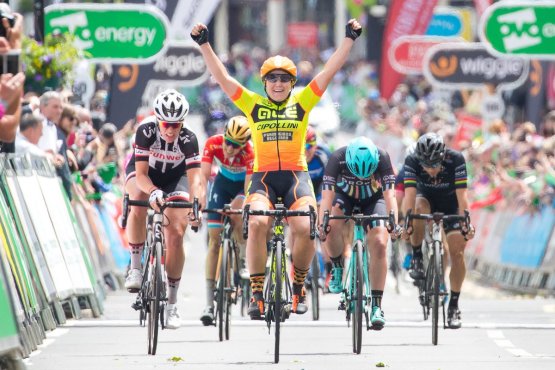 After her breakthrough season last year, Hosking has continued her success in 2017; notching up a few wins, including a strong sprint victory at the Women’s Tour. All of this has resulted in her contract being extended with Alé Cipollini, the Italian team have a lot of faith in her. In last years race she was boxed in and never really got going so she’ll be hoping to go better this time. With a 1st and 2nd at La Course and Madrid Challenge respectively last season, it is clear Hosking goes well on these type of kermesse style races. Having a rider like Bastianelli to lead her out means she should begin her sprint from a good position. Will she be challenging for the win tomorrow?

After a storming start to her season in the Spring, Lepistö returned to racing recently winning the National Championships double. More impressively though, she followed it up with a win and two second places at the tough Giro Rosa. A sign she is back up to race speed nicely! Her team support here isn’t great so she will have to go solo and jump onto another team’s lead-out but that is something she is capable of. She is a strong outside candidate for a good result.

A stand out performer in the Spring, the Sunweb rider picked up a couple of podium places at the Giro. Used to criterium style races thanks to her US up-bringing she will be strong on a course like this. With riders such as Brand, Kirchmann and Van Dijk on her team, I would argue that she has the strongest lead-out in the race. Can she finish it off?

A preview isn’t complete without the best female rider of her generation. After crashing out of the Women’s Tour, Vos returned to racing at the BeNe Ladies Tour. It didn’t start off ideally for her when she crashed in the opening prologue, but from there it went exceptionally well! She picked up two second places and two wins to take the overall GC title. Is another win on the cards here?

The young Brit will be full of confidence after recently taking her first win at the aforementioned BeNe Ladies Tour. She escaped with Vos on the opening stage and managed to beat her in a two-up sprint, not bad! I have been very impressed with her this season so far and I think she’s capable of another good result here.

Every team has a rider or two who could be involved at the pointy end of the day so some riders to keep a look out for are;

There are too many teams interested in a sprint for us not to get a bunch gallop. With Bronzini leading her out, d’Hoore should be placed into a great position for the run to the line. These types of races are her bread and butter! She’s not let me down before, so I’ll go for her again, the Belgian Bullet to take the win!

I think Alice Barnes might sneak onto the podium too.

The last 40 minutes of the race are being shown live on BBC2 (from 6pm GMT), with the whole event being shown via the Red Button (from 5pm GMT).

As for international coverage I’m not too sure, but there are plenty of sites out there where you can stream BBC2! Maybe the BBC site itself will work via VPN?