One second. Again! Think this must be the 6th time in two years that the rider I’ve backed for a timed event has lost out by one second.

Kwiatkowski rode a great TT but was just pipped by fellow countryman Bodnar, the latter getting revenge for being crushed by the Sky rider at nationals. After Sagan’s dismissal and Majka’s withdrawal it is good to see Bora still going well and challenging when they can! 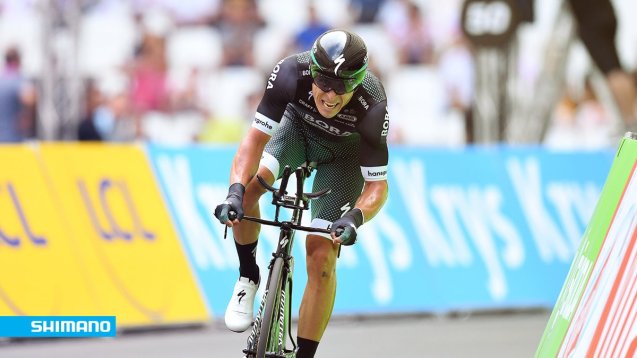 Froome came home third to convincingly take his 4th Tour title. Well, convincingly might not be the best word to use as he has looked anything but that this race, however the two TTs have won it for him! I wonder how the GC would have panned out if we had Valverde and Porte still here.

Oh well, let’s have a look at what’s in store for the riders on their final day of racing.

You know the score by now, a little jaunt from the outskirts of Paris that finishes with some laps of the Champs-Élysées.

A processional stage that will get more exciting once we hit the laps themselves.

Coming out from the underpass first with a few lead-out men in front of your sprinters is important. From there, being able to lead it through the sweeping bends with 500m to go will put your sprinter into a prime position into the closing straight.

That’s about that for the route, nothing more needs to be said really!

Weather wise the riders will start out in overcast conditions but that could all change later on in the stage depending on how processional they make the day.

This is the Tour, not the Giro, so we will see a sprint finish tomorrow. With Kittel no longer here, the door has been opened for the rest of the fast men to take a stage win and it could consequently become a bit hectic because of that.

The Green Jersey winner (as long as he finishes tomorrow) will be looking to go out with a bang. With arguably one of the best lead-out trains, he should be put into a good position. Brimming with confidence just now, does he have the speed to finish off a great Tour for Sunweb?

After getting a richly deserved stage win the Dimension Data will be looking to double up tomorrow. The other rider with a strong lead-out, he should be placed into a good position in the final straight. No doubt we’ll see Van Rensburg do another monster turn to get him there! There are questions about his willingness to take risks though which could see him start his sprint from further back.

Has won a stage at every Grand Tour he’s started over the past few years. He left it late last year, taking the final stage that time round and he’ll need to do that again this year if he wants to continue that record. His experience of managing his body through a race could be vital.

The flying Dutchman hasn’t really set sail this Tour so far, picking up two podium places along the way. However, he did look like one of the fastest riders on the pure sprint into Pau and with Kittel gone he’ll be hoping to go better.

Poor. That’s how I’ll describe his Tour so far. He’s a sprinter that I think can do really well but he’s just been very disappointing during this race. He’s been positioned well only for him to decide to fight for wheels instead, or just completely lack the kick to get involved in the dash to the line. He could turn it around tomorrow and he’ll probably be doing a rain dance tonight, but it I think it’s unlikely we’ll see him on the top step.

He’s been okay this race, especially when you consider that his original aim was to help Contador on the flat days and then look after himself. Now that he’s been freed from those shackles, he’ll hope to have the favour returned to him by the team. He would prefer a tougher finish but he should be in or around the top 5.

Another rider who falls into the poor category. He was close in some of the opening few stages but has fallen by the wayside recently. Crashing the other day hasn’t helped and he’s looked a bit sketchy since then. Maybe he’ll be hoping for poor weather to help turn his race around?

Petit, Colbrelli, Cimolai, Bennati and Selig will all be fighting for the Top 10.

My angle of thought for today’s stage nearly worked: pick a rider who is clearly still in form at the end of the race.

So with that being said, I think Matthews will win the stage tomorrow. 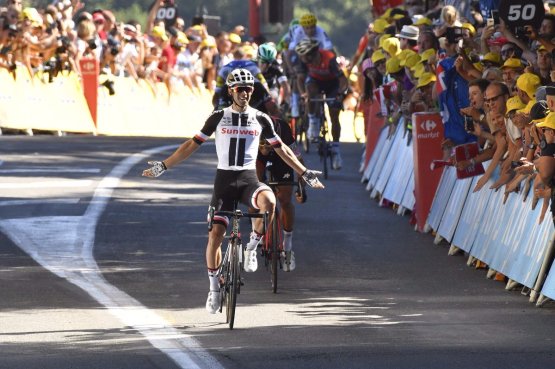 He may not be known as the fastest rider on a pure flat sprint, but after the past week he is the only one to have shown that he is in great form. His ability to climb over some of the mountains we’ve had should see him fresher for tomorrow’s finish. Brimming with confidence, he’ll take a memorable stage win in Paris wearing Green.

Thanks as always for reading but a big thanks if you’ve stuck with me through the past 3 weeks. It’s your continued support that makes me keep going when I’ve gone on awful stage prediction runs etc! During the Tour the blog surpassed 50,000 views for the year which is incredible so thanks once again. I hope that a few of you new readers will stick around for the rest of the season as we still have plenty more racing to go.

Next on the schedule for me will be San Sebastian and both the Ride London races.