A day that was attacking from the gun, we had several breaks up the road throughout the day, with the peloton splintering behind. It looked for a while as if Lucinda Brand was going to hold on, but she was reeled in with 5km to go and we ended up with a reduced bunch sprint. 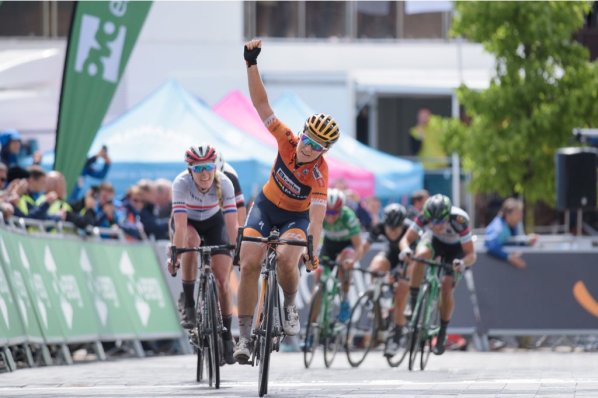 Niewiadoma still holds onto her comfortable lead, but Barnes now moves into third place on GC.

A similar profile to the one we had today although a bit more rolling towards the end of the stage.

Here’s a link to the interactive version of the profile.

Not much to speak of in the first 2/3rds of the stage, with a few uncategorised hills to contend with. That being said, the last rise before we get our categorised climbs is 3.3km long and averages 3.4%. I think it’s a bit harsh to be uncategorised!

The focal point of the stage will be the two Category-2 climbs that the riders will cover in quick succession.

Edge Hill is long enough and steep enough in some sections to cause splits in the peloton. The pace will then continue to be on once over the top and they hed towards Burton Dassett. Slightly shorter, but steeper in gradient, I think we could see what’s left of the peloton quickly disintegrate on this climb.

One of the reasons I say that is due to the length of the stage. Some women’s races are roughly 100km long, but the riders will have already covered almost 130km when they reach the bottom of the climb. Fatigue will play a big part in this stage, especially when you consider how attacking today was.

The one saving grace for those hoping for a bunch sprint of some sort is the 27km from the summit to the finish line to organise a chase.

We do have some small rises in the closing 10km of only roughly 1km and ~1.5% but they can’t be underestimated after a long and tough day in the saddle!

As for the finish itself it is very straight forward apart from one tight rind hand turn at roughly 500m to go. Other than that, the rest of the run in is “sweeping” and the riders should be able to go full gas!

We should see another attacking day out and there is the possibility that a breakaway makes it all the way to the line.

There are several quality riders far enough down on GC who can finish off a stage like this if they are given some freedom. However, with WM3 looking quite weak today aside from their GC leader and Vos, I think other teams will be looking to expose them over the final 35km.

Much like yesterday, I think we’ll either see a very reduced bunch sprint or a late attack sticking.

Once again, I’ll go for the latter!

Should I jumps ship from the three riders I named yesterday?!

I’ll name two of the same, but change one as Audrey Cordon seems more focussed on the QOM jersey rather than anything else. 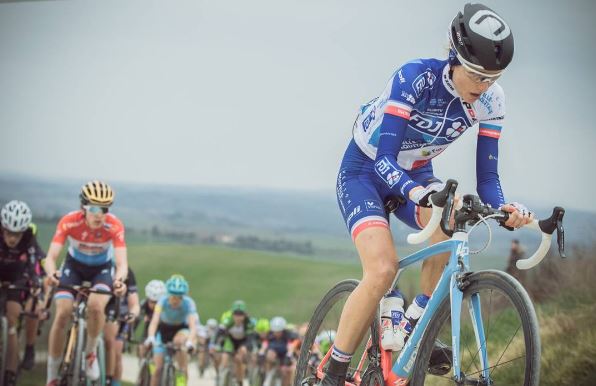 The former Aussie TT champion was in the mix today but was actually caught out in a split in the bunch, losing a few seconds on GC. She is an attacking rider and could well use one of those small rises in the final 10km to her advantage, pealing off the front of the bunch and staying clear to the line. She’ll need to do that as she doesn’t have much of a sprint! My other season long fantasy rider (Pieters) won today, can Gillow repeat that feat tomorrow?

The young Dane has been attentive so far this race, finishing near the front of the bunch on both stage so far. With a lot of the other riders concerned with her team-mate Moolman, she may use that to her advantage and escape. Packing a solid sprint, she could also win in a two or three rider gallop to the line. Will her inexperience cost her?

It’s nice to be able to list a fellow Scot as a stage contender for once! The track star has been slowly turning her attention to the road and has picked up some fairly solid results so far this season. Her abilities as an all-rounder seem to be improving and I think she could definitely surprise.

I’ll hedge my bets and go with Cecilie Uttrup Ludwig, who could get involved in both a reduced sprint and a late breakaway! 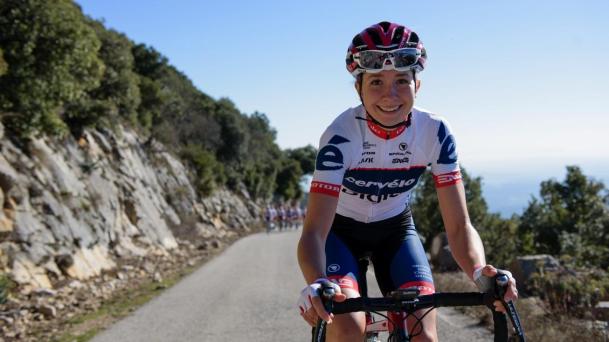