Back now for its 4th edition, the Women’s Tour now has a new headline sponsor – Drake! Joking aside, we should be in for a good week of racing with a whole host of talented riders here looking to take the crown.

Deignan is here to defend the title she took last year, but can she manage it?

I’m unsure if she will or not! On paper, the route looks a lot easier than the previous editions and some riders have highlighted that themselves. Nonetheless, it will all depend on how aggressively they attack the route and of course, the typically bad British weather might play its part too.

If we get a selective race then on form Moolman looks the rider to beat. She’s won the last three races that she has entered and seems to be fully recovered from her crash at the end of last year. Packing a solid sprint after a tough day, she can challenge in a lot of situations.

Deignan obviously will be expected to go well, and the same can be said for her team-mate van der Breggen. There are many other names to consider as well such as Longo Borghini, Gillow and Vos. The latter is also in imperious form and seems back to her sublime best, winning the last three of her races! 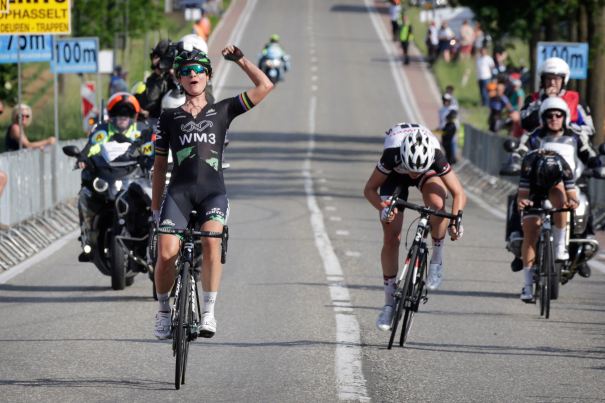 However I am unsure if it will be as a selective race in comparison to last year’s edition. I’m really on the fence with this one!

We have some good climbing sprinters such as d’Hoore and Hosking who might fancy their chances of making it over some of the climbs towards the end of the stages. If they do, then they’ll be tough to beat.

Stages 2 and 4 look to be the most difficult with climbs coming in the final 20kms that could well be a launchpad for attacks.

Nonetheless, I’m going to go for a bit of an outsider to take the win…

I think Hannah Barnes has the credentials to step up here. I was very impressed with her climbing performance in the Tour of Yorkshire and the current British Champion seems to be coming of age this year at Canyon. A fast sprinter after a tough day, she should be there at the end of every stage and will be looking to use her local knowledge to gain an advantage over her competitors!

Let’s have a look at what’s in store for the riders on the opening day!

A relatively easy day out in the saddle that should end in a bunch sprint.

We have a few QOM points in the first half of the stage but nothing too severe, with the route being mostly flat throughout the day. Although with that said, the roads can be viewed as “grippy”!

The run in to the line isn’t too bad but there are a few 90-degree turns in the closing 5km.

The major danger is a very tight right hand turn at ~2km to go. It’s more than a 90-degree turn and could be a real choke point if teams are starting their lead-outs.

Interestingly, the road does kick up ever so slightly before the final corner, so the sprint might not be as straight-forward as it initially seems. Furthermore, there is some road furniture before the road goes up.

As crazy as it sounds, maybe the riders will bunny hop the middle section? Either way, I hope it is properly marshalled as it could become very dangerous. I imagine they’ll be sent around the left-hand side of the traffic island, that looks the quickest way to me!

You can see the road rising in the distance. How selective that rise will be depends on how much speed the riders can carry through the tricky section highlighted above.

We then have a left hand turn at roughly 150m to go. Exit that corner in first place and you have a great chance of winning.

The finish reminds me a lot of Liege, just not as severe a rise before hand!

Where else to start than with my winner of this race overall; Barnes. As I’ve mentioned above, she has a fast kick after a tough day and this finish should put her on a more equal footing with some of the faster riders in the peloton so she certainly has a chance.

d’Hoore – The Belgian sprinter is more than just one of the fastest riders in the peloton, she can also climb well. A classics specialist, the strong Wiggle rider should be able to make it over the rise to the line. Winning several stages in Chongming while injured highlights her strength and if she’s maintained that form then she is one of the main riders to beat! 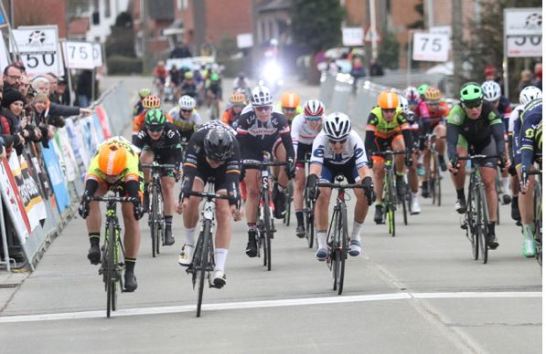 Wild – Another strong sprinter, the Cylance rider failed to take a win in the Tour of California but she never finished lower than second in Chongming. Her sprinting legs are clearly there, it’s just a question if her climbing legs are too. She’ll be expecting to fight for the win and nothing less.

Hosking – One of my favourite sprinters, the Australian has continued on from her great 2016 season with a very solid start to the 2017 season. In the early races she was climbing the best that I have ever seen from her and I see no reason why that will have changed by now. Having not raced for a month she might be lacking a little kick, but the same can be said for the majority of the peloton.

Blaak/Pieters/Deignan – I’m not sure who Boels will be pulling for in this stage, maybe Deignan will be given home bias? Either way, they should have someone in the top 5 at the end of the stage.

Elvin, Mackaij and Vos will all be in the mix as well.

I’ll go for an impressive win from Hosking! 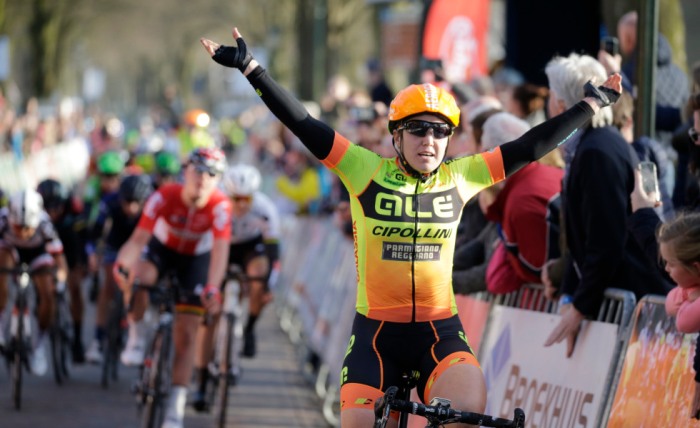 Unfortunately there’s no live coverage but you can follow the race on twitter via the #OVOWT. However, there will be a daily highlights show on ITV4 during the evening (I’m not sure where else it is shown worldwide).

Thanks as always for reading and any feedback is greatly appreciated. Who do you think will win GC and stage 1? Anyway,