Despite Astana and Bahrain’s best efforts to try to split things up a little before the final climb, we had a pretty large peloton arrive at the foot of the ascent. Movistar took it up early and things quickly thinned out, however, no one really wanted to go full gas from the bottom like they did last year. Possibly knowing just how brutal the climb they decided it was better to save something. Astana then put in a little dig on the false flat descent but it was Tim Wellens who took the corner I highlighted in the preview yesterday, exactly the same way he did back in 2018. Carrying some momentum through it and onto the steep finish, he sat in the saddle and powered away from everyone as they struggled to hold his wheel. A dominant performance and a good one to beat Astana and the illness he faced a week or so ago! 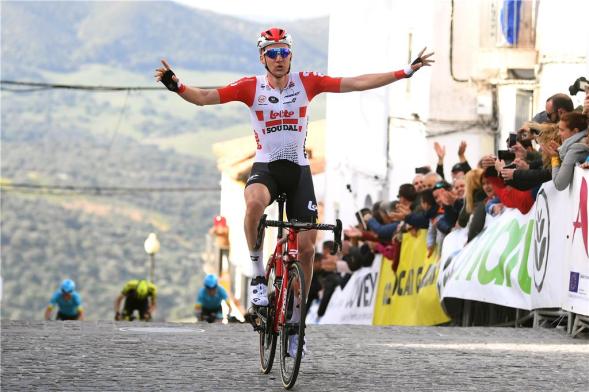 Astana will be happy with their current position though with Fuglsang and Izagirre taking 2nd and 3rd respectively.

Disappointed with blog pick Yates, who looked as if he was being brought up by his team-mates but then lost the wheel with around one kilometre to go until the start of the climb. From there he began the ascent in about 50th place and was never going to come back after that. He might not have won against Wellens, but we’ll never know!

Oh well, let’s have a look at what is in store for the riders tomorrow.

A long day in the saddle which sees the road rise steadily up; will the sprinters be able to hang on?

With nothing overly difficult in the opening 185 km of the stage, the main battle will take place over the final 25 – 30 km. 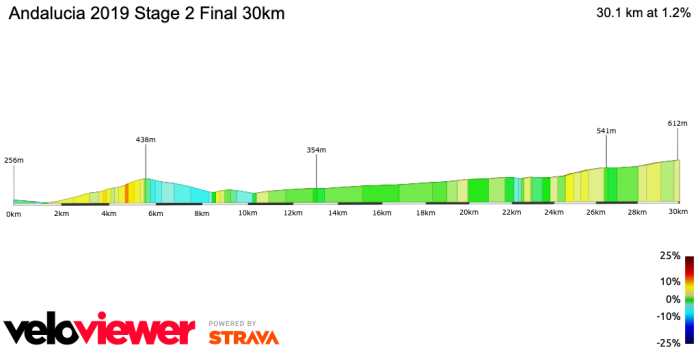 The only classified climb of the day crests with about 24.5 km to go and given it’s 4.6% average for just over 4 km – it isn’t exactly the toughest ascent in the world either. However, it definitely could be used to put the peloton under a little pressure, especially if those eyeing up stage victory later on want to make things more difficult. After a short descent, the riders face the final 20 km which are all ever so slightly uphill, averaging 1.5%. 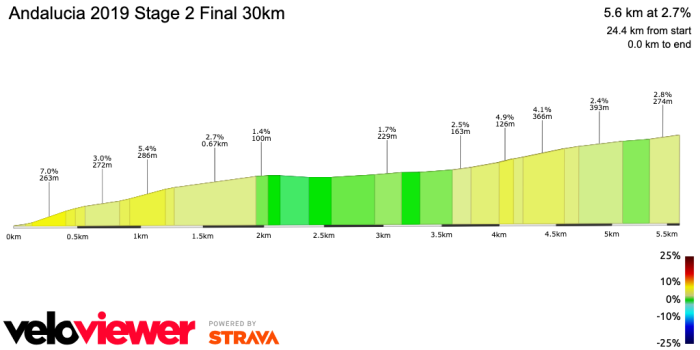 The day will be decided (obviously) in the final 5.6 km.

With some time gaps after today’s stage and no bonus seconds on the line, it could actually be a day for the breakaway. However, I don’t think that will happen as there should be enough interest behind from teams wanting a stage win to close things down.

Will it be controlled all the way to the line though?

With no pure sprinters here as such, the likes of Trentin and Van Poppel will be hopeful of sticking with the bunch and being the fastest riders left. Yet, it will be a tough ask for teams to keep things in check as I think plenty will fancy their chances of attacking in the finale and spoiling the party. The classics riders and puncheurs will be licking their lips at the prospect of the drags in the closing 5km.

Consequently, I think we might see a small group get away near the end of the day, who battle it out for a stage win. Or even a solo rider who times their attack perfectly as everyone else looks at each other.

Riders to look out for include Prades, Gavazzi, Luis Leon Sanchez, Canola and of course the aforementioned Trentin and Van Poppel.

However, I don’t think any of them will win, instead…

A blog favourite will be raising his hand come the end of the day and that man will be Matej Mohoric. 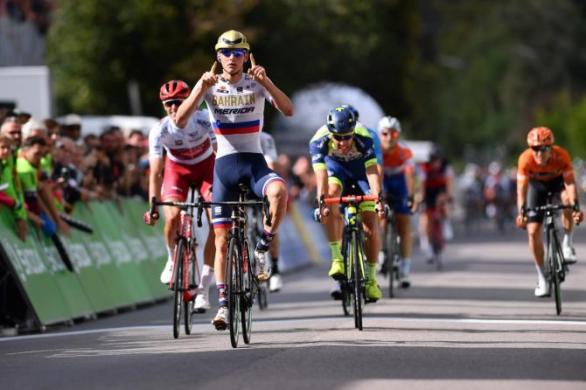 I was very impressed to see Mohoric grinding his way up the climb today, slowly picking off riders ahead of him and ending up in 11th place. He’s a rider that keeps improving year on year, especially now that he is fully focussed on his cycling after finishing his studies. We saw that come to fruition last year with what was a breakthrough year and I expect him to match that this season with some very strong performances in the classics. The slightly tricky finish looks perfect for him to launch a doozy of an attack in the closing kilometres and with a bit of confusion and lack of co-operation behind it will be very difficult to bring him back. Mohoric does also have the advantage of packing a pretty handy sprint in a stage like this so he might just wait but that isn’t his nature. All or nothing for Matej!

Thanks as always for reading the preview and apologies it is slightly more stumped than normal; I’m a bit under the weather and trying to write two previews a day takes a little time. It’ll probably the same tomorrow as I’m heading home for the weekend so will be spending a bit of my time travelling. Anyway,