Simple break went after Tony Martin’s cheeky move was brought to heel. Consequently it was a pretty easy day for the majority of the peloton. There were a couple of attacks on the run in but the sprinter’s teams had it under control. It was quite a scrappy sprint but in the end it was Sam Bennett who got the timing nailed on today, after going too early on Stage 2 and too late on Stage 3. 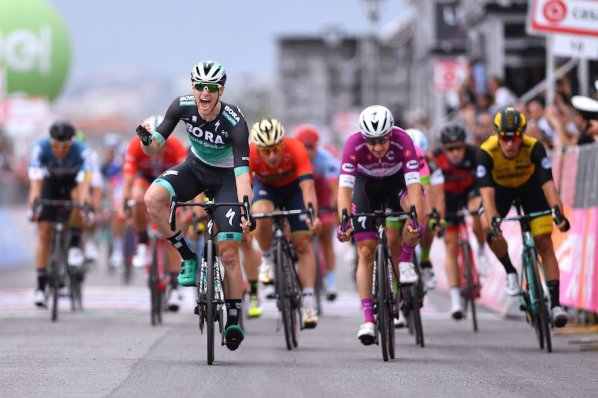 The Bora rider followed Viviani’s wheel excellently in the closing kilometres, eventually coming round the Italian within the closing 25m as the Quick Step rider faded to second. An all-over-the-road Bonifazio managed to get up for third which was a good result considering he had to swap a wheel with 17km left. Was a bit of a dodgy sprint from him mind!

With the GC staying the same, Yates still leads into tomorrow’s summit finish. Let’s have a look at what is in store for the riders.

A rolling day with a lot of uncategorised climbing in the opening part of the stage which should see a strong break form.

At 209km it is a long day for the riders too and the 3000m+ of elevation gain will be a tester on the legs. Thankfully for them, they have a large section of flat to have a rest on before the final climb of the day.

There is an uncategorised drag to the town of Celzi which averages 5.8% for 3.5km but given that it is still 30km to the finish it is unlikely to be the scene of action. With that said, given the strong chance that tomorrow is a day for the break, then we could see a thinning down of the move here. 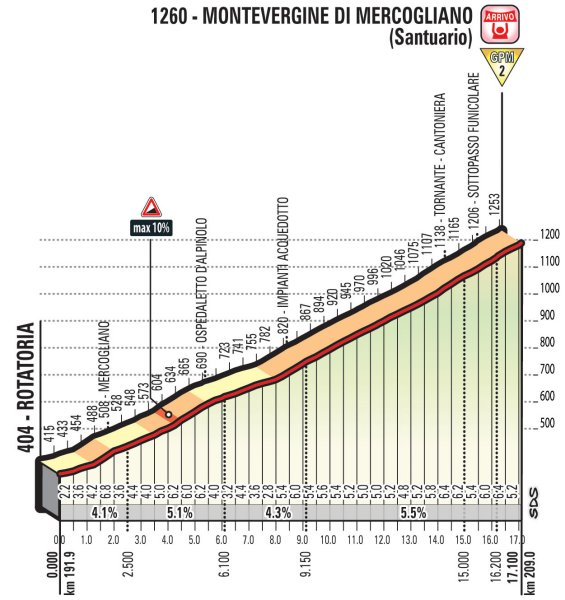 The climb of Montevergine di Mercogliano is an easy one by Giro standards, averaging pretty much bang on 5% for 17.1kms. It’s too straight forward for any GC gaps unless someone is on a really bad day. Last time we were here in 2011 when Bart De Clerq just held off from the morning break, nearly being pipped on the line by a large group of GC riders and some.

Given the relatively easy finish for the GC guys and with a much harder stage to look forward to on Sunday, I think we’ll see the breakaway stay away tomorrow. Unless of course some sneaky character infiltrates the attack. Even then, if they aren’t too much of a threat overall then the move should still stick.

So it looks as if it is time to play everyone’s favourite game!

I don’t think Androni have missed a break this Giro so it would be silly not to include one of their riders here! Masnada is not a household name and he is certainly a rider only “hardcore” cycling fans will have heard of but the young Italian is fairly talented. 2017 was his first year in the peloton after being with Lampre as a stagiare for the final few races of 2016. He produced some ok results throughout the year but by far his stand-out performance was a 4th place in the Queen stage at the Tour of Turkey, which cemented a 3rd place overall. Not bad for a first year pro! This year has seen him deliver consistent results with a 3rd at the recent Giro dell’Appennino his best to date. The “easy” gradients of the final climb should suit him. He won’t be hard to spot, he’ll be the guy with the white glasses, rocking and rolling all over his bike!

Astana have stated that they’ll try for stage wins throughout the Giro and they have a few good cards to play for tomorrow with either Hirt or Lutsenko. The former was a revelation at this race last year, finishing a lofty 12th place on GC at the end of the three weeks. On the Etna stage he did a lot of the pulling on the early slopes of the climb, shelling out riders out the back of the peloton. After pulling the plug he cruised home 16 minutes down. His 10th place on GC in the recent Tour of the Alps highlights that he does have some good form at the moment and he would be a big danger in the right move. With the way Astana have performed this season, you wouldn’t rule him out just riding away from everyone. 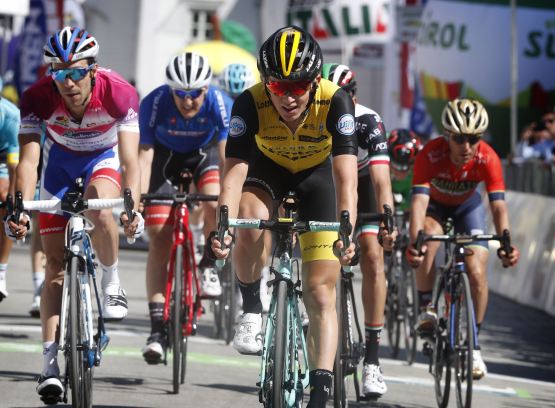 Although Lotto Jumbo have Bennett high on GC, they also have a few climbers who they will hope can chase stage wins from breaks this race: Bouwmann is one of them. The slight Dutch rider is into his third year at WT level and he’s enjoyed some success this year with a 5th place on GC at the Coppi e Bartali. That result could have been so much better though if he had not crashed on the descent while away solo on the Queen stage. He’s not the best climber from a GC group but from a breakaway he certainly will have a chance. Packing a bit of a kick, if it comes down to a small sprint then he will back himself. 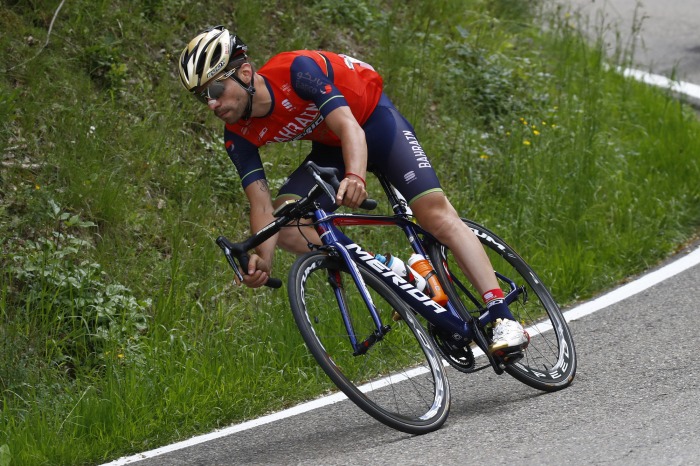 So close on stage 5, it is a case of “what might have been?” for the Bahrain rider after he expended some crucial energy to bring back his team leader. On a proper mountain top finish with an average of 7% then Visconti would struggle but with the 5% on offer tomorrow it brings him into contention. He’s obviously in good shape just now but it will be interesting to see how recovers after a tumble the other day. If he’s back to 100% then I would be surprised if we don’t see him in the break!

For those of you have only followed the blog recently then let me do some explaining. Last year I had a terrible Giro prediction wise and I received some wonderful feedback from a “Mr Wong” who said that you would have a better chance of choosing a rider to go well by pinning all the names on a board and throwing a dart at them. So in good spirit, the Wongshot section was made, where I put the startlist into random.org and see who comes up. Funnily enough, I did a very similar RandomRider section the previous year at the Giro but that just doesn’t have the same ring to it.

It’s a good bit of fun for a day like tomorrow, so here goes…

Not actually the worst rider ever to make an argument for, he was my second choice Androni rider but I love Fausto so yeah. Cattaneo is a former winner of the Baby Giro back in 2011 when he beat the likes of Anacona and Aru. While at WT level he never really fulfilled his potential but a step down to Pro-Conti level last year saw his results improve and a renewed faith in his own ability. He had a great year scoring plenty of top 10s in .1 and .HC races, including his first pro win in La Provence. The finish climb tomorrow might be a bit on the long side for him but given his undoubted talent you never know!

The break to stay away and Astana to get the stage win they’ve been longing after with Jan Hirt.

He’ll put everyone into the, ahem, Hirt Locker…

0.5pt WIN on everyone else (including the Wongshot);

You might get better prices elsewhere later on but I’m busy this evening so just want to get this published now!