This will be a short and sweet preview!

An exciting finish to this afternoon’s racing saw a plethora of attacks go and be brought back before we ultimately had a reduced bunch gallop of 50 riders sprinting for the win. Omar Fraile made it look all too easy, producing a powerful kick to distance favourite (after Matthews was dropped) Sonny Colbrelli, with former World Champion Rui Costa rounding out the podium. 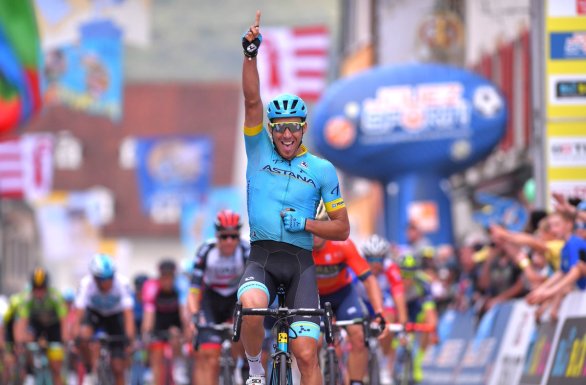 It was one of those annoying punting days where the three riders were in the mix, with Buchmann squirreling off the front for a bit, Roglic being attentive and marking GC riders and Bernal getting up for 6th in the sprint but ultimately no bacon was brought home. Hopefully something that will change over the next few days!

With that said let’s take a look at what is in store for the riders tomorrow.

A tough start to the day with the riders climbing almost from the gun.

This should ensure we get a fairly strong break that gets up the road before things get slightly easier for the following 80kms. The main test of the day is the Col des Etroits (5.7km at 6%) which crests with just under 65kms to go. However, it is too far out for any major action so it will come down to the rolling profile of the final lap circuit which will decide the day.

You can view a profile of that circuit here.

They shouldn’t be enough to put the sprinters into difficulty but you never know, some went pop pretty quickly today.

As for the finish itself there are a couple of roundabouts and tight turns in the closing 5kms but nothing too crazy. Although a turn at 400m to go could well prove me wrong.

On paper, it should be one for the sprinters but the tough start will tempt a strong breakaway and if we get a reasonably large-sized group (6-8 guys) then they might not be brought back.

Furthermore, we don’t actually have that many sprinters here with Matthews, Gaviria/Viviani and Colbrelli the main ones in attendance. Consequently, a lot of the work will be left for their teams to chase – do they have the firepower to bring back a strong group? Probably, if everyone works well.

Tomorrow does have the same feel about it as the stage that Küng won from the break last year.

For the break to stay away the riders involved in it need to be either far down on GC already, or not a threat for the overall come the end of the week.

De Gendt will no doubt be up the road and he already tested the waters today. Others to possibly look out for are Dillier, Poljansjki, Frankiny and Ludvigsson for example.

Yet, I think we’ll see enough of a committed chase and a sprint at the end of the day. Maybe.

Whichever Quick-Step rider sprints will take the day and after he looked stronger (wasn’t dropped as early) this afternoon, I’ll go with Gaviria as the winner! 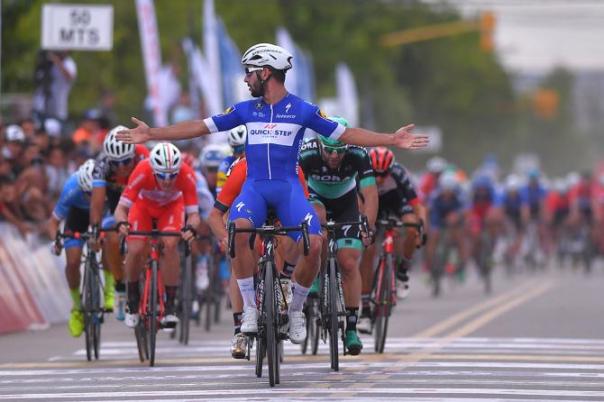 Can’t back any of the sprinters with confidence so a wasted 0.5pt on some break hopefulls it is:

Apologies for the shorter preview. Who do you think will win? Will we see the expected sprint or will a surprise break make it? Anyway,