All hail the King of the Breakaways.

After a small move made up of very strong riders went away this morning, Jumbo decided it would be a good idea to give them more than 7 minutes of an advantage. With no-one helping to aid the chase until we got into the final 65km where Bahrain took over, the gap was sustained for a long time. Slowly the group ahead was whittled down to just Campenaerts, De Gendt and Brown on the last categorised climb of the day; and they still had over 5 minutes going into the last 40km.

Campenaerts soon went out the back and De Gendt shelled Brown once we got onto the local lap’s climbs. From there, it was a TDG v Gasparotto TT and there was only ever going to be one winner! 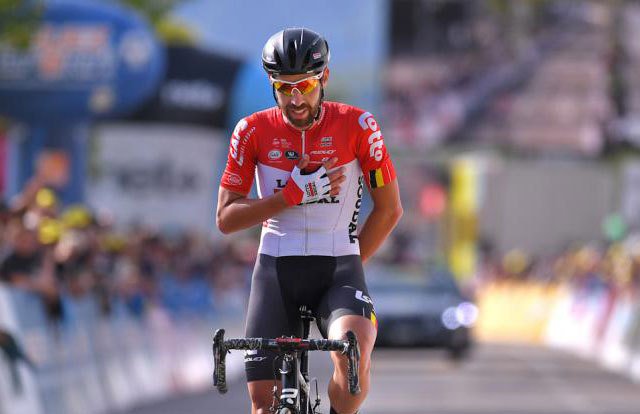 Behind, Colbrelli won the sprint for second with Dumoulin rolling back the years with a third place.

Roglic still retains the race lead as we head into what will be a crucial stage tomorrow. Let’s have a look at what is in store for the riders

Hmm, I think this is going to be the shortest route analysis ever:

Mountain TT day so it will be a tough day out for the fast men, who will just be hoping to make the time cut. Villars-sur-Ollon is a tricky climb that has been tackled back at this race before: most recently in 2016 when Froome managed to hold off a group of favourites after he was given some freedom due to losing a lot of time the previous day. 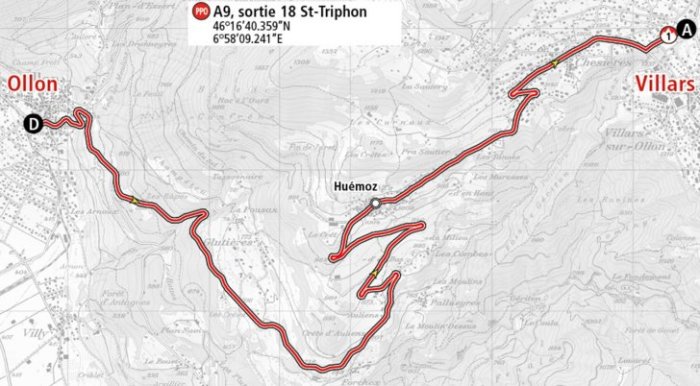 With an average of 8.1% for 9.7km, it will be hard for a non-climber to win. Even the very best TT riders such as Dennis etc will struggle.

A mountain TT is something we aren’t treated to often as cycling fans with Alpe di Siusi in the 2016 Giro the most recent one that I can think of at a WT event in Europe. Although I’m sure someone is bound to correct me if I’m wrong!

Given that it is a one-off effort and essentially a w/Kg contest then Dennis might be up in or around the top 10 but I really think it will be difficult for him to compete for the win. Unless of course he has really prepared well for the Giro over the past few weeks and he’s lost a bit more weight. Instead it is his team-mate who probably starts as the favourite.

The best rider in the world on 4-6km climbs, tomorrow’s 10km effort might not be ideal for him but that won’t stop him charging up to Villars. If I knew he was in tip-top shape then I would probably end the preview here because no-one would be able to match him but it is that unknown about his form which makes it interesting. He was ok in the prologue but on balance he will probably be disappointed with his performance on that day and he’ll want to go a lot better tomorrow. He’s won the Col d’Eze mountain TT in Paris Nice on two occasions but that climb is easier than what we have here, although that shouldn’t phase Porte. As I’ve said, his form is a big unknown but I wouldn’t be surprised to see him blitz everyone away here. Look for team-mate Van Garderen to put in a good time too.

We certainly know what the current race leader’s form is like, he is flying at the moment. Roglic has never done an uphill TT as far as I’m aware, so it will be interesting to see how he copes but he certainly is capable of putting out enough watts to compete. The one question mark that I have over his head is does he have the ability to be up there fighting the very best climbers on a one-off ascent that is as long and as steep as this? There is only one way to find out…

I would say that Thomas might suffer the same fate as Roglic given they are both slightly heavier compared to the likes of Porte, but then again, they both can put out a lot of power for a good time. Furthermore, we saw in Trentino last year that the Sky rider followed a very strong Quintana closely home on the Terminillo, not a bad result for someone who isn’t a natural mountain goat. Sky have been very impressive in TTs this year so why should that change for an uphill effort against the clock? He should be fighting for the win.

As should his young Colombian team-mate. Bernal is one of the most exceptional talents to have come through the ranks in the past few years and I’m looking forward to seeing what he can do tomorrow; this climb looks right up his street. We saw in Catalunya that he was the only guy who could match a flying Valverde and if he produces a similar performance tomorrow then he might be the surprise package of the day. 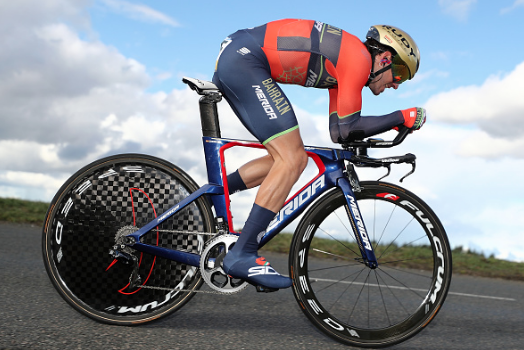 He’s had a good comeback this year after his season ending injury at the 2017 Tour. In both Paris Nice and Itzulia he looked very promising but in Fleche and Liege he was disappointing, particularly as he went well at the latter in 2017. An uphill TT should be to his liking but it just depends which Ion shows up tomorrow.

You can’t talk about inconsistent riders without mentioning Mr “goes well at one of the Swiss races each year”. Don’t really think that nickname will catch on…We saw at the Tour de Suisse in 2017 a flying Spilak and on his day he can climb with the very best. In fact, on the same Terminillo stage that Thomas finished second on, Spilak came home 5th after being an aggresor on the earlier slopes. Who knows what we’ll see from him. I wouldn’t be surprised by a podium or a 23rd place.

The French TT champion has looked lively so far this race and he could snatch a very good result tomorrow. The Grinder, as Kirby likes to call him for some unknown reason, has built on a promising early few seasons as a pro with a podium place on GC in Catalunya earlier in the year which included a hard-fought 4th place on La Molina. He’s one to watch with interest.

Also, riders you wouldn’t normally consider for a TT might be fighting for a good result due to the nature of the course, such as Martin, Fuglsang and Betancur. 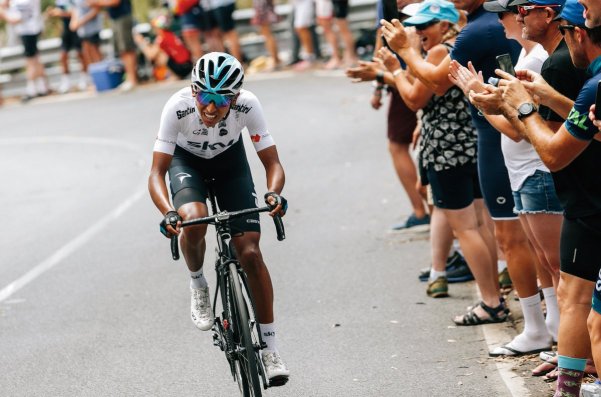 Then 2pts on this double. 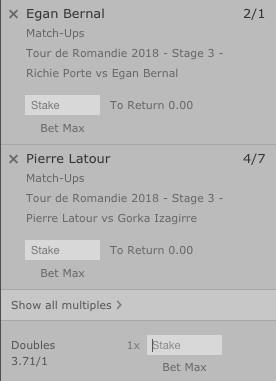 Thanks as always for reading. Who do you think will win tomorrow? Will we see some surprise results? Anyway,