The race is back for its second edition as part of the Women’s World Tour and like the men’s counterpart, it kicks off the Women’s Ardennes Week.

In 2017 we had an aggressive race almost from the gun but it wasn’t the climbs that split the race. Instead, strong winds caused echelons on the flatter sections between the hills, before they did their own damage. The penultimate ascent of the Cauberg saw Deignan, Niewiadoma and Longo Borghini escape but due to everyone not putting in their fair share of work and a massive chase from Van Dijk saw the gap reduced before the Bemlerberg. Van Vleuten, van der Breggen and Rivera attacked on the climb and managed to bridge to the trio up ahead. From there the outcome was almost inevitable as numbers for Boels played their part; van der Breggen attacked solo and she was not seen again by the others until the podium ceremony.

Behind, Deignan made it a 1-2 for Boels after winning the sprint with Niewiadoma and Van Vleuten inseparable in the photo finish so they oddly shared third place.

Will we see a similarly attacking race this year? First, let’s have a look at what is in store for the riders.

Pretty much the same as last year and in fact, it is 3kms shorter at only 118km, making it one of the shortest races in the UCI WWT calendar. Hopefully it should entice some attacking racing!

The women’s race sticks to a more traditional Amstel route, with the Cauberg coming just before the finish.

The famous climb has its steepest ramps in the opening 400m as that section averages 9.5%. This is where the more explosive riders and better climbers will hope to drop anyone that is trying to cling on for a sprint. That is if we see a big group arrive at the foot slopes…

So often we here about the Sagan factor when talking about the men’s races (I myself am guilty of that – see my preview for Amstel) but little is made of just how good the Boels rider actually is. Last year she survived the #HaugheyCurse and took home a famous Ardennes triple and this season she has started with a bang winning Strade Bianche and the Tour of Flanders in dominant fashion. On a hilly course like this there are very few who can match her if it comes down to the final climbs. She also possesses a very strong time trial which allows her to attack from a distance and hold off a bunch.

All of the other teams and riders will be very wary of her but what can they do to stop her? Well, one thing is already going their way with Deignan not racing this season which means that van der Breggen will have a much tougher task in the finale. Boels still have a strong team with Guarnier, Pieters and Canuel hopefully going far into the day.

However, if the other teams start making some serious attacks from a good bit out, then Boels might not have the firepower to keep it all together. I hope we see some of the co-leaders / second in line riders give it a dig from 30km out to shake things up a bit. Nonetheless, given how imperious van der Breggen has been, she still has to start as favourite for the race. Who will she be up fighting against for the title though?

She couldn’t break the Boels dominance last year but three podium places in a row throughout the week highlights just how good she is at this type of terrain. So far this season she has been slowly building form, taking aim at this week, but also managing to win Trofeo Binda along the way. An exciting rider to watch, she lit the blue touch-paper last season and I expect to see her and her Canyon team ride aggressively again – they are super strong. With Ferrand Prevot by her side, they could form a formidable duo, only if the latter has fully recovered from her crash in Flanders.

A true warrior, she also went down in Flanders but continued on with a dislocated shoulder before sprinting to third place. This race is important to her due to it being on home roads and she possesses all of the attributes to go well here. Mitchelton bring a very strong squad in support of van Vleuten with Spratt and Kennedy both very capable climbers themselves. They are one of the teams that I hope animate the race in the closing hour of racing as any three of the riders mentioned could potentially win the race in the right circumstance.

The Italian champion has had a solid start to the year but compared to previous season’s she will be rather disappointed. She’s missed a few previous races due to illness but arrives at this race feeling much better apparently. An almost ever-present rider in these types of races she will want to be near the front tomorrow. One thing I admire about her is her never say die attitude and that she is always willing to work with whatever group she finds herself in. It will be hard for her to win but she’ll be helped by super-domestique Cordon Ragot deep into the race, who might even get a chance herself in a tactical finish. 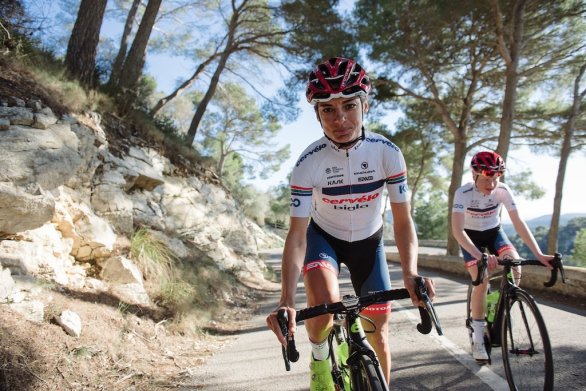 This is what the South African’s early season has been geared towards but to say she has just been finding form at the other races would be an insult! Her lowest finishing position out of her 8 race days so far is 8th, not bad. A great climber who also can produce a very strong sprint, a lot of her contenders will be worried about bringing her to the line. Her team isn’t the best and a lot of the workload will lie with Ludwig in the closing stages but given the form Moolman is in then she can’t be discounted no matter what.

I think we’ll see a tactical race and having numbers in the front groups on the road will be very important. However, I think we’ll see a small group of 4 or 5 escape with Van Vleuten winning a sprint to the line after her team-mate Kennedy does a lot of the pulling at the head of the race in the closing kilometres. 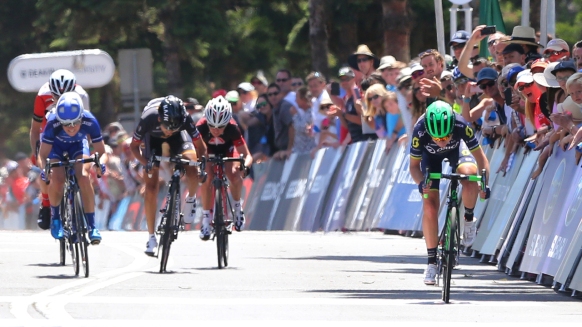 The final 45 minutes of the race will be streamed on Eurosport Player and via various different broadcasters throughout the world so have a check of your local listings to find more.

Before the live stream starts though you can follow the race via the hashtag #AGRWomen or #AGR18 or just #AGR… I’m not a fan of organisers that can’t decide on one hashtag for their events!

Thanks for reading as always. Who do you think is going to win? Will it be one of the usual suspects or could we see a surprise? Anyway,