With the cobbled classics now over the riders have a mid-week race in Belgium to transition over to the Ardennes. Brabantse Pijl is the perfect event to make that switch as it combines some punchy, short climbs with a few cobbles thrown in for good measure too.

Last year saw an attacking race with a strong group forming around 40km from the lune. They were never given too much leeway, the gap peaked at just under a minute, but the peloton were never able to bring them back in as it was only Direct Energie and Sunweb who committed to any sort of chase. In the final 5km Wellens and Vakoc attacked from the bunch and bridged across to the head of the race just in time for the last climb and gallop to the line.

However, it was Sonny Colbrelli who took home a comfortable win after he out-powered Vakoc and Bennoot who rounded out the podium.

Will we see a similar outcome tomorrow? Let’s have a look at what is in store for the riders first though.

Slightly longer than last year but pretty much more of the same.

Short climbs litter the route with 20 peaks to contend with in the final 90kms of the race for the riders. Teams always have to be wary as a strong move can go at any time, like last year, and given the up and down nature of the course it is pretty difficult to organise a fully fledged chase.

You can view the profiles of all the climbs on this handy website here.

After the Schavei the road flattens out ever so slightly for a few hundred metres which gives a chance for things to regroup if they’re split on the climb. Conversely though, it also provides an opportunity for the strongest rider to continue on and grow their gap, just like Vakoc did in 2016.

Although it is a 1.HC race, the top of the results in the past few years have been dominated by the World Tour teams. You have to go back to 2012 to find a winner here that came from a Pro Conti level squad: the ever gurning Thomas Voeckler. Every rider in the top 10 last year rode for a WT team.

So are they unbeatable?

No, I don’t think so and there are two reasons behind that:

1. We have fewer World Tour teams here this season, with only 7 bringing squads to the race compared to 9 in 2017.

2. Smaller teams in general will make the race harder to control, especially for those with a sprinter.

Consequently, some attacking riding from the Pro Conti squads might see them rewarded here.

As is often the case with these types of races there are a lot of riders who might have a chance of winning in the right situation. There are a few clearer favourites such as Colbrelli, Teuns, Jungels, Benoot and Wellens but where is the fun in me telling you a lot about them considering them and their talents are already well-known. Also, as I think the race will be quite attacking and open then these following 4 lesser known riders might just have a chance at a good result.

After having a couple of relatively quiet seasons Canola was resurgent in 2017 taking 6 wins throughout the year, albeit most of them were in Japan against not the most stellar of opposition. Nonetheless, those achievements shouldn’t be discounted and he has started this year in ok form with a 2nd place in Larciano the stand out performance. The Italian is a punchy climber who in theory should be able to cope with the hills that we have tomorrow. With an explosive kick if he arrives in a small group then he has a good chance of stealing a great win.

It is fair to say that the CCC rider is in a purple patch currently having recently won the hilly final TT in the Coppi e Bartali but more impressively was his win in tough conditions in the Volta Limburg. It was a crazy day on the bike for Tratnik as he attacked out of the peloton with another rider to join up with the breakaway at 45km or so to go. In the final 10km he attacked and was only followed by one rider (who crashed), before Tratnik took a wrong turn and had to chase back to the group, ultimately winning the reduced sprint. He comes into this race as CCC’s named leader and he’ll be one to watch; although it will be hard to miss him in the orange-fluo kit!

A rider that has taken a little bit longer to make his name in cycling compared to his fellow 2014 Lotto-Soudal stagiares; Naesen and Benoot, Meurisse plys his trade for Pro Conti team Wanty Groupe Gobert. Like the others on this list (and to have a chance at competing for a result at this race) he is a punchy bike rider who can cope well on the short climbs. His only professional win was a very impressive reduced sprint win in Dunkerque back in 2016 when he surged past Coquard just before the line. His 2017 was good, picking up a handful of top 10s and podium places but the wins just eluded him. A second place in the Circutit Cycliste Sarthe behind his team-mate earlier in the month indicates that his form is heading in the right direction. Can he go better than his 23rd place here last year? 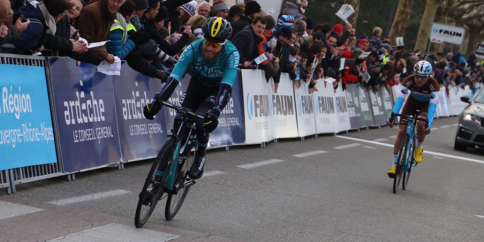 I’ve not had any season-long fantasy bias in my previews for a while so I feel the time is right to big-up one of my guys again and that will be Quentin for Brabantse. The Vital Concept rider has had a very consistent and solid start to the year, picking up 7 top 10 places so far. He can do a bit of everything it seems but shorter punchy climbs seem to be his forte; after all he was the closest guy to a flying Teuns on stage 3 of the Tour de Wallonie. Potentially used as a foil up the road so that they don’t have to work behind for Coquard, he might just go on to surprise.

We’ll see a very tactical race that will be hard to control which sould make it a very exciting watch as it could be won at any time. I don’t think anyone will actively ride for a sprint and they’ll only decide to go for that outcome if things are close in the final 10km.

Consequently I think a small group will break clear like last year and battle it out at the finish but we’ll see a relatively surprising winner with the man in form Jan Tratnik!

Thanks as always for reading! Who do you think will win tomorrow? Will we see a surprise or will one of the favourites prevail? Anyway,