The Hell in the North returns this weekend to round off the cobbled classics campaign for this year. Last season saw a pretty hectic race, as always is the case here, with the man of the Spring Greg Van Avermaet winning a small group sprint in the velodrome. 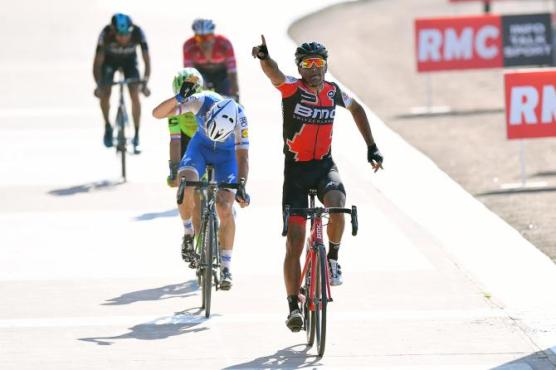 A frustrated Stybar banged his handlebars as he crossed the line in second place with Langeveld taking a surprising third. Will we see a similar trio on the podium this year; it is unlikely but not impossible. Let’s have a look at what is in store.

I’m not going to waste your time here, as you will no doubt have read plenty of previews this week that go into the route in-depth with every cobbled sector analysed etc. 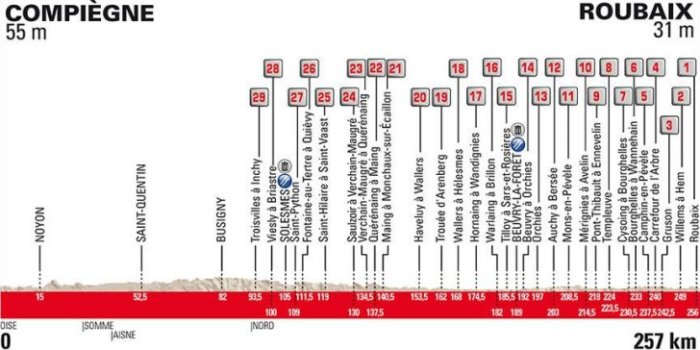 257km of mainly flat roads with plenty of cobbles, simple!

Just how do you beat the team that has absolutely dominated the classics campaign and this season so far? That is the question that every DS will be pondering in their sleep tonight.

Luck is arguably the biggest factor in all of if it. Roubaix is a race that you need good luck, or at least not to have any bad luck if you want to compete for the win. Just take the example of Sagan last year who was in the lead of the race twice, but had mechanicals that cost him his chance to fight for the win. Or in the previous year when he was caught up behind a crash early on and never made his way back to the front due to another tumble; the one where he famously avoided a falling Cancellara.

It will be hard for anyone to beat a QS rider but if one can be isolated on their own then they have a chance. Quick Step’s strength lies with the number of riders in their squad that could conceivably win the race. We see it time and time again that they attack quite early with someone to try to force a split and get rid of the other main contender’s domestiques. It normally leaves a group of 30 guys at most that includes 5 Quick-Step guys. From there, every attack that goes will have at least one of them in it and it won’t stay away unless they are there. Ideally for Quick Step, they would want at least two in a group. Flashes of Stannard rolling three of them in Het Nieuwsblad might spring to mind here but they seem like a different beast this year, they have developed much more of a killer instinct. Some would say, they are like a Wolfpack…

The number of options they have also leaves their opposition in a constant state of: “Is this the move I should be going in? Is this the winning attack?”. A mixture of patience, timing and luck (again) then play a part in if you happen to follow the right wheel or not.

If you do happen to find yourself in the right move, then that is the hardest part of the day done. Now you just need to outfox all of the other riders up there with you! 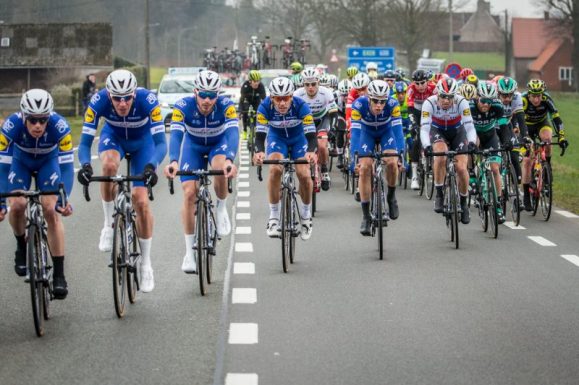 A lot of the talk pre-race has been a bit of to-ing and fro-ing between Boonen and Sagan in relation to the current World Champion blaming other riders not working with him to take on Quick Step. I would have to agree with Peter on this one; everyone is too concerned about how strong he is that it makes it a bit easier for QuickStep to continue doing what they have done for the past month. I guess that everyone else in the peloton is stuck in between the proverbial rock and a hard place with who they work with or don’t.

Interestingly enough, Sagan has a fairly poor record at this race compared to his usually incredibly high standards with 6th his best result back in 2014. That’s the only time he’s finished in the top 10 here in 6 starts. Nonetheless, he can’t be ruled out tomorrow and I would not be surprised to see him go and lift the title at the end of the day. Yet, I won’t be backing him.

In a break from tradition, I’m going with a slightly different approach rather than naming every contender or hopeful. Instead, I’ll be taking the Countdown method with one from the bottom, middle and top of the order to have a further look at…

A rider for this category has to be someone who has flown fairly under the radar and has to be a massive, massive longshot for the title; need a very particular set of things to happen for them to go close. Someone you’re probably wasting your money on but heck, for the 5 minutes of exciting that they make an attack with 130km to go, worth it. 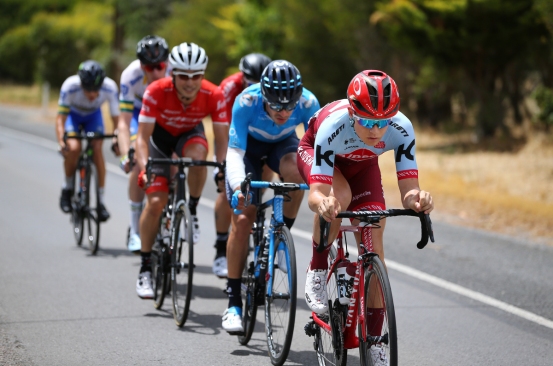 With one Dane (Mads Pedersen) having a “breakthrough year” on the cobbles, could we see his namesake go well here? Just like Pedersen, Würtz Schmidt is a former winner of Paris Roubaix Juniors, an event he took home back in 2012. An incredibly strong rider on the flat he did a lot of work for Kittel in the recent Scheldeprijs, taking massive turns on the front but it was ultimately to no avail. It’s only his second appearance at this race at pro level (he finished 46th last year) so his potential might still be hidden. He could well fly under the radar if he’s up the road in the morning break, or he could finish in 74th!

Someone in this category might be have been seen as a potential winner a few years ago, or they’ve just been a bit off form lately and not featured in the past couple of races but they might still just have a chance come Sunday. Or at least you’ve convinced yourself of that; I certainly have with the following rider.

Yup, he somehow falls into this bracket which I find incredibly bemusing as he’s not really been off form that much in the past month. Looking at his result from Flanders suggests he might be on the decline, but his 45th place was due to a crash which consequently meant he lost two minutes on the guys ahead and that was his race done from there. He doesn’t have a great record at this race but in the past he has mainly be used as a very strong domestique for Boonen and co. However, this year he comes into the race as Mitchelton’s leader according to the race preview on their website. Disregarding Flanders, he looked very strong and comfortable in both E3 and Gent Wevelgem. Definitely and outsider to keep an eye on throughout the afternoon. If it comes down to a small sprint in the Velodrome he will fancy his chances.

No fancy nomenclature here. If you have kept up with my thoughts on here and my Tweets over the past month then you already know who this is… 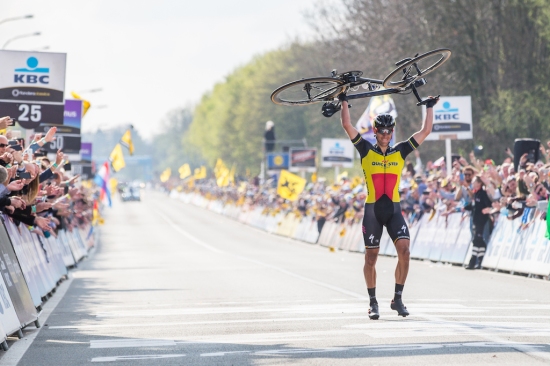 Even though he has only raced here once, a 52nd place back in 2007, and that goes against the norm as what it takes to win here; normally a rider needs to be experienced on the cobbles to do well but there are always exceptions. Gilbert is that exception. His win in Flanders was truly incredible and this has been his main target since the start of the season as he continues on his quest to win all 5 Monuments. Over the recent cobbled races he’s played the team-mates role perfectly, marking the opposition out of the race as the rest of his squad attacked. It will be interesting to see how he and Quick Step approach the race; will he go long again like he did in Flanders? If it does come down to a small group finishing together in the Velodrome then like a few others, the Belgian will be happy with the cards he has been dealt.

So that’s that, a slightly different approach to a normal preview but I thought I would try something different as I can’t imagine you will want to read a similar post in the same structure as the countless other previews available for this race. I hope you enjoyed it nonetheless!

I’ve been aboard the Gilbert train for a while now and tweeted out that I’d placed 2pts on when he was widely available at 15/1. He was even that price until Flanders again so as much as I don’t like doing it, that’s what being marked down in my figures!

Nonetheless, I’d still back him at the following;

2pts WIN Gilbert @ 8/1 with most bookmakers. You might get better odds on the exchange if you’re patient.

Thanks as always for reading, I’m looking forward to what should be an exciting race tomorrow. Anyway,