mytwospokesworth in Tour Down Under, Uncategorized January 18, 2018 1,361 Words

After a couple of questionable days, it was nice to finally get off the mark and up and running for the season!

A long hot day in the saddle for the riders (even with the shorter distance), we saw the expected bunch sprint into Victor Harbor. For most of the closing kilometre it looked as if Ewan had it in the bag but he seemed to delay his final sprint. I’m not too sure as to why, but he possibly thought it was too far out to go. That opened the door for a charging Viviani who took home a very impressive win. Bauhaus came late as well nabbing second place with Ewan eventually finishing third.

Ewan still holds onto Ochre but even by his own admission he’ll find it tough hanging on to it after Stage 4. Let’s have a look at what is in store for the riders.

With the temperatures set to soar again I feared that they would shorten this stage; which would be particularly annoying as this was the day I was looking forward to most! However, the organisers have decided to move the start forward by 1 hour to avoid the worst of the extreme conditions. That means the stage is predicted to finish at 2pm local time, or 3:30 UK, although I have a feeling it might be closer to 4.

So, what have we got to look forward to?

The riders will face a fairly benign start to the day, with a few lumps and bumps out on the course, but this stage is all about the closing 15kms once the peloton reach the town of Rostrevor.

It starts with the 5.5km ascent of Norton Summit Road that averages 5.1% for its duration.

It is a steady rise with a few ramps of 7%, but it very rarely differs from 4.5% -> 6% so a team can set a good tempo up it if they want to. I will be intrigued to see who takes up the challenge!

Interestingly, De Gendt holds the Strava record from when they rode the climb almost from the gun back in 2016 on Stage 4. That day De Gendt went up it in 11’06, so we could expect a roughly 10 minute time up it on this stage. Maybe. I’m never great at guessing climbing times!

Norton Summit officially crests at the 120.5km mark, or the 6.5km to go mark. However, the climbing doesn’t stop there… 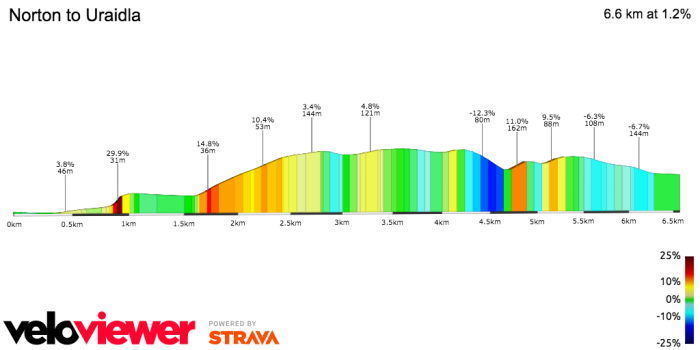 The riders will enjoy the road flattening out over the summit and have just over 1.5km to gather their breath if they can, before the road kicks up properly on the aptly named Woods Hill Road. It’s a shame a certain Canadian isn’t here!

It’s a very tough kicker, especially the first 2/3rds as it starts to flatten out near the top. In fact, the opening 800m average 9.9% and in the searing heat that is expected, it will feel like a lot more for some.

Once over the top of Woods Hill, the riders will be offered a little respite with a slight descent but considering the road does roll continually, they won’t be offered much time to gather their thoughts; the final 4km averages -1.25%.

The final place to make a meaningful attack is the section that I’m going to call the “Big Double Dipper”.

Going with a lot of momentum into the steep downhill will mean a rider will be able to carry their speed out the other side of the dip and catch those behind off guard. Once they get to the second peak the road turns left and from there it is a 1km downhill all the way to the line. A 5 second gap at the Flamme Rouge should see the rider hold off any chase behind.

I imagine we’ll see a very conservative day up until Norton Summit. However, that doesn’t mean the finish won’t be explosive though. I think the heat will make Norton harder than it actually is, making it ride more like a 6.5% climb than a 5.1% climb. In theory, that should mean the elimination of the likes of Sagan, but you never really know.

I can’t see anymore than 30 riders being in the first group over the summit of Norton. From there, it really will be hard to keep control.

Woods Hill is steep enough for the stronger climbers to make some gaps if they sprint up the opening 800m but equally, it is short enough that some of the puncheurs will hope to hang on if the pace isn’t mental.

This has the hallmarks to be an incredibly exciting stage, so let’s watch it end up a damp squib…

With having Dennis already covered for GC, I’m just going to throw a few darts with the following riders and hope they’re there or thereabouts…

Flying at the start of the season last year, this type of finish looks great for the Portuguese rider. He’s been solid this week so far, but not exceptional. However, I think he must be feeling fairly good as he’s been on the hunt for bonus seconds in the earlier stages so he obviously must have one eye on GC as well. Both he and Ulissi should make it with the main selection and it will then be up to Costa to make an attack to force others to chase while Ulissi sits in for the sprint. He might drag some riders with him, but I’m sure the UAE rider would be confident from a group of 5. 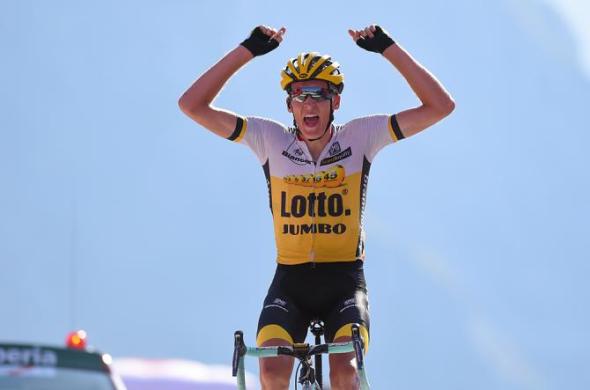 This is the Jumbo rider’s first race back after his crash at the Tour and he’s quietly going about his business well. Throughout the first few stages he’s been very attentive at the front of the bunch during the sprint finishes, and he sits “second” behind Consonni on GC in the group of riders that have no time bonuses. The TDU seems to be a good race for the Dutchman, with solid finishes here in the past. One of the best climbers in this race on paper, he packs a surprisingly good sprint from a small group. If the race becomes very selective and we see 5-8 of the best climbers come to the line, he definitely has a chance.

Another rider who always seems to go well here; he finished 2nd on the tough finish to Paracombe last year before an unfortunate fall the next day. Reunited with his brother again on Bahrain, it will be interesting to see what they can manage along with Pozzovivo. I would expect the three of them to be close to the head of the race and having numbers in the front group certainly is an advantage. Gorka could manage a late solo attack with Ion and Pozzovivo marking behind, otherwise, he packs a solid sprint from a small group.

A small group to get away on after Norton Summit and before the kick up Woods Hill Road. From there it fragments leaving Dennis, Costa and McCarthy.

In the end, the more experienced Costa rolls the pair of them as they are too focussed on each other, taking a great win to better his start than last year! 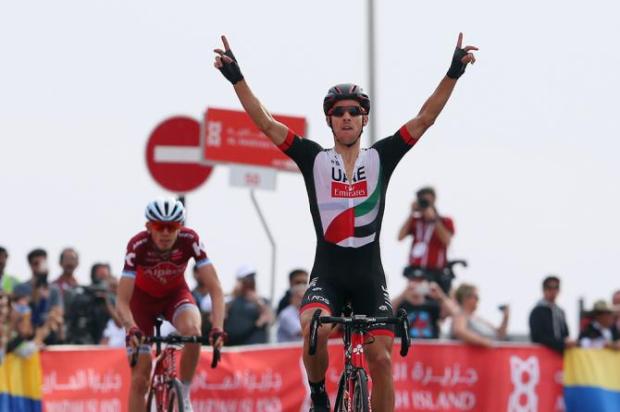 I really have no idea what will happen, which is probably a good thing!

No odds for Gesink at the moment which is a shame. He might appear later on, but I’ll go with the two riders just now;

Actually, to get around the whole Gesink situation I’m going to back him for GC

Thanks as always for reading! Who do you think will win the stage? Can someone like Sagan hold on, or will it be a lot more decisive GC wise than some people think? Am I completely wrong? Likely. Anyway,