A quiet day quickly turned into a manic one in the final 10km as the fight for position was crazy. Riders were swerving all over the road and the peloton should have taken heed when the Astana rider (I think it was Grivko) came up to the front to berate Dimension Data for sweeping across the road and causing a concertina effect on the bunch. Somewhat of an irony in the way they sweeped across the road considering what happened later.

Once onto the technical run in we had a fairly large pile up at just over 1km to go. Oddly enough though, it was on a straight-ish bit of road. Then, we had the well documented crash between the remaining sprinters that saw Cavendish go down and take out Swift and Degenkolb.

The result of it all is that Sagan has now been DQ’d from the race for causing danger to his colleagues. While he did act dangerously and has previous (just ask Vantomme), I think it is a bit absurd that he is thrown out from the whole thing. Disqualified from the stage would possibly have been a “fair” punishment, but Cavendish knew the risk of trying to come up the inside. The whole thing is just a mess really!

Démare ended up taking a strong victory but he himself swerved in front of Bouhanni a bit, so that could even be disputed as an infringement.

Kristoff and Greipel rounded out the podium.

With that now over with, let’s have a look at what’s in store for the riders tomorrow.

An easy-ish stage that gets tougher as the day progresses.

The riders will face some small uncategorised rises in the first half of the stage but nothing too substantial. However, not long after the intermediate sprint the road begins to rise and we have the first categorised climb of the day. Officially 2.3km at 8%, the road actually continues to climb once the riders pass the “summit” of the Côte d’Esmoulières. With no figures to go by on the profile it’s hard to judge but it looks as if there is roughly another 10km at ~2%.*

* Disclaimer – I’m just guessing the figures going by the profile so they aren’t 100% accurate! Looks to me that the climb crests at ~780m.

From there we have a long descent and travel through some valley roads before the road kicks up again. Again, the uncategorised climb isn’t tough, averaging roughly 2% for 11kms.

Therefore, the stage will inevitably come down to who is the strongest on La Planche des Belles Filles.

A tough climb with some steep gradients we could see some reasonable time gaps if a few riders struggle to find their mountain-goat legs.

The past two finishes here have seen roughly a minute separate the top 10 but both of those days had much harder stages preceding them and on the day itself they were tougher.

So with that being said, we should in theory see a more tightly bunched up finishing order, but who knows!

Well, there is a chance that the break might stay away like we saw with the first mountain top finish at the Giro this year. However, I think that’s unlikely here as Sky will be willing to chase but so other teams will more than likely offer assistance as well, hoping their team leader can take some bonus seconds at the end of the day.

There are really only a few riders I can see winning this.

It’s the first mountain top finish of the race, one of only three, so a big performance here from the Brit will really demoralise his opposition. He normally goes incredibly well on the first GC stage of the race and that could well be the case tomorrow. Having won on this exact finish before, his first ever Tour win in fact, he’ll know every inch of the road and will be looking to set his stall out as clear favourite for this race. Climbing poorly by his standards in the Dauphiné it will be intriguing to see how he does. Maybe we should take heed of his new contract with Sky, and assume that they know he’ll be firing on all cylinders tomorrow.

The obvious challenger to Froome and Sky, the Australian has been unbelievable on the climbs this year; his Watts have been insane! Tomorrow is the type of day where he could do a Dumoulin on Oropa and just ride away from everyone due to simply being the most powerful rider. I have said it many times this year, these 15-20 minute climbs are his bread and butter and I would not be surprised to see him ride everyone off of his wheel!

Fabio Aru on form looks like the only other rider who could possibly get close to the two mentioned above. Simply stunning in his win at the Italian Championships, he is capable of putting in a very explosive attack that few can follow. Seemingly back to his best, can he take advantage of Froome/Porte marking each other out of it and take his first Tour stage win? 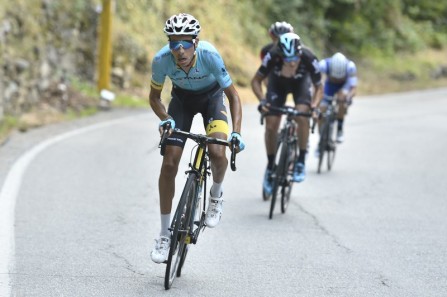 Dan Martin could be close to the podium as well. He was strong on stage 3 and the steep gradients certainly suit the Irishman. The shorter the climb, the better for him, so he’ll have his mind-set on trying to take some time in the opening week before we get to the really long climbs later in the race.

What about Quintana? No one knows what the Colombian can do just now. If in good form, he can ride away from everyone, even Porte. The question is if is on form. I’ll guess we’ll know come half 4 tomorrow.

I’m not too sure that anyone else is capable of the win tomorrow, maybe only Thomas. He does seem to be going very well at the moment.

First mountain stage of the Tour and we’ll see the best climber from this year take the stage. Porte to win!

Aru to sneak onto the podium, with Froome most likely taking the other spot.

Tempted with something on Porte outright for the stage but I’ve went for the longer odds rider/better EW value in;

Considering a few H2H but I’ll post them on my Twitter later if I do take them on.

Who do you think will win tomorrow? Will we see a break stay away, or will the GC guys fight it out? Anyway,