We saw some GC sparklers, not fireworks today, purely because everyone seemed equally on their limit!

Katusha pushed the pace early on which ultimately lead to a Zakarin attack on the final climb and he was joined by Pozzovivo. Unfortunately for them; Pinot, Nibali and Quintana bridged just after the KOM point.

We had a bit of cat and mouse-ing between that group and it looked for a while as if those dropped on the climb were going to get back on. However, thanks to some close motorbikes and some dodgy time gaps anyway, they were able to duke it out in the sprint to the line, holding onto a 15 second advantage from Dumoulin and co.

Pinot asserted his dominance as the fastest sprinter in the group, taking his first Giro win. 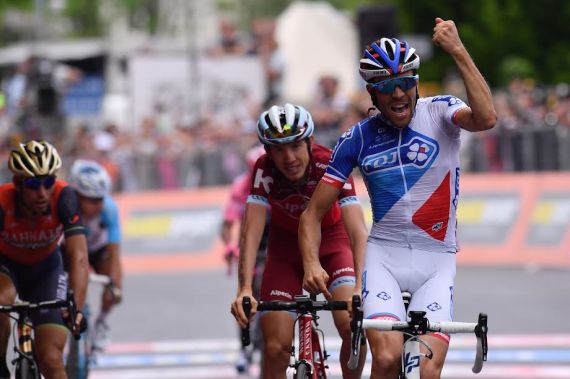 Zakarin came home second with Nibali picking up some bonus seconds in third.

It leaves everything finely balanced going into the final TT.

A pan-flat course suited to the powerful riders in the peloton. 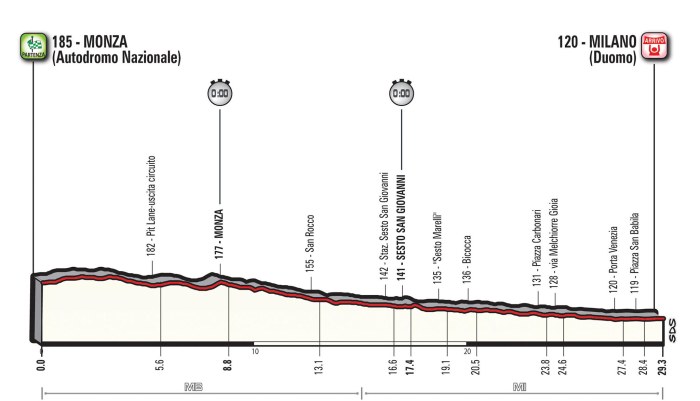 The course descends at a very shallow rate from around 9km to go all the way to the finish. It won’t be too noticeable but it should certainly ensure that the speed will be kept high! 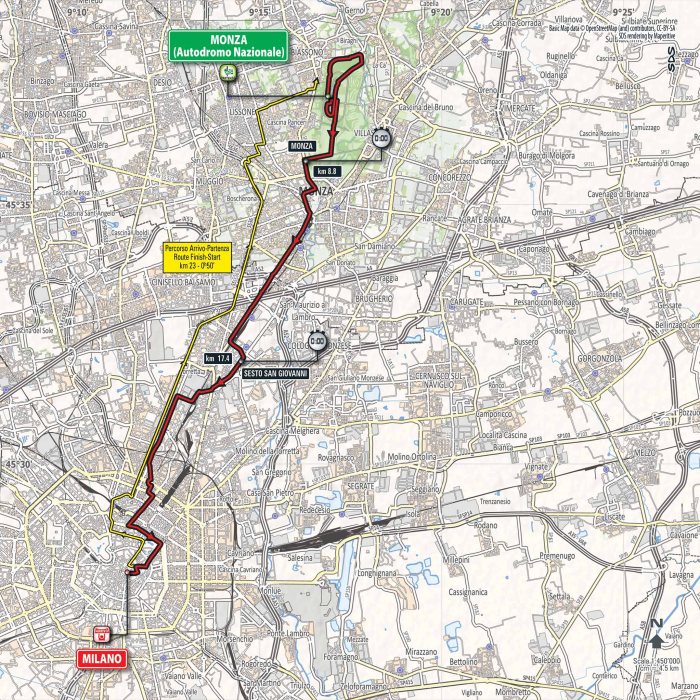 Furthermore, it’s not an overly technical route either, with several long straights for the riders to put the power down. It is only once we get close to the centre of Milan that things get a bit more dicey. 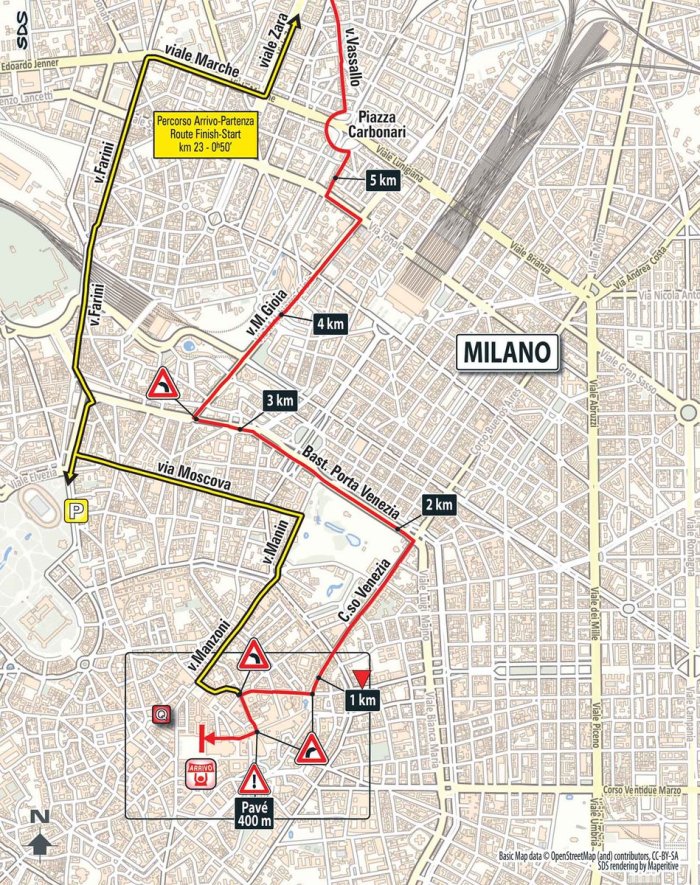 As you can see, there are a lot of 90-degree (some sharper) turns within the closing 5km so a rider willing to take some risks and carry speed through the corners can gain an advantage.

Thankfully for the riders, the weather looks to be holding up for most of the day and they should all face similar conditions.

Dumoulin obviously will start the stage as favourite and rightly so. He absolutely decimated the opposition in the first time trial and compared to his GC rivals, this course suits him even better. However, has the past week taken too much out of him? He really struggled yesterday but coped relatively well today, commenting post stage that he had good legs. Riding a good TT after a tough Grand Tour is a completely different beast compared to resting for a few days and pulling out a result. It would be stupid of me to dismiss him, but I don’t think he’ll have it all his own way. 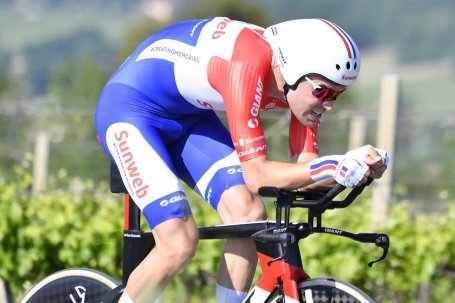 From the GC contenders Zakarin, Pinot and Jungels look the most likely to contend with the Dutchman. The first two riders can pull off a good TT on their day and will be hoping for a much better performance than their first efforts against the clock. Although I’m sure both would prefer a slightly more undulating route. Jungels will definitely like the power course and he is a serious challenger to Dumoulin for the stage. Yet again though, it depends on how much the race has taken out of him but he has looked strong the past few stages after seemingly cracking on stage 18.

Who out of the non-GC riders will be contending?

Kiryienka  – Depends if he tries or not. If he does, he really should be up there but he only properly gets going after 20km so I’m sure he would have loved an extra 10km on top.

Luis Leon Sanchez – The first of the non-GC riders home in the first time trial, the Spaniard has been active this race in the mountains. He looked tired on yesterday’s stage but had a relatively quiet day in the saddle today, saving himself for tomorrow?

Jos Van Emden – After managing to finish in the top 10 on the first TT, the Dutchman should enjoy this flatter course even more. He rolled home today in the gruppetto and I would not be surprised to see him go well tomorrow.

As for some outsiders… 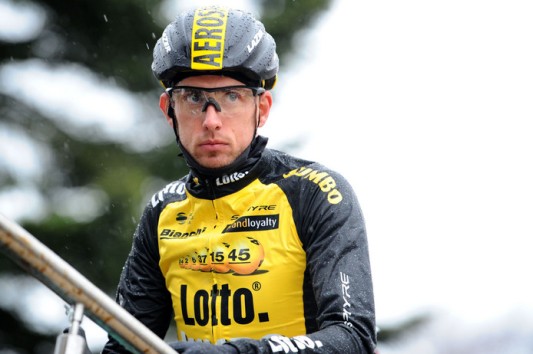 He of Wongshot fame gets another mention. The Jumbo rider is a solid TT rider on his day but has been a bit anonymous in the discipline over the past few years. However, if he manages to find his legs then he can definitely compete as he is one of those riders who excels at this distance.

I couldn’t go the whole Giro without naming one of my favourite riders, could I?! Working in support of Pinot, Ludvigsson has performed well as a domestique this Giro. He survived a fall a few stages ago and even ended up in the break the day after. With Pinot needing a good bench-mark time to aim at from his team-mates, Ludvigsson is the ideal candidate for that situation.

It more than likely has to be Dumoulin, but that’s no fun, so I’ll go for everyone’s favourite Swede to upset the apple cart and beat his former team-mate. 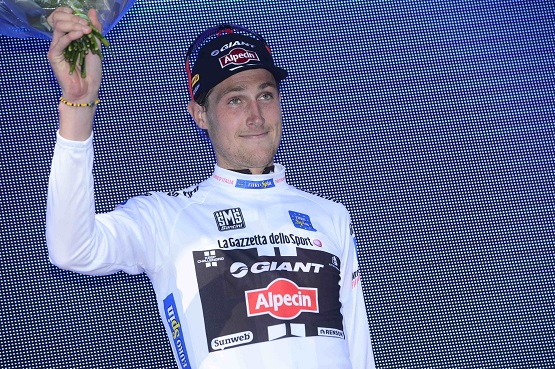 Tweeted out my selections before;

So avoid those two at all costs!

Thanks again for reading, especially if you’ve stuck with my awful predictions for this Giro! Your continued support means a lot.

I’m not sure what’s next on the blog as I haven’t even spared any thought to the upcoming races yet. Most likely the Dauphine and the Women’s Tour. Anyway,