I apologise in advance…

Suffering from preview burnout over the past few days so tonight's efforts will be truncated… pic.twitter.com/gU6S371Eip

We ended up with a sprint in the end despite Dowsett’s valiant efforts.

Viviani won after a Froome lead-out, beating Colbrelli and Schwarzmann. 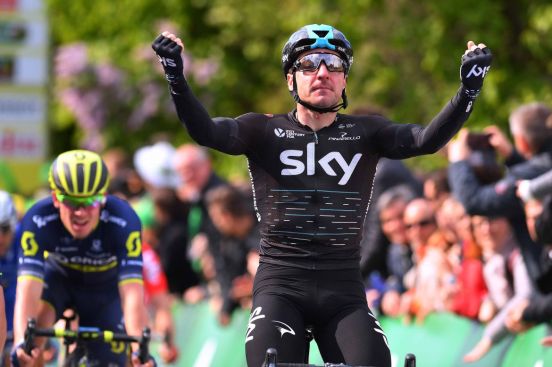 The Queen stage of the race, with three cat-1 climbs in the second half of the day.

However, they aren’t the most difficult of climbs and the toughest is actually the first one, Jaunpass, that crests with 70km to go.

From there, it is a case of descents followed by climbs all the way to the finish, with very little flat road.

The penultimate climb of the day is fairly easy, but it does have a three kilometre stretch that averages close to 7%. I would expect some teams to attempt and put the hurt on here.

A long descent follows before the short climb to the finish. 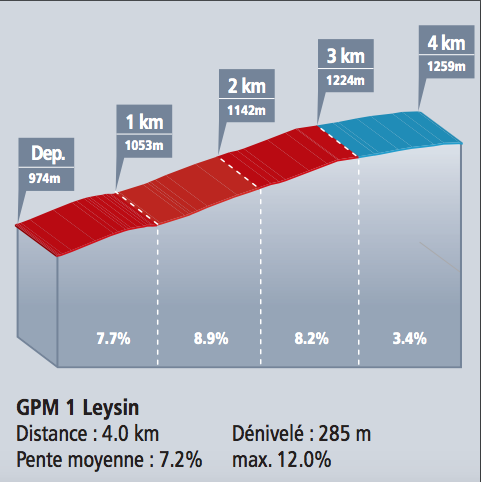 Officially only 4km long, the road does rise before we get the “start” of the climb.

Attacks should come from the bottom because it’s not long enough to delay until 2km to go etc, or so I hope!

Thankfully the weather seems to be clearing up for the weekend and we should go over all of the climbs that are listed, with the route hopefully remaining unchanged. But you never seem to know in this part of the world!

As alluded to above, I expect the racing to be on early tomorrow. Most of the climbs aren’t difficult so the day will have to be attacked if the likes of Porte and Froome want to put the others in trouble.

Sky don’t have a great team with them, so the Brit will have to rely heavily on the likes of Kiryienka and Kennaugh. Nonetheless, they have enough firepower to cause some issues.

It is BMC though who have a strong team and in Schar, Wyss and Roche they have three very solid climbing domestiques. Not to mention that Porte and Van Garderen are both high up on the overall and can pull the ol’ 1-2!

So splits early in the day after some teams try to attack the climbs, leaving an elite group of 25 or so riders at the bottom of the final climb.

A flurry of attacks at the bottom of that climb will see the strongest riders get away; Porte, Froome, Izagirre, Roglic and Kelderman.

The first two struggle to gap the other trio as the gradients ease, allowing for an attack…

Izagirre and Roglic are considered too big a threat due to the TT, but Kelderman takes advantage of this and takes the win. This is one of the only races this year the Dutchman has leadership at and I’m sure he’d love to take a win before going to the Giro in support of Dumoulin. He packs a fairly decent sprint for a GC rider so also has a chance if a small group comes to the line!

Apologies again for how ridiculously short this is but I have hit the proverbial preview writing wall and I’ve started to lose interest in Romandie if I’m honest. I’ll try and have something more substantial out for the TT tomorrow as it looks like an interesting day. In the meantime, check out @InsidePeloton96‘s preview   as a way to get another insight of tomorrow’s stage in comparison to what I’ve wrote. Anyway,