The peloton split over the final categorised climb of the day but things regrouped and we ended the day with a fairly large sprint. However, it wasn’t a simple sprint as the pace at the front of the peloton slowed, riders bunched up and things got messy. Unfortunately there was a fairly large crash that took out a lot of riders.

Nonetheless, it was Groenewegen who came from far back to take the win. Managing to weave his way around his opponents and still have enough to hold off a charging Ewan who finished no more than half a wheel behind. 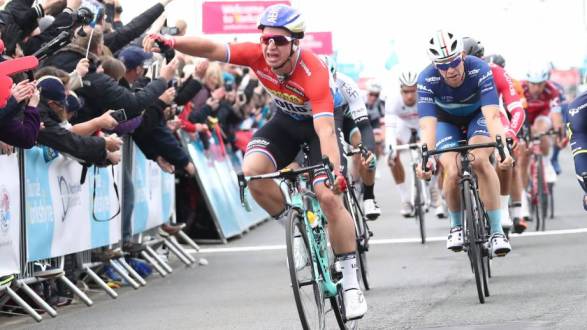 A very honourable mention to third place finisher Opie who managed to avoid all the carnage and finish comfortably ahead of the likes of Bouhanni etc.

Will we see a similar finish tomorrow but without the carnage? Let’s have a look at what’s in store for the riders.

An easier day in the saddle and a stage that should come down to a bunch sprint.

There are some rolling, uncategorised climbs in the second half of the day, but nothing that should be too difficult for the bunch…

Saying that, the final 12km on the profile looked “interesting” so once again I’ve made a Strava profile of said ending! You can view that here.

Turns out the finale isn’t as easy as I had originally thought.

The climb once they leave Birstwith is 1km long and averages roughly 5.8%. Not severe, but its proximity to the finish means the riders will be going full pace and it will certainly sap the legs of the sprinters.

Likewise, the following climb of Greyston Plain Lane is 2.1km at 3.9%. Even easier gradients this time but double the length. They won’t have had much respite after the Birstwith climb because it’s straight off the steep descent and back up the road again.

Once over Greyston Plain Lane, there is a shallow descent all the way until just over 2km to go. It’s at the 2km to go banner that they’ll take a right hand turn at a roundabout, before the drag to the line.

This finish was used back in the opening stage of the 2014 Tour, except the riders came directly from the North side of the roundabout.

From that point though, the run in to the finish is identical.

As for the severity of the ramps themselves, I would actually believe the Strava profile more than the closing 5km from the road book. We have a 500m section at 6.8% followed by a swift 300-400m descent which allows the riders to gather up some speed before the final kick up to the line and false flat finish (500m at roughly 3%).

It should be a sprint stage, don’t get me wrong, but that closing 12km could certainly spring a surprise or two.

The equivalent run in to the 2014 Tour stage wasn’t as difficult so I’m intrigued to see what difference the slightly grippier terrain makes.

It is also important to consider that the riders in 2014 were in peak fitness for the Tour, at this race, there is a high chance quite a few of them won’t be and that drag to the line might be harder than they expect.

I think it will be tough for anyone to make a move on the climb out of Birstwith or on Greyston Plain Lane but I do think some more attacking riders will try something on the run in to the line.

Will the WT sprinters teams be able to hold it together? After today’s sprint it is clear Ewan and Groenewegen are the fastest, although I’m not sure Bouhanni would agree after being dumped at the front too early. Nonetheless, Jumbo and Orica will be the teams shouldered with doing most of the pace making and chasing throughout the stage which will tire their lead-outs and ability to close down attacks at the end.

We saw that Voeckler was sprightly on the run-in today and it would not surprise me to see him try something again tomorrow.

Tomorrow’s sprint is more difficult than today’s but you would still expect the same riders to be involved.

Ewan likes an uphill drag to the line as was shown in his first ever GT win back in the 2015 Vuelta. Can he repeat that here?

Groenewegen not so much and he was distanced on the last climb of the day today (along with Ewan), he might struggle a little bit.

Conversely. Bouhanni will be annoyed after dropping the two aforementioned guys on the Robin Hood’s Bay climb that he could not win the sprint. I think we’ll see him come out fighting tomorrow and he has a good chance of taking the win.

Sbaragli did well to avoid the crash and the drag up to the line tomorrow suits him more than a pure flat sprint. Podium chances.

Likewise my two picks for today’s stage Planckaert and Kragh Andersen both did well to avoid the crash but a tougher sprint is better news for them. I would expect them to finish higher than their 9th and 13th places today respectively.

This was a stage I wanted to mark down for Ian Bibby. The JLT rider recently won the third round of the Spring Cup Series on a tough course and this explosive finish looks ideal for him. Unfortunately he was involved in today’s crash but seems to be okay… 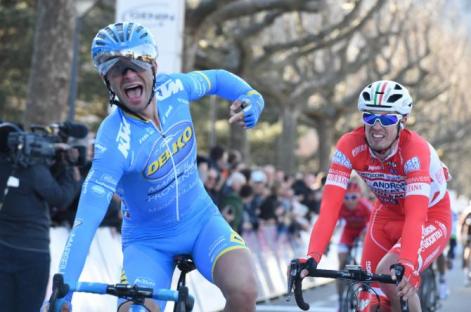 I mentioned the Italian as a possible animator of the race today but the stage wasn’t approached as aggressively as I had hoped for from the peloton. Delko were very attentive near the front of the bunch today and Finetto possesses a fast enough kick to surprise in a tricky sprint. Furthermore, he is explosive enough to get a gap from the group if he attacks. Can he maintain it all the way to the line though?

It should be a sprint but there will be a few surprise names. After his disappointment today, Bouhanni won’t make that same mistake tomorrow. Bou-Bou to trounce home! He’s grossly under-rated as a climbing sprinter and he’ll prove some people wrong tomorrow. 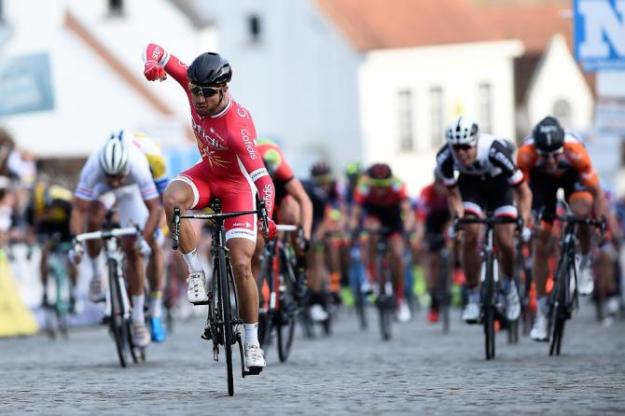 Bibby not priced so…