Short of time again so there’s no full GC preview from me but here are a few quick thoughts.

The weather forecast for the week looks grim, so that certainly suits some riders more than others and wet roads could make some of the descents very treacherous. Nonetheless, it looks to be a two-horse race this between Porte and Froome.

Porte hasn’t raced in over a month since Paris Nice, where he was left bitterly disappointed after losing time in the crosswinds on the opening stages. However, he was sublime and put 21 seconds into a flying Contador on the Queen Stage. It’s the best I think I’ve seen the Australian climb and he’ll want to show well here again to gain a psychological advantage over his old team-mate.

Likewise, Froome also hasn’t raced for close to a month, with his last outing being in Catalunya where he once again was caught out in splits near the start of a stage. None of that matters though to Froome and his season starts here. Without a win this year, he’ll want to change that here and look to seal the title before going to the Dauphiné. Thomas was flying when he came back from South Africa and I expect the same from Froome this time too.

Can anyone stop them? Not really, no! However, Izagirre, Roglic, Spilak, Yates and Pantano will hope to go close and take 3rd place on the podium.

I’ll go for a Porte win. That climbing display in Paris Nice was truly impressive and he’ll just edge Froome, before the tables are turned at the Dauphiné. 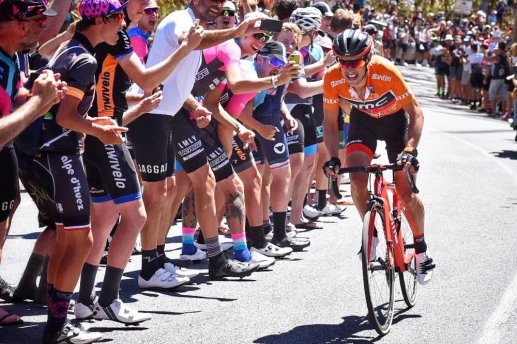 Right, let’s have a look at what’s in store for the riders on the opening day.

Short, but sharp opening prologue for the riders to tackle.

You can view an interactive profile of the route here.

With a few technical turns this prologue isn’t all about raw power, with good bike handling skills also being essential if you want to set a very fast time.

There’s not much to the terrain with it mostly being flat, but we do get a kilometre long drag of roughly 2% from 1.8km -> 2.8km. From there, the riders descend quickly before another few hundred metres at 2% before the flat run to the line.

And that’s that for the route, short and sweet like the effort!

As is often the case in Romandie, bad weather looks set to play a part in the race.

It doesn’t look like it will be too bad tomorrow, with most of the rain supposedly falling in the evening. However, there is a chance for a few showers as we get later into the afternoon. Will some of the GC riders go out earlier hoping to avoid them?!

A prologue like this is incredibly wide open. Getting my excuses in early! TT specialists will fancy their chances but so will sprinters and strong all rounders.

This list could be very long if I wanted it to, but since I’m in a bit of a rush and I’m not a fan of naming 20 riders, I’ll pick a select few and try to give reasons as to why they can win the stage. Several favourites will be left out but what else would you expect?!

Once of the riders blessed by going out in better conditions last year, he avoided the rain which made the descent treacherous, taking the win on the opening day. There isn’t as much climbing in the prologue this year but I would argue that he’s going in much better shape than this time last year. After a very successful Ardennes week (12th was his worst finish) he seems to be bang in form and will be looking to equal last year’s performance.

Another man who has been plagued by the Haughey Curse, I had picked him for the prologue last year at 200/1.

He was going well too, until he came to grief on the rainy descent. This year he seems to be in equally impressive form with no worse than a 7th place in the Ardennes this week. Known as Mr Romandie, he has 6 stage wins to his name here and he should make it seven at some point this week. Will that be tomorrow?

The second Swiss rider to make the list and a former trackie, the BMC man won the Individual Pursuit World title in 2015. This type of short course should suit him perfectly and he’ll be fired up for his home race. Not having raced since Roubaix, it will be interesting to see what his form will be like, but he has every chance when the winning margin should be small! 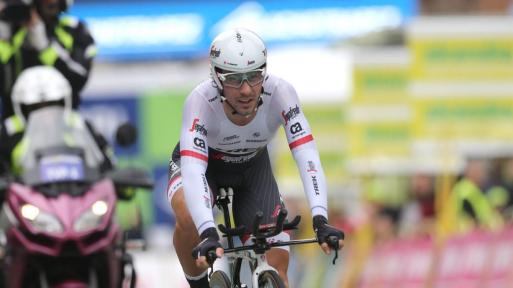 Not a known TT rider, Felline has improved at the discipline over the past year and he finished a very respectable 5th in the TT in Andalucia back at the start of the season. An explosive rider who seems to be going reasonably well, he has a good chance of upsetting the applecart.

Of course there are many others who could get involved and we might even see Porte and Froome feature at the head of the field.

I think we might see the two big GC favourites get close to the podium as well.

I wouldn’t normally bet on the GC but because of the price I will;

He has a good chance of winning, but should podium barring any disaster. Safe in the sense that stakes are returned if he does.

Prologue picks, all with B365 as well;

Thanks for reading as always, I should have a longer preview out for the first road stage. Anyway,

mytwospokesworth Final year student at the University of Stirling studying Marketing and Sports, with a passion for professional cycling.
Published April 24, 2017April 24, 2017