To end the Ardennes classic week, we are treated to the first ever women’s edition of the oldest Monument; La Doyenne.

A very welcome addition to the women’s calendar and the decision to run the race was greeted with great fanfare from both the spectators but also the peloton itself!

After two exciting, although fairly predictably dominant Boels’ displays at Amstel and Fleche, will we see a new winner at Liege?

Or will van der Breggen secure the win and consequently take a famous Ardennes triple?!

At 135km in length, it’s not the longest route the riders will tackle this year but it is roughly 15km longer than both Amstel and Fleche.

Having only four categorised climbs does not paint a full picture of how attritional the race is going to be, because the route is constantly up and down, twisting and turning on narrow roads.

The first 75km of the day will serve as a warm-up for the second half of the race, and we should see a break established up the road.

The action will start in earnest though, beginning with the longest climb of the day! The Côte de la Vecquée is longer than anything we see in the men’s race and could see a shake up if a couple of teams put the pressure on.

Not overly steep, it does contain a kilometre at 7% though and I would not be surprised to see some probing attacks in the peloton here.

The race then follows a similar pattern of climb -> false flat -> descent -> climb from hereon in.

Next up on the schedule is the explosive La Redoute.

We then have a relatively long period of 14km where the riders aren’t climbing but the descending is fairly shallow. This will be an equally as important part of the race because the best riders often attack on the flatter sections when those around them are tired from the previous climbs. Van der Breggen’s two wins this week are testament to that!

Within 20km to the line the riders will face the Roche-aux-Faucons before the Sant-Nicolas, cresting at only 5.5km to go. 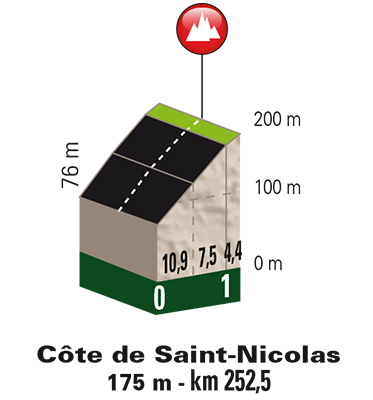 Short, but explosive, it could well be a launchpad for an attack if we have a group of riders left together at this moment.

From there it’s the traditional run in to the finish line. 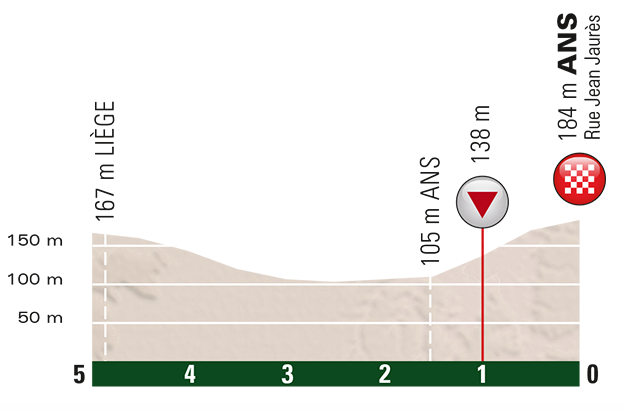 The rise through the Flamme Rouge and all the way to the line averages 5.3% for the 1.5km, offering one final place to attack before the false-flat sprint.

It’s really hard to look past another Boels win this week. They’ve timed their early season peak to perfection and in van der Breggen and Deignan they have two of the best riders in the peloton on current form. I set my stall out a week ago with this tweet and it’s not looking too bad just now…

One rider could win all three races this week and no, it's not Gilbert or Valverde, it's Anna van der Breggen! #Ardennes

She has the power to attack from distance but also the speed to win from a small sprint. Who can beat her? Well, Deignan certainly can! The Brit has played a superb team role over the past two races and could well be rewarded with team-leadership here. Her sprint win for second place in Amstel was incredible, considering she took it up into the headwind that famously curtailed Kwiatkowski in the men’s race. Will Boels try their hardest for the triple for van der Breggen, or will the Ardenne’s triple for the team be enough? I guess we’ll have to wait and see tomorrow afternoon as to how they attack the race.

Who can stop them?

On form, it looks as if Kasia Niewiadoma is the strongest challenger. 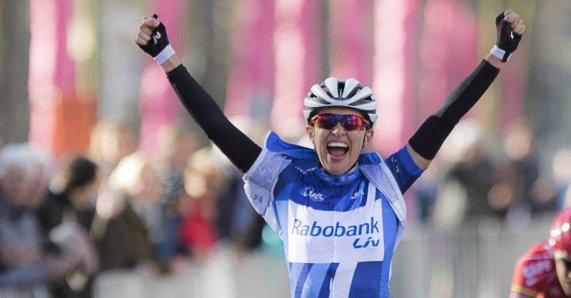 She was instrumental in splitting the race up on the penultimate climb at Fleche, with only the two Boels riders able to follow. However, that ended up being to her detriment as they ended up playing the 1-2 and she couldn’t follow every attack. Contrary to what you would normally expect, her best (and every one else who’s not on Boels) best chance of winning is that the race is easier than normal. Therefore there will be more riders in the peloton and the opportunity to form cross-team alliances to isolate one Boels rider. Although I have a feeling that scenario is very unlikely to be carried out! Nonetheless, Niewiadoma still has a very good chance of winning the race, it will just be tough trying to out-ride the two strongest women who happen to be on the same team!

The other rider who on form has a chance of beating the Boels pairing is Annemiek van Vleuten.

The Dutch rider has 3rd and 4th in the first two races this week and certainly has the abilities to repeat, if not better those results. She’s been incredibly consistent in the WWT this year so far, notching up 6 top 10s out of the 7 races we’ve had. With the final rise to the line not being too difficult and suiting her well, I think she might fancy her chances in a reduced sprint against some of the other favourites.

Aside from those four, no one really looks on a level to challenge for the title. Yet, this is cycling and sometimes the strongest rider doesn’t always win!

Elisa Longo Borghini would definitely be included in the list above if she didn’t skip Fleche due to illness and breathing difficulties. She did manage to finish 5th in Amstel so the form was there beforehand. But you would expect it to be too soon for her to be competing for the title.

This season’s revelation, Coryn Rivera, will hope to hang on the coattails of the better climbers and challenge for a sprint. She’s proven so far this year that she is one of the fastest riders in the world after a tough day.

I gave her an honourable mention for Fleche and she managed to sneak into the top 5 and I think Shara Gillow could do something similar tomorrow. A criminally under-rated climber, she prefers the steep ramps so the closing climbs should suit her. Another top 5 is on the cards!

It would make for a great race if someone could stop Boels, but I just can’t see it happening. It’s only a question of wether I choose Deignan or van der Breggen?! This route actually suits the Brit ever so slightly more in my opinion but as I’m a big fan of fairytale stories, I would love to see the Dutchwoman complete a famous Ardennes triple!

I’ll be rooting for a Shara Gillow podium spot as she’s part of my season long fantasy team!

Unfortunately I don’t think we’ll be getting any live coverage of the race so the best place to follow it is on Twitter via the #LBLWomen hashtag.

Thanks as always for reading and any feedback is greatly appreciated like normal. Who do you think will win and how? Can anyone stop Boels’ domination? Next on the blog from will be Tour of Romandie previews, but I’ll be back with the Women’s World Tour for Chongming Island. Anyway,