*Apologies, this will be short and sweet as I’m busy with work/got pre-occupied watching Strade*

Stage one and a day that should on paper end in a sprint but might entice the risk-takers of the peloton. 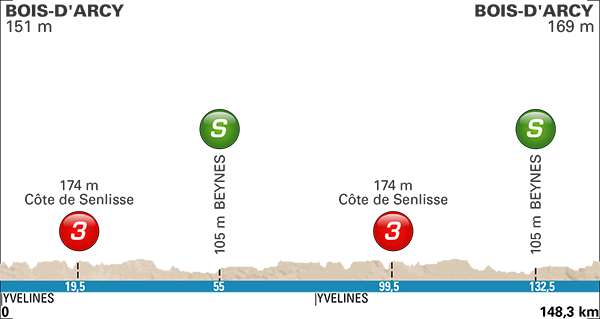 A fairly simple day terrain wise, this stage is all about the closing few kilometres, it’s very technical.

This means that the peloton will be very stretched out , with several roundabouts and turns to negotiate. Not to mention there is a 1km-long climb to be traversed at 2km left in the stage. 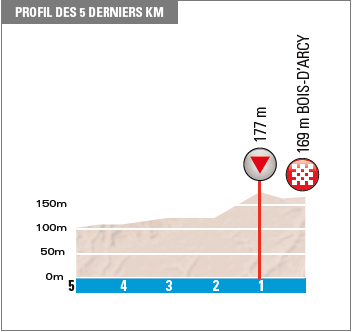 It looks to average roughly 5% for that kilometre so appears to a great launchpad for a late attack from someone in my opinion. The road then descends until 500m to go where we have a 90-degree turn, before it rises ever so slightly to the line again. This finish is going to be chaotic and certainly not for the faint hearted!

Another thing that will make this a challenging day is the…

Looking at the forecast for the region, it is set to be wet and windy for the majority of the day.

Those strong winds could cause carnage out on the course and there is a very good chance that we might see some crosswinds, depending on how aggressively the teams approach the day. With there only being a couple of clear GC days, I do think a few squads will be looking to cause some havoc tomorrow and the race will get split up out on course.

We do have some of the best sprinters in the world here with the two main Germans heading the field.

I don’t think Kittel will fancy a finish like this and in poor weather, he backed out of one in Abu Dhabi like this. To give Greipel his credit, he proved me wrong in that same sprint in the Middle East so he could have a chance here. The climb will be on his limits but I think he could be there!

Behind them, there are a whole host of guys who will fancy their chances, such as Bouhanni (who will LOVE this finish), Kristoff and Démare to name a few.

Yet, as I said above, I’m not entirely sure we’ll see a sprint and since we’ll more than likely see a bunch gallop on Stage 2 I’m going to leave it at that for today with them.

I really think this finale is conducive to a late attack sticking, especially if the conditions whittle down the peloton before we reach the finish town. I have three riders in mind to keep an eye out for who all kind of fit the same mould, but are ever so slightly different;

The AG2R man has had a very solid start to the season, picking up a 7th and 8th in Omloop and Kuurne respectively last weekend. An attacking rider, this short climb looks perfect f0r him to try to spring a surprise, hoping to put his good cobbles form to use. He’s not a slouch in a reduced sprint too so if a group of 5 or so get clear then he has a chance in that situation too.

The best Kazakh rider since Vinokourov, Lutsenko picked up a truly impressive stage win at this race last year holding off a charging peloton on Stage 5. He’s started this year well too without picking up a proper result, not finishing outside of the top 30 on any stage in Oman. Most recently he was part of the Kazakh team that won the Asian Cycling Championships TTT, but I’m not really sure what to take from that. Either way, he’s the type of guy not afraid to give it a go!

Unlike the other two he already has a win to his name this season, taking home the Classic Sud Ardeche from a small bunch sprint. A proper journeyman of a rider, he might finally have found a place to showcase his talents with Delko. He’s without a World Tour win in his career but that might all change tomorrow!

A late attack prevails after the race has been battered by wind and rain. A man who has no issues in those conditions will be victorious, Lutsenko to win! The guy oozes class on a bike and is an U23 World Champion let’s not forget. I think he’s in for a big year and this may well be the start of it. 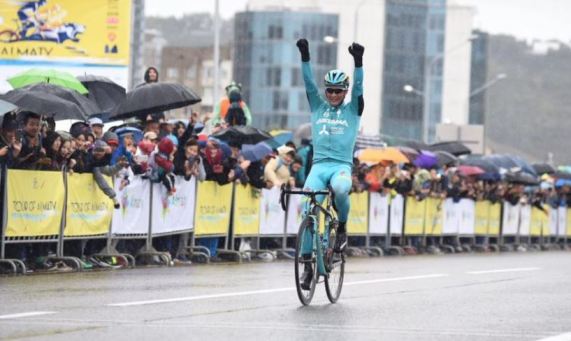 I did tweet the selection out previously and their price did stay like that for a while so that’s what they’re being noted down as! 0.25pt WIN on them all;

I would take 66/1 lowest price with them all. Others may price up favourably later on so keep an eye out!

Thanks as always for reading and any feedback is greatly appreciated. Apologies again for this being shorter than normal. Who do you think will win tomorrow?  My GC preview is up on the site too if you missed that earlier. Anyway,