The rather aptly nicknamed, The Race to the Sun, stage race starts again this Sunday. Often attracting a good mix of Tour de France hopefuls, wanting to test their legs, and some Ardennes specialists doing similar, we’re regularly treated to some exciting racing with a fairly stacked start-list.

Last year saw Geraint Thomas just edge out Alberto Contador for the title by the small margin of 4 seconds.

Luck may have been on the Welshman’s side though as the steep finish up Mont Brouilly, which most definitely would have favoured Contador, was cancelled due to snow. That finish is back this year, speaking of which…

Like normal, as I’ll be doing daily previews for the stages this segment will be fairly short.

Fairly flat day with an interesting 5% rise from 2km -> 1km to go. Will we still see a sprint or will a late attack prevail?

Another flat day, this one is definitely a sprint!

Slightly more of a rolling day but this one should also be another sprint. 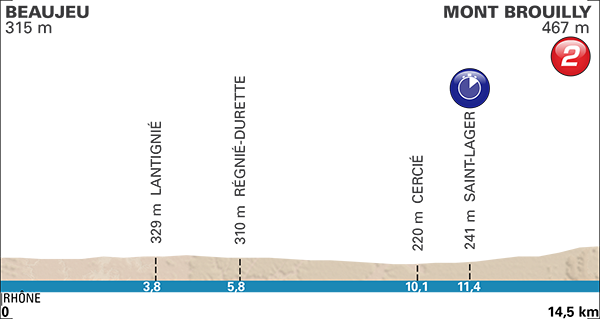 Our first GC day and a 14.5km TT with a finish up Mont Brouilly. Is this one for the specialists or will the GC guys prevail? 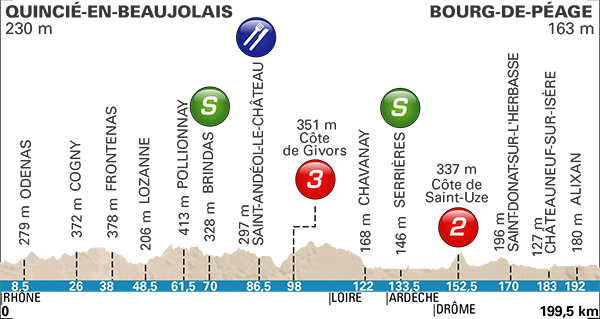 Another likely sprint day but with more rolling terrain a break could well make it. 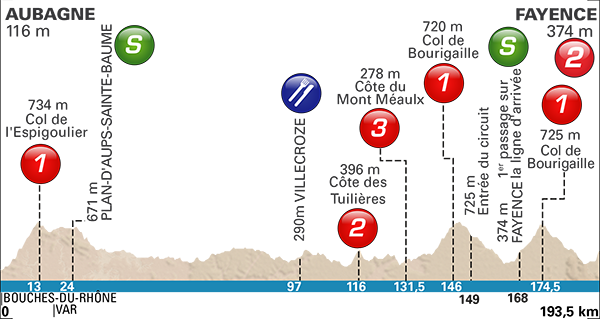 Brutal start to the stage, boring middle, followed by a tough finale with a double passage of the Col de Bourigaille. There’s a nice little kicker to the finish in Fayence too.

The Queen stage of the race in terms of its finale, with a Cat 1 climb of the Col de la Couillole to finish. Will the GC be decided here? 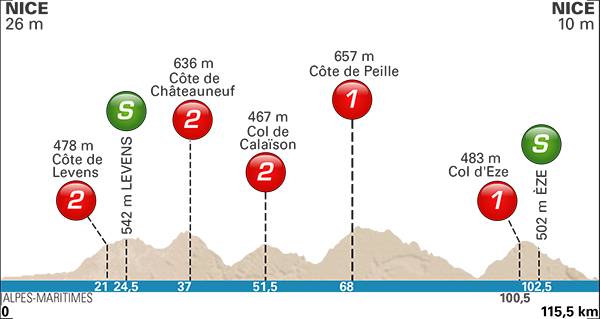 A short and sharp stage to finish the race! Could be action packed if the GC is still close, if not, definite break stage.

In theory, the TT and mountain top finish are the two main GC days but as we’ve seen in the past at this race, Stages 6 & 8 could also have an impact. Will the winner be someone who puts in a strong TT and finishes in the first 3 on stage 7, or will someone be rewarded for some aggressive racing on the other two days?

Richie Porte should start as the favourite for this race: he absolutely creamed everyone at the Tour Down Under. Since then he’s a bit of rest, followed by slowly ramping up the intensity in training and his team say that he’s in great shape for this race. A two-time winner of this event, he certainly knows what it takes to go well here. One of the best GC TT-ers, I would expect him to gain a bit of time there and I can’t really see him losing much time on the mountain top finish. The only concern with him would be the two unpredictable stages as Porte seems to have a habit of being unlucky, or making a mistake and crashing himself.

Alberto Contador has to be his main rival for this title. Without a win this season, yet, he’s still looked very good and this is his first major target of the season. He seems to have re-found his TT form and is clearly climbing well. I hope he’s within 20 seconds of Porte going into the final day as I’m sure we’ll see an attacking race like always from him!

Behind those two clear favourites, there are another two riders who can TT and climb well but maybe just not to the same caliber.

Ilnur Zakarin looked strong in Abu Dhabi, bridging the gap to Rui Costa fairly comfortably. He was very consistent last season and was set for a top 5 at the Giro before his unfortunate crash on stage 19. He returned to the action later in the year and managed to pick up a great stage win at the Tour. If Porte and Contador start to play games, the Russian may just be the one to profit from it.

Ion Izagirre was having a very solid Andalucia before a bizarre crash in the time trial forced him to abandon. With the resulting injuries being nothing serious, he’s back here and wants to be at the pointy end of the race. These types of climbs suit him well and as we saw at the Tour, he’s a handy descender in bad conditions. A definite danger-man! 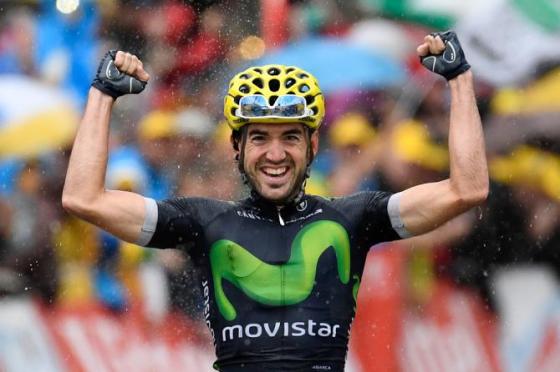 One rider I am keen to keep an eye on this week is Sergio Henao. Recently winning the Colombian National Championships, he seems to have been building some nice form while over there. Wout Poels was meant to be leading the team but he’s had to pull out with injury so Henao becomes de facto leader. Not a great TTer normally, a hilly finale to the course will suit him, he did come 3rd in the TT at Pais Vasco last year. If he can minimise his losses to less than 30 seconds this time round then he has a great chance at the podium.

Julian Alaphilippe is fast becoming a very dangerous one-week stage racer, particularly in this type of parcours. He seems to struggle in big mountain days so stage 7 could be an issue. However, he’ll love the look of the finish in Fayence and could gain some bonus seconds there. Likewise, as a fearless rider I’m sure he’ll be on the attack on stage 8, especially if we get some bad weather.

There are others who could feature but their missing something at the moment in my opinion, whether that be a poor TT or they just don’t seem to have the form.

I’m being boring, but this is Porte’s to lose. 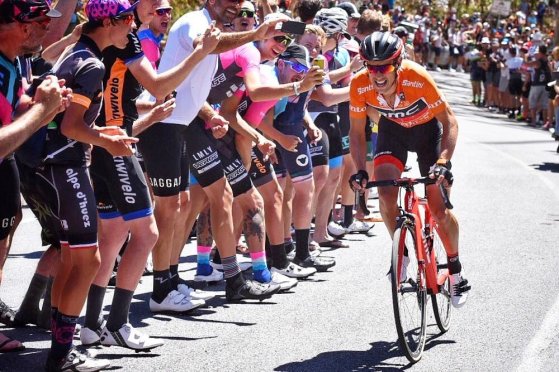 I would be wary if the weather turns for the worse though. I think Henao is a good outside shot for the podium and could profit in an attacking, aggressive race.

Personally, I have something on Henao at 33/1 which is a good EW price, but I wouldn’t advise backing him at the 18/1 he is just now. Instead, keep your money in your pocket until after the TT and see what his price is then!

Thanks as always for reading and any feedback is greatly appreciated. Do you think it’s a two-horse race between Porte and Contador? I’ll be back later this afternoon/evening (depending on when more bookmakers price up/I wake up from my nap) with a stage 1 preview. In the meantime, I’ll be watching both the women’s and men’s Strade! Anyway,

mytwospokesworth Final year student at the University of Stirling studying Marketing and Sports, with a passion for professional cycling.
Published March 4, 2017