Opening stage of the race and it looks like it could be a cracker!

A rolling, hilly day that is a real mixed bag and not what you might expect. At 155km, it will be short and sharp!

If you were to just take a quick glance at the profile you might assume that the final climb will reduce the bunch somewhat but we should end up in some kind of sprint. Yeah, I don’t think that’s going to happen…

Typical of Spanish races, the organisers have made the scale on the Y-axis almost twice as large as it really needs to be and this makes the climbing on the stage look a lot easier than it actually is.

We climb from sea-level early in the stage up to 1000m by the 50km mark. From there it’s up and down for 30kms before a long, shallow descent and the final test of the day, the El Purche.

As per usual, I have made a Strava profile of the climb itself and the run into it, that can be viewed here. 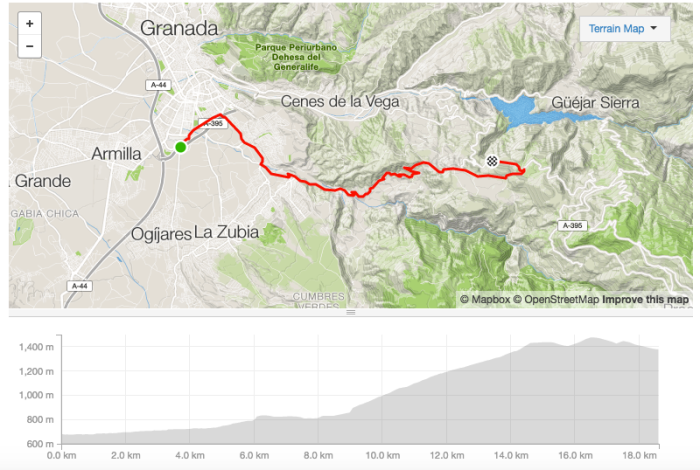 The road rises ever so slightly for 9km before the start of the ascent. The climb itself can be viewed as either 6.2km at 9.2% or 8.3km at 7.9%, depending on what peak you take the summit to be! Either way, there are sections of the climb that go well into the double figures gradient wise, it’s sure to be a shock to the system for the bunch.

Once over the top we have around 14km of proper descending , then a flat-ish run in. The road twists and turns a bit in the final 3km but it shouldn’t be of too much difficulty for the small group that we should have. It might just help a solo escapee though!

The beauty of this stage is that no one really knows and can say with any real confidence how many riders will crest the summit of the final climb together/how many will make it back on the descent/what happens if there is a regrouping.

That hasn’t stopped me before though!

Valverde has to start as favourite for the stage purely because he can win in any situation. He has the form to possibly ride away from everyone on the climb and come home solo, or he definitely has the speed to win from a small group of 5-15 riders.

Nonetheless, I like the idea that the stage will be won solo, so to avoid just repeating everyone from my GC preview, I’m going to highlight a couple of riders who could have a chance.

First up is a rider with two wins to his name already this year, Tim Wellens. 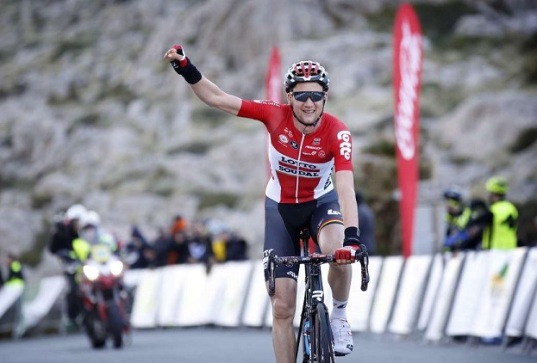 Not afraid to attack, the Belgian so often used to ride with his heart over his head. However, he has more recently toned down his ridiculously timed attacks and taken a more considered approach but still managing to hold onto some panache. If he times the move perfectly tomorrow then he will be hard to bring back!

Remember when I talked briefly about this next rider in my GC preview and I said I would be mentioning him again several times throughout the year? Well, it’s that time already; step up Tobias Ludvigsson. Now, the climb is on his limit and if they absolutely fly up it then he might struggle but if we get a slowing of the pace then he can make it over at the head of the peloton. He was climbing very well at the end of last year and that form seems to have continued into the start of this season, with a very impressive 15th on the Llucena stage that did not suit him at all. He’ll hope to utilise his TT ability on the run in.

I was trying to think of a third but no one else on the start list really fits the same criteria as the above two so I’ll just leave it at that!

I think you all know where this is going, on yoursel’ Big T! 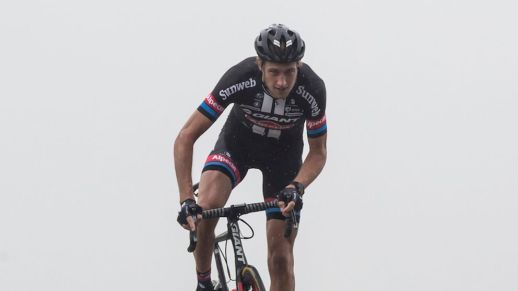 Or Valverde wins which is much more likely. 😉

No value in Wellens, so a wild punt on Ludvigsson for the fun of it!

I might add some H2Hs later once I’ve had a proper look at them, you’ll find them on my Twitter!

Thanks as always for reading, any feedback is greatly appreciated! How do you think the stage will play out? Anyway,

That was My Two Spokes Worth.