We were treated to racing on two fronts today as a massive break of 32 riders was allowed to escape and fight for the stage win. Gorka Izagirre attacked on the climb of Berthel and was soon joined by Stuyven and Slagter once they were onto the descent. Their gap grew and they looked comfortable until Slagter wasn’t taking as many turns so Izagirre turned round to harangue the Dimension Data rider. In the meantime, Stuyven decided to just power on ahead and by the time Gorka realised the Belgian was gone.

Stuyven then led solo for over 20kms and onto the final climb of the day. He was cruelly caught though by a charging Omar Fraile who came round him with around 750m to the top of the ascent. Alaphilippe came from behind but could only catch up to the tiring Stuyven.

Fraile cruised around the final kilometre and onto the airstrip and took his first Tour win. He just needs a win in the Vuelta now to complete the set!

Alaphilippe came home second with Stuyven being rewarded for his efforts by rounding out the podium.

Behind in the GC group, Roglic put in a very strong attack on the climb and managed to gain 8 seconds on Dumoulin/Thomas/Froome. Quintana was a further 10 behind them with a trio of Kruijswijk/Bernal/Bardet arriving 4 behind that. Nothing major but not exactly what a few riders will be wanting just now.

Will they ship some more time tomorrow? Let’s have a look at what is in store for the riders.

A sawtooth profile for the opening 20kms which sees the riders tackle the Côte de Luzençon (3.1km at 5.9%) after only 6kms into the day. By that time they will have faced a short climb from the gun and a fast descent. After the categorised climb something similar happens again with a bit of rolling road before things finally flatten out at the 26km mark. 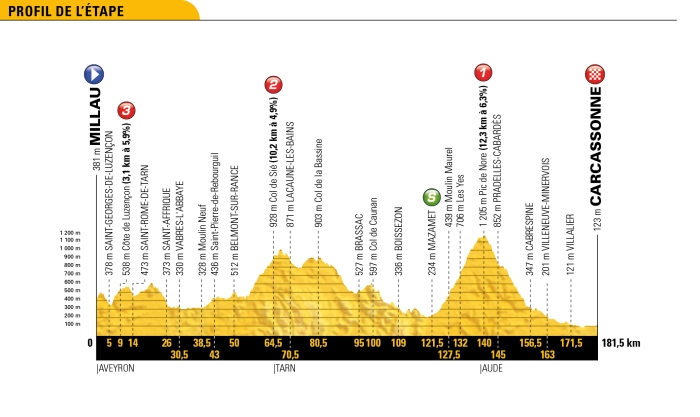 It’s then a bit of a wait until the Col de Sié (10.2km at 4.9%) which is a fairly easy climb although the opening few kilometres are steeper while it flattens out a bit later on. The road then once again rolls for about 20km before they slowly head down again. 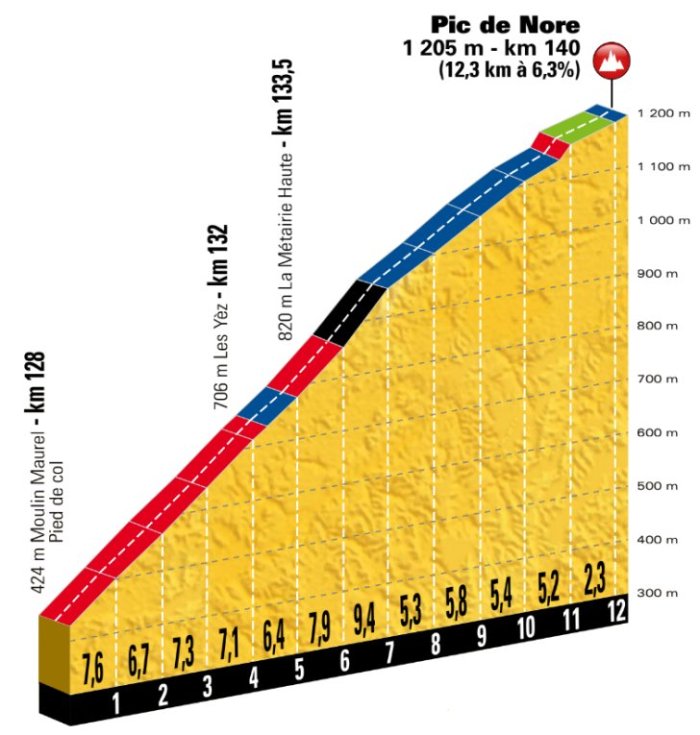 As you can see, the opening half of the ascent is the toughest and this is where the climbers will need to put people into difficulty. Otherwise, it will be very hard to make any gaps on the easier ~5% gradient of the latter part of the climb.

It tops out with 41km to go but considering the only proper flat land comes with 6km to go, although the descent gets a lot more shallow with 25km left, the stage could well be decided on the climb and the risks riders take on said descent.

As for the run in, it is fairly straight forward with only a handful of roundabouts in the closing 5kms. There is a quite tight turn at 600m to go but it shouldn’t cause too many issues as the groups arriving together shouldn’t be too big.

There is a fair amount of climbing tomorrow but with the long descent and flat approach to the line it is unlikely we’ll see any major GC action. If there was a chance of rain then that could have been the case as it would have made the descent more nervous but I can’t see any of the GC guys wanting to waste energy. I think they will all have changed focus to next week already.

The race dynamic will change though if someone kind of close on GC, i.e. Valverde etc, sneaks into the break. Then we could be in for a deceptively tough stage.

Almost the opposite of today, the fight to get into the break will be very tough as the opening 25kms are either up or down: there is very little, if not any, flat land. This means that it should suit the climbers better. Somewhat ironically though, the end of the stage will be more difficult for them to deliver than today. The 40kms from the top of the climb to the finish gives plenty of time for those dropped to return to the head of the race if there is a stall up ahead. We could and probably will see some more tactical games being played tomorrow afternoon.

I’m going to go with some familiar names…

Michael Valgren – Astana were on the attack today and I think they will try to have at least one rider up the road again tomorrow while everyone else helps Fuglsang. Valgren was strong on the climbs when in the break last week and the 40kms from the top of the last ascent to the finish gives him a good chance of getting back on. Not many will be able to bring him back if he attacks over the top of them.

Gregor Mühlberger – Solid all around rider (see yesterday’s preview) the former Austrian champion looked great on the descent with Alaphlippe the other day. Could he gap everyone and hold on? He’s due a big result soon. 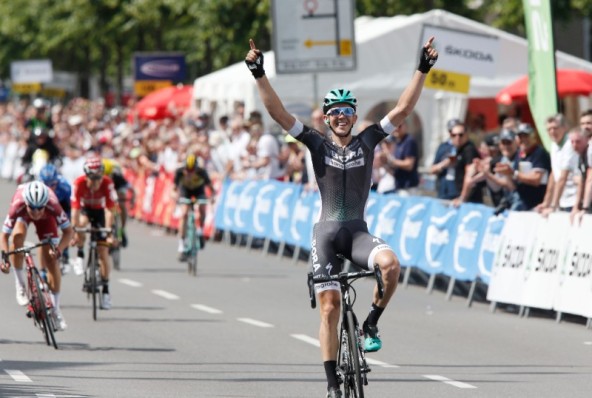 Elie Gesbert. – The only new name here but Gesbert really impressed me when working for Barguil the other day. A strong climber and attacking rider, Fortuneo were another squad who missed the move this afternoon and will no doubt rectify that tomorrow. As a bit more of an uknown rider, he might just be able to use that to his advantage.

Astana to double up and Valgren to win!

Buy Me A Beer

That weekly shameless plug for my “donate” section. If you’ve enjoyed the previews so far throughout the Tour then you can help me through next weeks struggles by buying me a beer (it will be used for coffee most likely) via this link. Thanks in advance if you do!

Time to throw some pennies around again..

Again, I would advise to wait for the exchanges to have some liquidty tomorrow morning as that is when you get best prices. I’ll be waiting until then, but the figures above are just being noted down for the blog.

Thanks as always for reading! Who do you think will win tomorrow and how? Will we see another tactical run in? Anyway,