The Tour is the Tour.

I thought it would be hectic and we might see few spills but that was even crazier than I imagined. Démare was one of the first involved in a crash which also saw Yates and Porte held up but that was the end of the French sprinters chance to take yellow and he rolled home in almost last place. Another rider cruelly struck down by the now infamous #HaugheyCurse. Bernal went sideways when the road narrowed, then Froome took a tumble into a field and joined the chasing group of Porte/Yates. Meanwhile, Quintana suffered a double mechanical just outside the 3km to go mark, awful timing, and he was swiftly passed on by that group as he waited for assistance.

All while that was going on behind Quick Step were tearing things up at the front of the peloton and their young sprint sensation Fernando Gaviria took home the win on his very first Tour stage, not a bad record that. 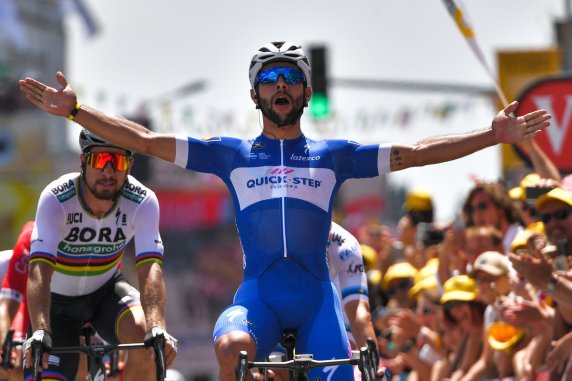 It really was a special lead out and gallop to the line. Sagan was second with a fast finishing Kittel showing a glimpse of his old self with third.

Behind the majority of the GC contenders made it home together aside from Porte/Yates/Froome who lost 51 seconds, Quintana/Bernal who lost 1’15 and Latour who lost 2’11.

Will we see any more spills tomorrow or will all of the sprinters get a fair run at it? Let’s look at what lies ahead.

A slightly more rolling day but another nailed on sprint finish.

Nothing overly exciting until we get to the final 5km again. 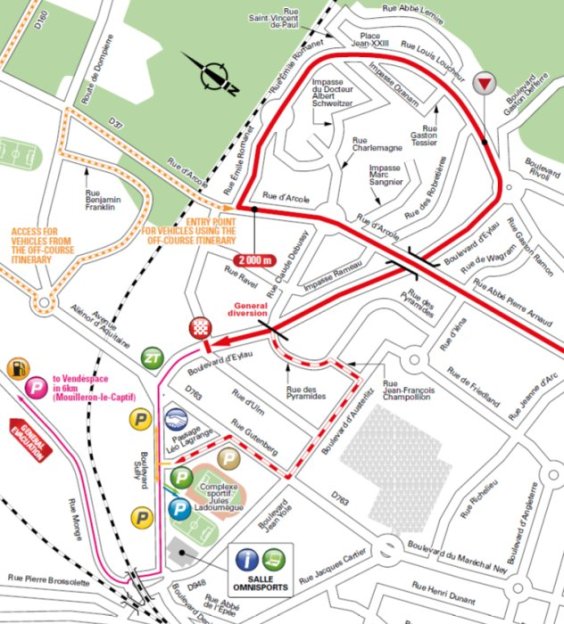 The road twists and turns through the streets of La Roche-sur-Yon with several sharp turns and roundabouts to negotiate. Once again there is a good smattering of road furniture so the riders will have to be wary at all times. Things could once again get messy.

You can see a Streetview fly through of the final 5km on the video above and I would recommend watching it at 0.5x speed to get a better idea of the nature of the run in.

The trickiest turn in my opinion is the one at just after 2km to go when the riders take a sharp right and almost tun back on themselves a bit.

From that point they will be going downhill until the final 800m when the road rises all the way to the line. It is only at an average of 1.8% but it will certainly have an impact on how the sprint is played out. Timing will be very important.

What Can We Learn From Today?

#1 – QuickStep have a very strong lead out, although that was almost expected, and they have utmost confidence in Gaviria who himself is incredibly strong.

#2 – Sagan is Mr Consistent and even without a train he still manages to get into the right position. He matched Gaviria in the sprint but didn’t have enough to come around him.

#3 – Kittel looked somewhat back to his old self as that finish sprint was very impressive to get up for third from how far back he was. Maybe if he’d shown that earlier in the year then he would have more riders to help him?

#4 – Jumbo’s late lead-out was decimated and Groenewegen did a Kittel. He finished strongly too, but he was not mentioned about as much.

#5 – Cavendish and Greipel got lost through some roundabouts.

#6 – Colbrelli and Cort were on leader protection duties.

#7 – The #HaugheyCurse still lives on with Demare, all riders beware.

The Outside Picks for Tomorow.

As I talked at great lengths in yesterday’s preview about the sprinters, today I’m just going to focus on two outside candidates who the finish should suit.

The Italian has had a very consistent season so far with several top 10s in the bigger bunch sprints. His two wins though have come on trickier finishes where there is some climbing at the end of the stage. One was on the Hatta Dam which shows how explosive he can be on the incline while his more recent win against the likes of Sagan in Gaviria in Suisse highlights how he can grind it out on these slight drags. Colbrelli always seems to be a feature in a sprint when there is a steady gradient for a few hundred metres and after helping the team today, he says he wants to go better and show what he can do tomorrow. I’ll be watching with interest. 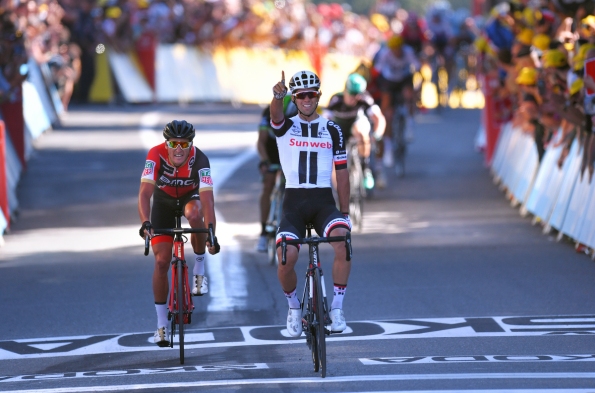 Surprisingly with only one win to his name this year, he has been lightly raced, Matthews will be looking to double that tally tomorrow. The slight uphill drag to the line suits his characteristics well and brings him level with the “purer” sprinters. After today’s stage he said that his legs felt surprisingly good and that he was looking forward to the coming days. Sunweb are apparently all in for Dumoulin’s GC hopes, but Matthews has been given the chance to go for the sprints. It will be interesting to see how much support he gets tomorrow and if he has Arndt and Theuns leading him out, that’s a very short but explosive train. Will we see the super confident 2017 version of Matthews? If so, he might just blow everyone away.

Slightly left field but I really rate Colbrelli’s chances for tomorrow, I just have that feeling.

In before his inevitable 12th.

Thanks as always for reading, who do you think will win tomorrow? Could we see an upset? Anyway,