The first round of the Women’s World Tour is upon is and we’re set for a cracking race. Now in its 4th edition, we’ve had some brutal races in the past and I expect that to be no different this year.

It wasn’t easy for the trio even though they were the strongest on the day as their refusal to co-operate saw Brand and Gillow launch audacious late counter attacks. They were caught on the climb up to the Piazza in what was a gripping end to a great race and allowed for the spectacular picture above!

Will we see more of the same this year? Let’s take a look at what is in store for the riders.

Longer than 2017, the riders will face just over 30kms worth of gravel along the 136km route.

The longest section they will traverse comes at around the half-way point in the race and this will be the place where the field starts to split up. I would imagine one or two teams will come to the front and push the pace on, reducing the group down to 50 or so riders.

From there it will be tough to control and we might see a counter attack and a new breakaway form but things will be brought to heel once we enter the closing stages.

The two gravel sections in the closing 20km are where ELB and co did the damage last year. After the first segment we did get a bit of a regrouping but it was just before the final Strade and once again the stronger riders made a difference there. As I mentioned above, it was only due to their lack of co-operation on the rolling 12kms that remained which resulted in Brand and Gillow coming from behind and straight over the top. If they had worked together then those dropped would have had no chance of getting back. 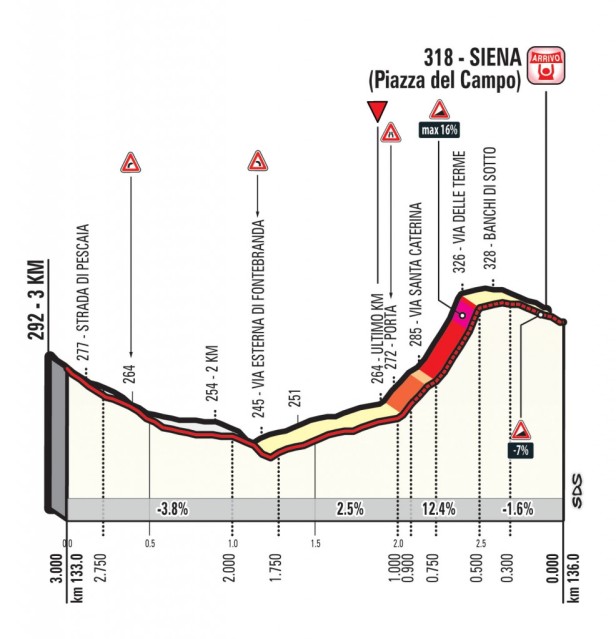 The climb into Siena is brutally steep but at only 500m the puncheurs can hang on with the proper climbers. It is important to be near the front at the crest though because positioning is vital thereafter.

As we saw last year leading through the narrow streets combined with good bike positioning means you can effectively block off anyone from passing, thus securing the win. It’s a tactically shrewd move but one that everyone should be aware of by now. Therefore the “real” finish line is with 200m to go!

Given the surprising amount of snow that Italy has received over the past week, I’m sure the riders will be glad to know that it will be “just” rain on Saturday.

Although the women look set to have the slightly better conditions with more rainfall expected later on in the day, they are more likely to be on the brunt of stronger winds. Making it six or half a dozen really!

Either way, whoever wins come the end of the race will certainly deserve it. 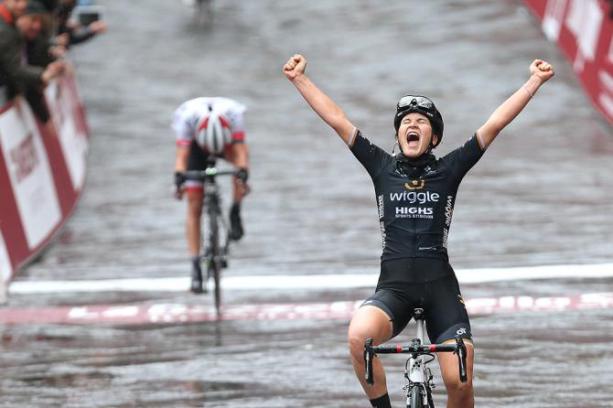 The defending champion arrives here after a solid outing in Omloop where she was on the attack. A great climber and one-day racer, she is one of the many women who seem to have been around for a while but she is still only 26. Those years of experience started to shine through last year with the win in Strade and good performances elsewhere such as a second at the Giro Rosa. I think she’ll find it difficult to double up but given her consistency here (3rd, 4th, 1st) then I would struggle to argue against her going close. With Audrey Cordon-Ragot as a team-mate she has a someone who can go deep into the race with her and even act as an attacker to force other teams to chase.

With a stage-race already under her belt, the Canyon SRAM rider should be a little bit ahead of her rivals here in terms of racing miles. At that race she finished a fairly modest 7th but it was her performances on the climbs that impressed most, with only Moolman (who’s also here) being able to stick with her. Niewiadoma is another rider who is incredibly consistent at this race having finished 6th/2nd/2nd, she will be looking to finally get one-step higher this year. One massive advantage she will have compared to previous attempts is the strength of her team. Canyon should have both Cecchini and Ferrand Prevot in or around the top 10 at this race which means that they should be able to control it due to the numbers they have. Then again, this is Strade and it will be absolutely horrendous out on the roads so “control” might not be the word! I wonder how essential PFP’s cyclocross and mountain bike experience will be.

The winner of the inaugural edition back in 2015, the American lines up here for her first race of the season. After an exceptional 2016 last year seemed like somewhat of a step back in terms of results, with only two wins to her name. She was exceptionally consistent but given the fighter she is I imagine that she will want to return to those previous levels this season. A strong climber with a fast sprint she has every chance of a win if she has the form. Boels also have the very luxury second option of the Queen of the Ardennes; Anna van der Breggen. She’s finished 5th on both occasions that she has raced here, but with the aim of peaking for the Ardennes again, will she have enough in the locker for a good result this year? Deignan is on one of the start lists that I have looked at but she is not in the official preview on the Boels website so she may or may not be here too! It certainly adds another dynamic if she is.

As already mentioned above, Moolman has some good racing in her legs at Setmana last week. Interestingly, she never finished outside the top 10 on any of the stages and managed to take home second on GC. There is clearly some form there! This is a race she has done in the past with a 4th place in 2015 but she was only capable of 18th last year. It should suit her punchy characteristics and given she has been involved in a few sprints, her power figures must be good for the short and sharp efforts. Such a classy rider, could she be described as a dark horse for this race?

With Garfoot no longer on the team and Van Vleuten competing in Apeldoorn the mantle of leading Mitchelton Scott is left with “Spratty”. Having won the Women’s Tour Down Under she has returned to racing in Europe in an attacking mood, having been off the front of both the Belgian races last weekend. Just missing out on the key move last year she finished strongly to come home in 8th place. She’s certainly capable of improving on that this season and a top 5 is possible. I’m intrigued to see how team-mate Kennedy goes in these conditions.

Full of confidence after winning Le Samyn des Dames on Tuesday the Ale Cipollini rider will be hoping to improve on a 13th place last year. She’s a solid climber although she isn’t up there with the best in the discipline. However, theoretically she should love the grim conditions that are forecast for Saturday given her background in speed skating. With an attacking attitude, she might be able to sneak away from the “major contenders” and just surprise everyone by holding on.

The second Australian in the list, she had to unfortunately cut short her racing time Down Under due to a crash. However, she returned at Setmana and finished a very respectable 8th on GC. Apparently attacking to bridge the gap to the leaders on the opening stage, she was closed down by their team-mates. Her form must be good and she is always a consistent performer in the hilly one-day races. I expect a top 10 and anything near the top of the order wouldn’t surprise me too much but it would be difficult to win as she is not the punchiest!

One other name that I want to throw out there (mainly because she is in my season-long fantasy team) is Pauliena Rooijakers. 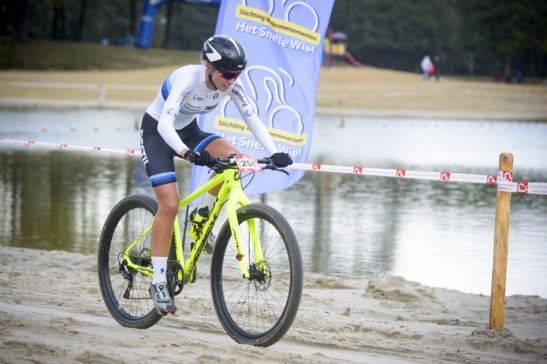 I can’t imagine many of you will have heard of the WaowDeals rider but she is the former Dutch and European Beachrace champion. After competing in that discipline full time in past few years this season her focus will be more on the road. A capable climber on her day she won the Queen Stage of the Tour Cycliste Féminin International de l’Ardèche last year, along with a few notable top 10’s in hilly one-day races. Her background in beach racing should see her at home on the Strade and I’m quietly hoping for a good result; a top 10 would be an incredible achievement.

Form, team, parcours and race history all point to one rider; Katarzyna Niewiadoma. 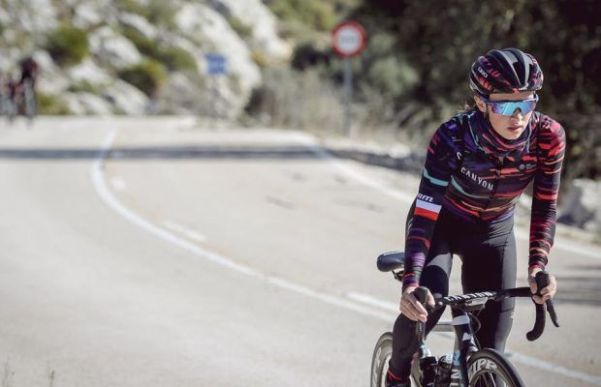 She is a truly incredible bike rider with a string of great results and it is amazing to think she is still only 23! Punchy enough to cope with the accelerations on the climbs, I have a feeling we didn’t see her go 100% in Setmana and she was holding something back for this race. The one big advantage she has compared to last year is the strength of her team which will be a big help; she shouldn’t have to chase every attack herself. On the sprint up to the Piazza no one will be able to follow her and she’ll take a great win.

I’m not someone to make outlandish, season-long claims…wait, no, I am, but I think she will be World Champion this year. No pressure Kasia!

Much like last year, I think we’re going to be able to watch the final 45 minutes of the race live on Eurosport player. I’m not 100% sure at the moment as it doesn’t specify on the schedule but that seems to be the case. It will more than likely be without commentary though so I’ll pester your Twitter timelines with updates instead!

Thanks as always for reading! I’m certainly looking forward to the Women’s World Tour starting again with this incredible race. Who do you think will win on Saturday? Will we see an upset? I don’t normally beg for anything but if you could please retweet the preview to share it around then that would be greatly appreciated; my women’s previews unfortunately don’t seem to get the same coverage as the men’s do. Anyway,