Well that was an exciting finish!

It wasn’t as decisive GC wise as I had expected but it was a very tactical and enthralling finale with attacks off the front being slowly brought back for a counter move to go instantly. In the end though, Wout Poels timed his last attack at the perfect moment and sprung away to take stage victory and with it the GC lead. 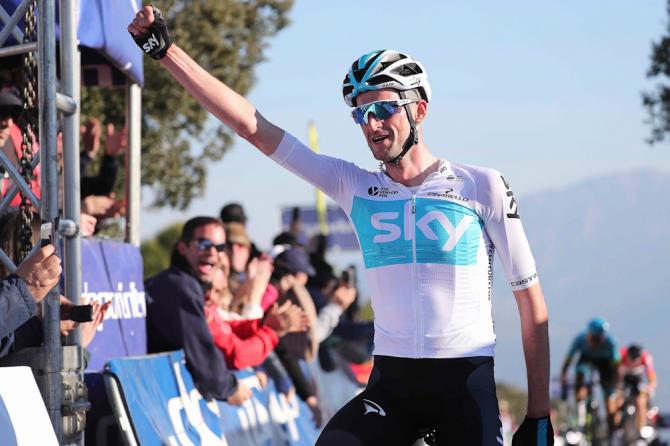 Sanchez and Wellens trailed home just 2 seconds down with Landa and Fuglsang another two behind them. It leaves the race interestingly poised going into the next few stages.

Let’s have a look at what is in store for the riders tomorrow.

The only stage of the race that should be a guaranteed sprint.

With that being said though, the riders will have to contend with a lot of uncategorised climbing throughout the day so it will be interesting to see who takes up the chase.

The two Cat-3s shouldn’t be of any major difficulty for the bunch unless some have really suffered during today’s ridiculously tough finish. We do get an intermediate sprint at Puente Genil with only 10kms left, but given there are no bonus seconds on offer then it’s interesting placement becomes somewhat less interesting.

The final 12km does roll a bit though which makes it a not so straightforward finish. 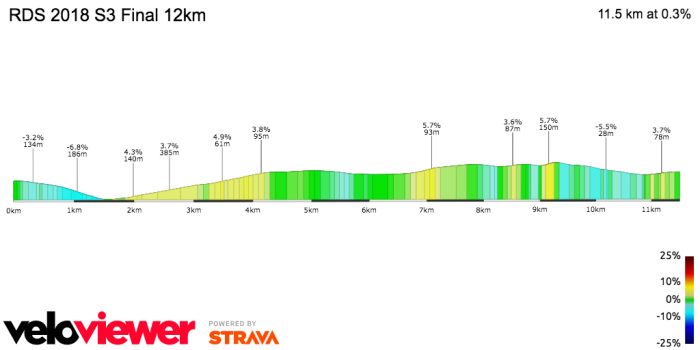 The major rise in the closing section averages 3.6% for 2.4km that “crests” at just over 7km to go. It might just be enough for a team to stretch the bunch out if they hit it hard, but they’ll need to keep the pressure on over the last 7km if it is to be worthwhile.

At just 500m to go, the peloton will be greeted with a very tight left-hand turn. Expect a massive fight to get here as you’ll need to be in the first ten riders through here if you want to contend for the stage.

Those last 500m actually kick up ever so slightly but it is more of a grind than anything else at an average of 1.9%. It will certainly give the sprinters something else to think about as you don’t want to open up too early and fade in the end.

As I said previously, this should be a sprint stage. But nothing is ever certain in cycling!

We saw on the opening day that some of the sprint teams didn’t really want to commit to the chase and the break almost and probably would have stayed away if it wasn’t for Astana. Now, that stage was a lot harder than this one but with a few more days racing in the legs, some of the riders might not be as keen to work at the front all day.

Sky will set their usual tempo but if no one up the road is a danger to them, then they’re not going to over-extended themselves by brining it back unnecessarily. That realistically just leaves the sprinters teams and none of them really strike me with confidence.

Modolo messed up the first stage and he is probably the class sprinter here but can we really trust EF Education First to organise a chase? This was the team that struggled to bring back a break in the Giro even when their whole squad was TTing on the front.

AG2R might chip in to chase but they’ve been in both of the breakaways so far which indicates that they might play that card again. So will Direct Energie or Wanty help then either?

I’m really starting to lean-to the possibility that the break might actually have a better chance tomorrow than originally thought.

In fact, I’m just going to talk about some break candidates because if we get a sprint then I don’t expect Modolo to make the same mistake again.

I’ll keep this bit short and sweet as I’ll no doubt be massively wrong and we’ll end with the obvious bunch sprint. 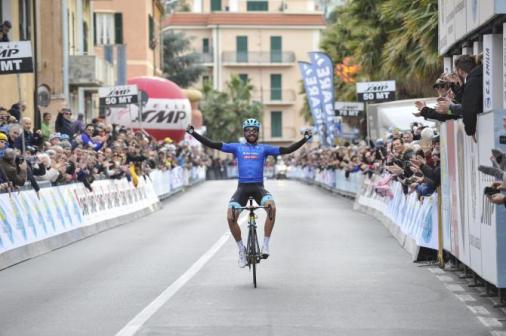 Back again with my favourite Italian on Astana, he and the rest of his team-mates have done a lot of work over the opening two stages for the team’s leaders. In an interview on the Astana website, Moser says that he wants to work well for the team but also chase his own opportunity at some point in the race. We’re running out of stages so he might just go in the break tomorrow if there is a sense in the peloton of no-one wanting to commit to a chase.

As I’ve said above, Ag2r seem keen on sending people up the road during this race. Naesen fits the bill perfectly tomorrow of being far enough down the order not to be a threat but he’s strong enough to win from a group. With the classics season on the horizon, a nice hit-out here would be a good test of form.

He really “found himself” last year while riding for the Armee de Terre squad picking up three victories to his name. Starting his season this year in the Bongo at which he finished third overall, he’s been a solid domestique for his team-mates since then. He’s the type of rider who is dangerous in a breakaway as he seems to be strong in one-day races. With an explosive short turn of power (he’s not too bad at prologues) he could surprise in a sprint from the break. 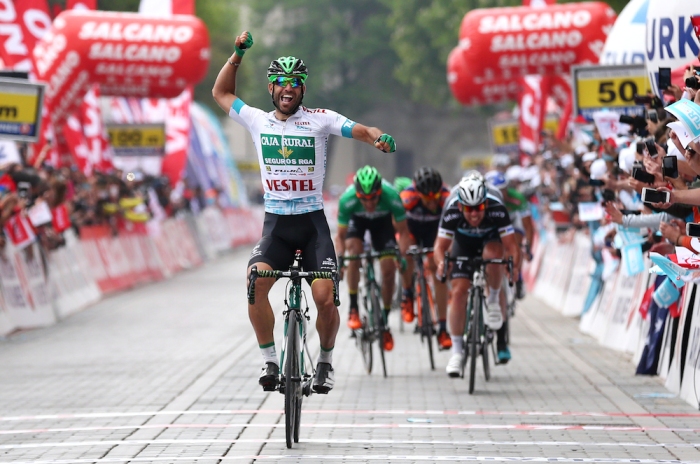 Token Spaniard breakaway pick who also doubles as current KOM leader. Mas Bonet gets into the break to defend and secure the KOM title but with no chase behind he turns his attention to the stage. He packs a surprisingly decent kick and it could catch out a few. The slightly rolling finish would be good for him.

Breakaway stays away as EF Education First fail to organise a piss up in a brewery and no one else wants to commit to the work. In fact, other sprinters teams send riders up the road and a 7 man group stays away until the end.

That man Oli Naesen warms up for the classics perfectly by taking a confidence boosting win here! 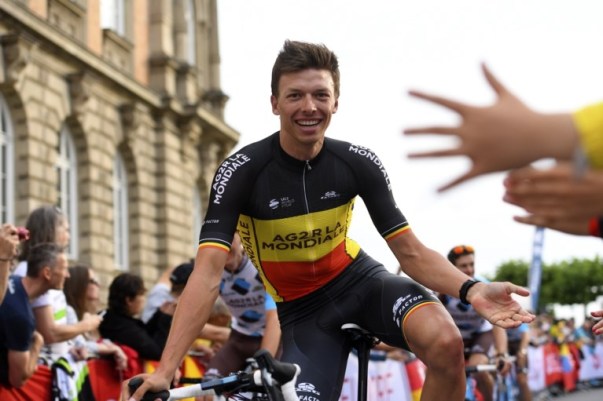 Or we get a fairly dull day where the sprint teams decide to actually co-operate and then it is anyone’s guess. Modolo would be favourite but he’s not unbeatable.

2 of the guys not priced up but I’m just going to “waste” 1pt on some break picks.

Thanks as always for reading. Who do you think will win tomorrow? Will it end in a sprint or will we see the break surprise? Anyway,