After an exciting finale in Varese on Tuesday, the riders will turn their attention to Milano-Torino tomorrow as they make their final preparations before Lombardia on Sunday.

In 2016 we saw a great battle between Woods and Lopez on the final climb after they broke free from a group that had attacked on the flat run in to said ascent. They traded blows but ultimately it was the Astana rider who came out on top after Woods went too early and mistimed his effort.

Uran bolted from the peloton behind to finish third, leaving Lopez in a Cannondale sandwich on the podium.

With the defending champion not returning to defend his crown, will we see a new winner? Let’s have a look at what is in store for the riders.

It seems as if the organisers have adopted the “if it is not broke, why fix it?” adage, as we have the exact same route as the past few years.

Flaaaaaaaaat then two tough ascents up to the Basilica de Superga to decide the day.

On the first effort the riders will complete only 4.29km of the climb, making it ever so slightly steeper than when the climb is taken as a whole. Well, when I say that, the average gradient is 9.137% for that part of the climb. Compared to the 9.081% for the ascent as a whole then there isn’t much difference, I’m just being pedantic!

And that’s pretty much it really, there’s nothing else to know about the route.

The race tends to be very formulaic until we get to the first ascent of the Superga. A breakaway makes it up the road and is then controlled by the teams of the favourites and of those without a rider in it. Fairly standard procedure!

However, we then have a few potential outcomes as to what could happen from there.

Given that the first passage crests with just under 20km to go, then it is very feasible that a counter attack launched here could make it all the way to the line. Of course, for it to succeed then many of the favourites’ teams would need to be represented. If not, there will probably be enough firepower behind to bring it back, but it will have a lasting impact as to how the race is controlled from there.

Last year we saw Kennaugh hold on from the original break until the flat 5km section that bridges the descent and the climb. Once he was caught, the impetus went from the peloton and a splinter group made it off of the front. As the majority of teams were represented, there was very little cohesion behind (although there was little up ahead too to be fair), the front group managed to gain a reasonable time gap. Our top two on the day ended up being from that selection and there is a possibility something like that happens again this year; where the “second in command” riders get up the road while the favourites stay behind and mark each other out.

Of course, the final option is that everything is held together until the final climb and that the best rider on the day wins. That’s what happened back in 2015 when Diego Rosa took off at 2.6km to go and was never seen again. To make that win even better, he managed to make the move in front of his own fan club! 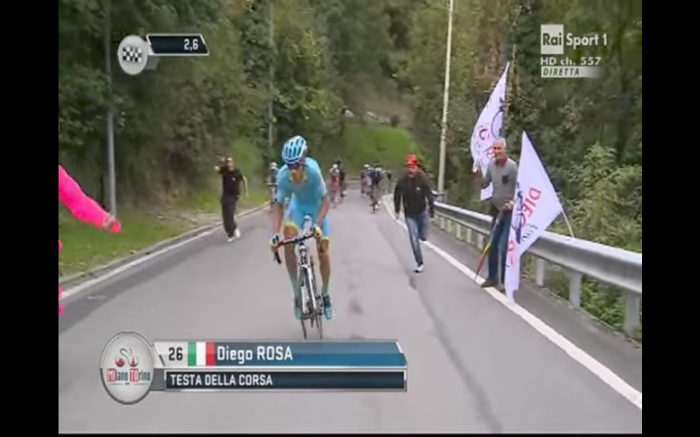 So, what will we see happen this year?

With no Nibali here, then quite a few teams might be happier to take it all the way to the final climb. However, we witnessed in Tre Valli that teams are keen to race aggressively and try not to lean heavily on their star-cards.

Therefore I think we could see a similar outcome to last season; where a smaller group escapes either over the top of the climb or on the flat section. They will then stay away as the majority of the strong teams will be represented.

Due to my logic above, I’m not going to go through the “favourites” as I think they might be fighting for lower places as 3-4 riders from the group ahead will stay away until the end. Maybe!

Once again though, this list won’t be extensive, just a few outsiders to keep an eye on!

A rider who produced an incredible result earlier in the year that has barely been talked about since; when he finished 9th at Fleche aged just 20 years old. He is a talent, that’s for sure! After that performance he’s continued to feature in races here and there, including his first pro win in the Tour de l’Ain. A natural climber by body-type, he is incredibly light, tomorrow’s summit finish looks good for him and given the right company he can contend. After Pinot’s very strong showing in Tre Valli, I think teams will be wary of bringing him to the final climb with the bunch together, so FDJ will have to go on the counter. Can the former Tour de l’Avenir winner cap off a good first season as a pro?

The local hero will no doubt have his fan club cheering him on roadside, but will it once again be the catalyst to spur him on to victory? In his recent races he’s done a lot of work for his team-mates so it is hard to tell where his form truly is at the moment, but it is normally at this time of year where he comes good. Really good. With this being his local race, I think Sky might have him as a co-leader, in the hope that he will be more willing to help Poels/Landa/Kwiat in Lombardia on Sunday. He is one to watch.

He’s certainly not a one-day specialist, but given the way he flew up the climb at the TT in the World’s then I think he has recovered from his illness that thwarted his late season. On his day, he can climb with the best as we saw at the Tour de France when he took a great win. I’m intrigued to see how he goes tomorrow, but I think he can surprise. 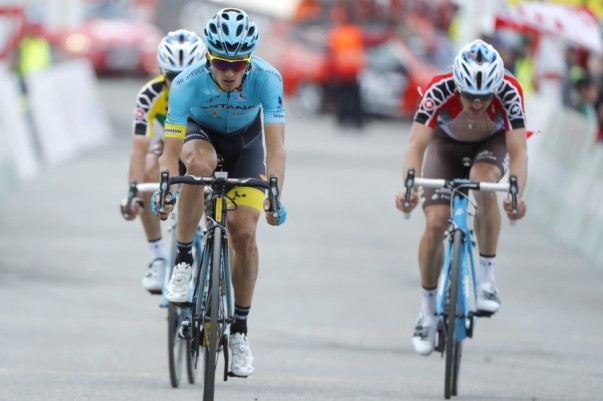 It is basically a rule of thumb that an Astana rider has to go well here, they’ve won it the past two years! Both the riders that have won on those occasions have been the rider who is not the clear leader of the team, so sorry Aru it is not going to be you. Bilbao finished well here last year, taking a fine 7th place for Caja Rural. He is a rider I like a lot and it is good to see him take a step up this year now that he’s riding at World Tour level. At the Vuelta he was climbing as well as I have ever seen from him so it will be interesting to see if he can repeat that here. If so, he is a big danger!

A case of which Sunweb rider to go for, they have brought an embarrassment of riches to this race. I thought Oomen would be tired after his first Grand Tour but he certainly proved me wrong and was part of the very impressive TTT winning outfit. In Tre Valli he followed that up with a very commendable sixth place so he’s clearly doing something right! Like Gaudu, he is a small rider who packs a mean punch and he could dance his way up Superga tomorrow.

The local hero to take another victory though, with Rosa to make it two wins at this race in three years!

As I’ve said above, I think we’ll see a similar outcome to the previous edition where a smaller group will breakaway on the flat run in to fight out the race.

The real question for the day though is; where will the Diego Rosa fan club be positioned out on course?

As of yet, only the likes of Unibet are offering odds for the race. Tempted with something on Rosa for the win and top 3, and then also “Any other rider” as this covers Bilbao and Gaudu too. Nothing wild with the stakes though!

Thanks as always for reading! Who do you think will win tomorrow? Could we be in for an upset? I’ll be back on Friday with my Lombardia preview. Anyway,