A break formed relatively quickly, only after 20km of so or racing but they were never given more than 6:30 of an advantage from a Sky led peloton.

With the move caught on the Peyresourde, it looked as if we were going to see some GC fireworks before the top but the group whittled down to around 10 and that was it. No one else was dropped and the riders found themselves approaching the final 500m together.

Bennett launched an attack but was brought back easily by Landa, before Bardet and Aru sprung up the inside. Froome wasn’t able to follow and the Frenchman held on for a great victory. 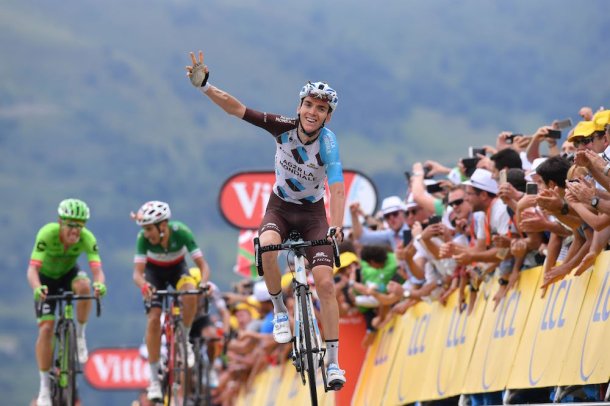 Uran did well to get up for second while the Italian National Champion took third and moves into yellow for tomorrow’s stage.

Arguably the most talked about stage of this year’s whole Tour. Taking a page out of what we’ve seen at the Giro and Vuelta recently, tomorrow’s route is short and sharp. 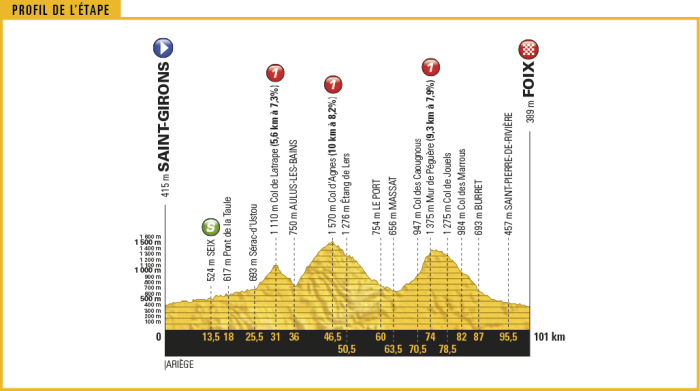 We have three Cat-1 climbs packed into 100km of racing which should surely lead to a fast pace from the gun! With that being said, there are 25.5km of false-flat before we hit the Col de Latrape for the hopeful escapees to try to get up the road.

Latrape isn’t a long climb (at only 5.6km) but averaging 7.3% it is fairly steep and will act as a nice warm-up for what’s to come. I wonder if we’ll see any early attacks on the climb? A short descent follows which isn’t too technical, before the toughest climb of the day.

It’s actually hardest right at the bottom, with the opening 3kms averaging 9.2%. Nice and explosive! From there it gets “easier” but if a team takes it up or a GC rider attacks early, there is a good chance the race gets blown to bits. Given the short nature of the stage, that looks like a strong possibility!

Once over the top we have a long descent (almost 20km) before the next climb. The descent itself starts off very technical and we could see AG2R attack here like on Stage 9. It does ease off later on but the damage could already be done.

The Mur de Pérguère averages 7.9% for 9.3km but that doesn’t really tell the whole story… 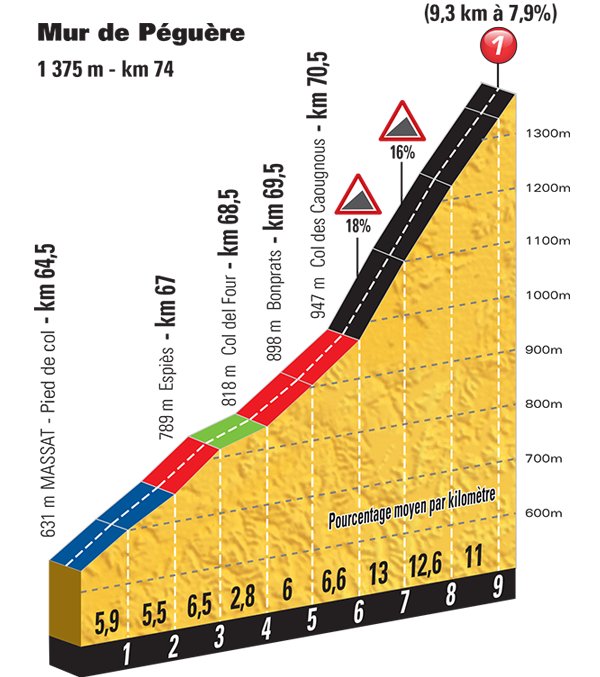 I did wonder why it was given the honour of being called “Mur” but it made sense once I saw the profile. The opening 6kms of the climb are fairly straightforward compared to what the riders have faced earlier in the day, only averaging 5.55%. However, it is the final 3.3km that will really test the riders legs – averaging a very painful ~12.5%!

The riders will then descend pretty much all the way to the finish, although it does get flatter in the last 10km and is more of a shallow descent. Will we see a solo rider come to the line or it will be a reduced sprint to the line?

With a technical run-in, I certainly hope it’s the former!

It should be a GC stage but you can never be 100% sure. I thought the GC teams would let the break get away today, with one eye on tomorrow’s stage but Sky almost double-bluffed everyone and closed it down.

We’ve seen at the Giro and Vuelta that these type of stages are very explosive and entice aggressive racing from the GC contenders. No doubt some of the teams will try to get lieutenants up the road to hopefully help later on, but considering everyone will be trying to do that, then it could be hard! It might be another day where a 40-rider “break” goes but never gets more than 2 minutes or so.

The issue is that with no climb right at the start, and no summit finish, some of the GC riders might not fancy their chances. I guess they’ll hope that the battle to get into the break is so fierce that they’ll be within touching distance on the first climb.

It is Bastille Day so no doubt we’ll see numerous French riders try their hand throughout the day. Whether that be those looking to get in the break and hopefully win the stage that way, or someone like Bardet who will hope for a big GC fight.

We’ve not had a French winner on Bastille Day though since David Moncoutié back in 2005 though!

Do the other GC teams sense enough of a weakness in the Sky came to try to isolate Froome, taking advantage of his “bad legs” that he had today. It will be a tough stage for Astana to control so no doubt they’ll be happy to see the break go. However, I think AG2R/QS/Orica will all want the race controlled.

Bardet is obviously on stellar form at the moment and will be wanting to go as well as he can while he’s flying. I imagine they’ll place a few riders in the break but he will attack on the middle climb of the day, hoping to bridge to them. The same can be said for Yates and Orica who always seem to get their tactics right on days like these.

As I’ve waffled on already and may need to rush this a bit before work, I’ll just list two riders and how they might win tomorrow. 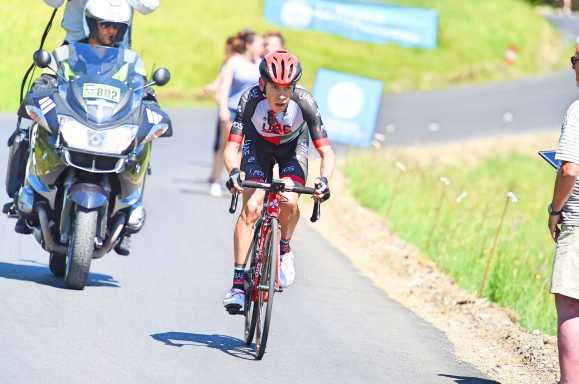 After suffering on stages 5 and 9, the South African coped a lot better today (finishing 5th on the stage) and like a few others seems to be getting better just now. At almost 5 minutes down on the overall, he’s not an immediate threat for the big guns and could be given some leeway to attack from a reduced group that might be heading to the finish together. There is also a chance that he could sneak himself into an early breakaway and take the stage from there. Finishing 3rd on the very attacking final stage at the Dauphiné there is a chance he repeats that feat here, if not going better.

He looked ominously strong today. Like, just ridiculously strong, it barely looked like he was breathing going up the final climb. I was more out of breath watching the stage than he was riding it! He could have closed Bennett down much quicker but almost had to rein himself in not to put Froome in the red. After pulling at the front and moving over to the side to let his leader attack, he still had enough in the tank to get back up to speed and finish 4th. Not bad considering the head-start he gave everyone else! Although it is unlikely as Sky tend to take the approach of “all for their leader”, I would be getting Landa to attack tomorrow if I was DS. If Froome isn’t great just now, it is much better to have two riders close to the top of the GC going into latter part of the race so they can play the numbers game. He is the one rider I can see attacking everyone on the final climb and holding on to the finish. Will Sky be willing to let him do that? Probably not, but you never know. Will Landa listen to them either way? That’s also debatable.

In an act of defiance that turns out to be a great race strategy for Sky, the mercurial Spaniard takes the win. 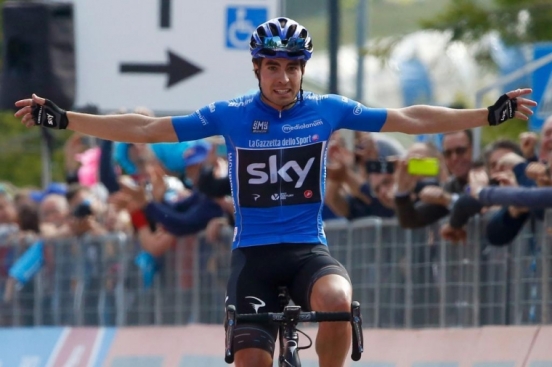 Froome recovers from today’s efforts and manages to mark everyone else out of chasing, allowing Landa a good time gap to put him back into overall contention.

Thanks as always for reading and apologies the “contenders” section is shorter than normal! Who do you think will win? Will we finally see a French rider win on Bastille day? Anyway,