I’m all for having sprints in the Tour as every rider needs some type of terrain to showcase their talents, but I’m definitely glad we don’t have another one tomorrow.

With regards to what the other sprint teams were doing today, I’m not angry, I’m just disappointed. No guts or courage to try something different. Instead Katusha and Lotto Soudal were happy to help pull all day and they were duly rewarded with 12th and 7th place finishes respectively.

Of course Kittel won again, he’s just too good at this moment! 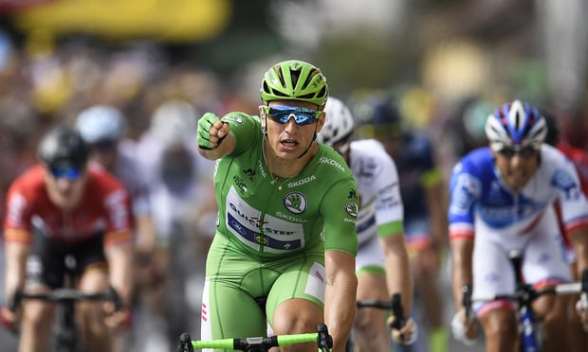 Groenewegen finished fast to come home second, with Boasson Hagen rewarding his strong lead-out with a third place. A good day in one sense as I tweeted out to back EBH in-play as I thought the technical run in might suit his team and it did, but I would loved to have seen something more gutsy from the sprint teams.

A big “fair-play” though must go to Bodnar who held off the bunch for oh so long, only to be caught within sight of the finish line.

After three rest-days, we finally have a stage that might entice some action.

A long day out in the saddle, the riders will have to contend with some rolling roads for the first 55km of the day before they hit the first categorised climb. However, it won’t really be until after 120km that things get serious. The Col de Menté averages a very steep 8.1% for 6.9km. This is where we could see some of the GC teams come to the fore, maybe hoping to apply some early pressure but I think that’s unlikely. Instead, it is more likely to be where the break splits up, especially if we have a larger group.

Once over the summit the riders will tackle 10km of descent, along with 10km of valley roads before the road starts rising again up the Port de Balès. Officially 11.7km at 7.7%, the riders will actually be climbing for ~20km at 5.7%.

Considering the riders descend almost all the way from the summit, there are only a few flat sections, to the foot slopes of the Col de Peyreseurde, it will be interesting to see if any riders attack early.

The Peyreseurde itself is shorter than Balès and is a lot more consistent, making it more suited for riders who are able to get themselves into a steady pace. Will we see some attacks? I sure hope so and I think we will, it’s just a case of when?!

The descent from the Peyreseurde is very straight forward, I’m sure the riders will be glad to know that, and they’ll hope to carry as much speed as possible into the tough final 3kms. A final kilometre at 13% is a brutal way to end the stage and with all the climbing that comes before riders can blow up massively here and lose a lot of time.

A classic 50/50 stage where the breakaway could stay away, but there is also a chance that the GC teams control it for the final few climbs and hope to get some bonus seconds.

There are faults with both plans though.

Firstly for the break, it will no doubt be a massive fight to get into the move and I wouldn’t be surprised if we only see the elastic snap after an hour of racing. The issue that lies here is that it will more than likely be strong rouleurs who make the move, with the flatter start being difficult for climbers to get in. No doubt there will be a few who sneak their way into it but it will certainly be tough. The steep gradients of the climbs make it hard for a rouleur to win so in a cruel twist of fate, while the break might be easier for them to make it into, it will be harder for them to win!

There are obviously riders in the peloton who can do both and they’ll be eyeing up this stage.

As for the GC riders going for stage victory; it depends on Sky’s attitude. If they are in their usual controlling mood then there is a good chance we’ll see a GC winner. Froome looks strong just now and is growing into the race but will he feel ready enough to attack the stage? I’m not sure. It is an easy day for Sky to control if they want to, with the tough climbs coming in the second half of the stage.

The crashes of Bardet and Fuglsang today might have a negative impact on the GC riders willingness to go for the win.

Furthermore, with a crazy stage coming the following day, I think we’ll see the break take it tomorrow. So time to play everyone’s favourite game again…

Names in hat time, so I’ll highlight a few possible contenders like always. 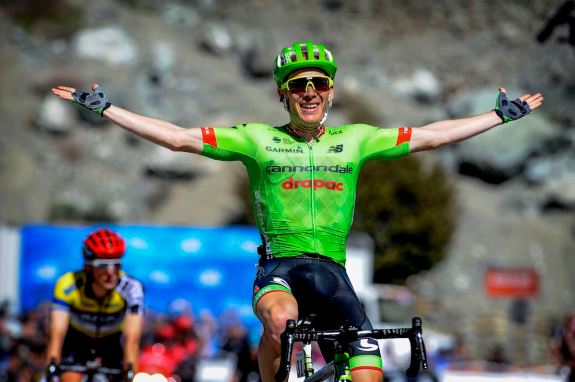 One of those riders who might not be allowed away if he is to protect team-leader Uran, but on the other hand he could be sent up the road to help later on. If the break gets a big lead then Talansky is a strong enough climber to take the win.

The UAE rider has been very quiet so far this race, maybe saving his energy to attack on a stage? The steep gradients tomorrow should suit the punchy Italian and he is in relatively good form, finishing 2nd at the recent Italian National Championships. Although the length of the climbs might be tough, but he has went well in hard stages at the Giro in the past. Meintjes has struggled a bit on GC so far, and I think UAE will allow Ulissi to go on the offensive tomorrow, will he take his chance?

Another rider who hasn’t been able to take his own chances so far due to having to help team-leader Contador. Yet, the Spaniard hasn’t been great this Tour (as was almost expected) and I think we’ll see Trek adopt an aggressive approach to the rest of the race. Felline isn’t known for his mountain climbing, but like Ulissi he is good on the punchy stuff. He’s a strong rider who’s having a great season and a good result tomorrow would take that even further.

Talking about riders who’ve had great seasons…Gilbert has had an incredible 2017 so far and he is surely targeting a Tour stage win at some point. He was active in the break on Planche des Belles Filles and was actually the last man standing, putting in a very impressive display of climbing. Tomorrow is a whole different ballgame but he is certainly not a rider to be discounted. Like many others, it all depends if he’s given the freedom and doesn’t have to work for his team leader. He did a lot of work today pulling at the front of the bunch, stretching his legs for a good hit-out tomorrow! Or that’s what I’m making of it anyway. 😜 A wild card given the climbing talent here but you never know.

Break stays away by around a minute and Diego Ulissi takes a memorable victory.

Thanks as always for reading and any feedback is greatly appreciated. Who do you think will win tomorrow? Will the break survive all the way or will we see a GC battle for the stage win? I’m just hoping for a good day’s racing! Anyway,