I’ll juxtapose the long and dull stage with a very short preview!

Long day in the saddle that ended with a sprint that was won by Kittel. Where have we heard that before?! 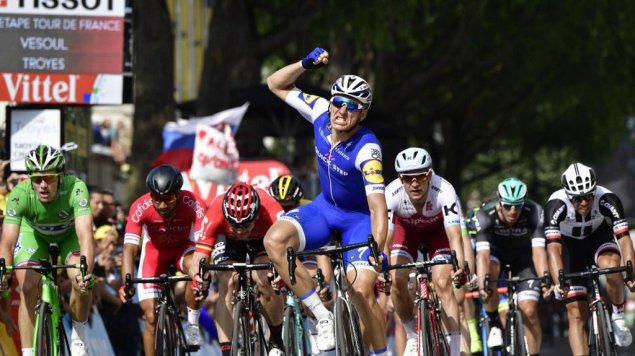 He didn’t make it easy for himself once again though, and at 250m to go he looked too far back to win. Nonetheless, he powered down the centre of the road and won comfortably in the end.

After the highs of yesterday, it was a poor day for the blog punting wise with Bouhanni coming 5th. He looked good, but just never really got going. He’ll get that podium one time, most likely when I’ve not backed him!

Another zzzzz kind of day, good thing I’m sleeping in the afternoon due to work! 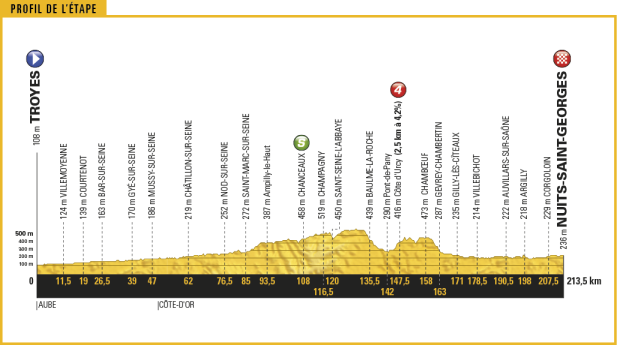 No major obstacles to worry the fast-men of the peloton and we should see a sprint. There is a slight chance the break makes it but it is very unlikely as FDJ/QS and possibly Lotto Soudal will chase most of the day. It’s only once we get into the second half of the race and Kittel has 5 wins to his name (spoiler alert) that a break might survive on a sprint day.

As for the run-in itself, it is incredibly simple! 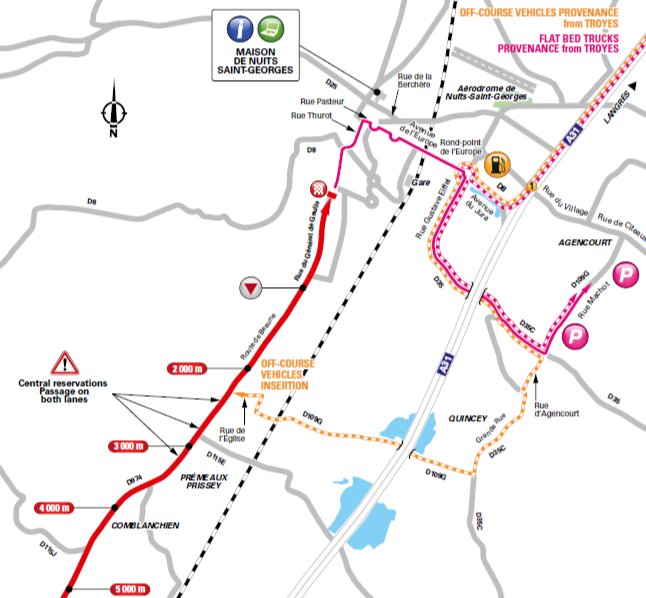 No roundabouts or sharp turns in the final 5kms, just a couple of central reservations to split up the lead-out trains.

This will be a fast, and in theory, an organised sprint. That went out the window on Stage 2 though when we had a similar approach as everyone was fighting for the road and no-one had real control.

I expect that to be rectified tomorrow! 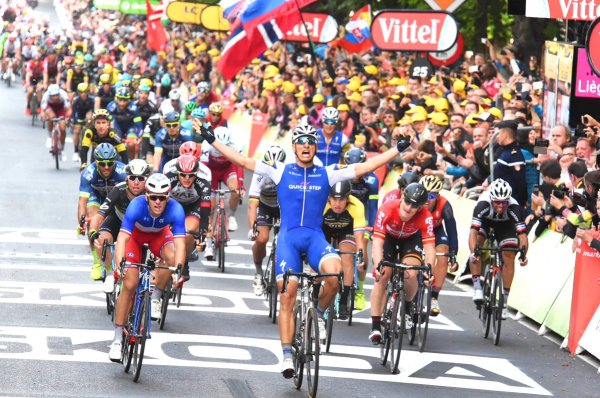 No one can get close to the German.

I thought today’s stage wasn’t great for him and that he might get caught out but tomorrow looks ideal. He won convincingly today with a relatively poor lead-out and coming from far back again, however, I expect him to be better positioned tomorrow. Heck, after today’s performance, he doesn’t have to be!

Démare is his closest rival in terms of both sprint trains and speed, but he’ll come up short again. The battle for the final podium spot will be interesting, can Greipel maintain status quo?!

There’s nothing left to say, so with that…

After being reluctant in the past to back favourites who are odds on or very short and regret seeing them romp away (every stage at the TDU), I think I’ll finally take the plunge with Kittel tomorrow. In my mind, I’m viewing it as a H2H against the field. Makes it easier to back for some reason!

Still don’t want to go crazy with the stakes just incase he fails. Will make it a tougher pit to crawl my way out of and I don’t want a repeat of the Giro.

That’s how things are standing so far betting wise. All on Kittel? I think I’ll leave myself some room to throw (waste) some money on breakaway riders over the coming weeks so I’ll go with…

Thanks as always for reading and apologies this is shorter than normal. There’s only so much I can drag it out without it becoming too repetitive! Who do you think will win tomorrow? Can anyone stop Kittel? Anyway,