A very attacking stage by the sounds of it, with a few riders up the road throughout the day.

For a while it looked as if the break was going to win comfortably as Niewiadoma was shouldered with a lot of the work. However, some sprinters/GC teams came to the fore and helped to bring the gap down.

Nonetheless, a trio of riders managed to stay ahead until the end. With Majerus and Kirchmann doing a lot of the work pushing on for GC, it was Roy who took advantage in the end: taking a very strong sprint win! 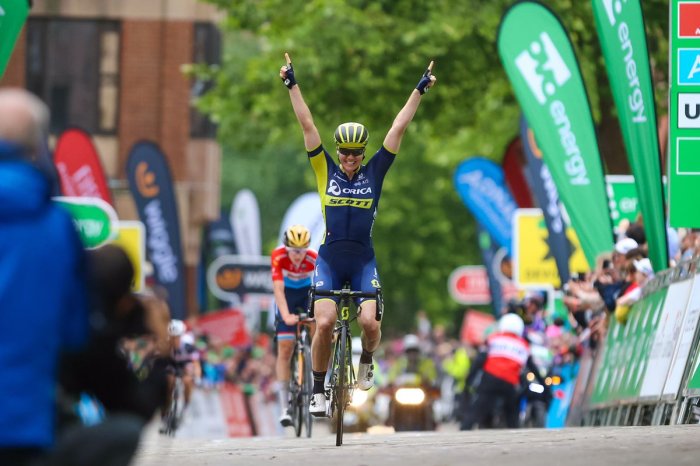 Majerus and Kirchmann move up to 2nd and 3rd on GC, mimicking their places on the stage. Niewiadoma has the GC sealed up though, with only one stage left in London tomorrow.

A pan-flat jaunt around London. 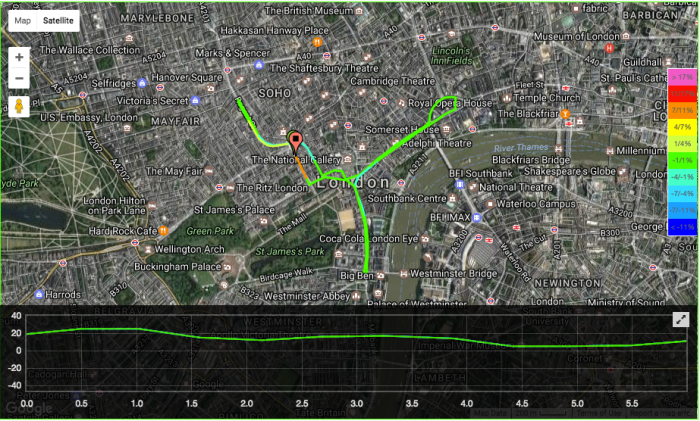 Quite a technical course, positioning will be important coming into the last right hand turn before the slight drag to the finish line.

I’m not going to beat around the bush here, it should end in a sprint. There is of course a chance that we get some type of late attack, à la van der Breggen at La Course in 2015. But yeah, 99.99999% chance it ends in a sprint!

With a stage win under her belt already, the Aussie sprinter will be full of confidence going into tomorrow’s stage. She’s in great form this year but would probably prefer a slightly tougher course. The slight drag to the line will help her though!

Leader of the intermediate sprints competition, the Wiggle rider hasn’t had a chance to shine at the end of a stage yet. However, it is hard to deny that she is probably the fastest sprinter in the peloton at the moment, having won 2 stages in Chongming not too long ago. This type of circuit suits her down to the ground and with Bronzini as a pilot fish, she should be guided into the perfect position with 150m to go.

Leader of the Best Brit category (just ahead of her sister), I imagine the Canyon rider will be sprinting to keep ahold of that title. Cursed at the start of the week by me naming her as my GC favourite, she’s not down too badly to be in 5th place. On stage 2 where she finished second, I think she actually looked like the fastest rider but was just caught out of position. Obviously tomorrow’s stage is a lot easier but she should be up there again. Some bonus seconds on the line could see her move onto the podium!

As much as they say there’s no sibling rivalry and that they get on well, the younger of the Barnes sisters will be gunning for victory tomorrow. Having taken a real step up this year performance wise and used to this style of racing due to her appearances in the Tour Series; I think she can feature prominently tomorrow.

With Majerus unlikely to move from second on GC, I think Boels will turn to the Tour de Yorkshire winner tomorrow. Well, unless they go for Blaak or Pieters, the latter could move into the top 10 if she gets some bonus seconds. Anyway, Deignan has been very quiet so far this race doing a lot of the work for the team, stating that she is here to build form for the national championships. I think she’ll want to test her legs in a sprint and what better to do so than at race pace tomorrow?! With the lead-out that Boels have, whoever they chose to be the sprinter has a great chance!

If we do get a late attack, look out for Ellen van Dijk. She’s looked very strong this week and is one of the few riders who can hold off a charging peloton.

I’ll go for the Belgian Bullet Jolien d’Hoore to take the win!

Thanks as always for reading and as usual any feedback is greatly appreciated! Hope you’ve enjoyed my take on this week’s racing. Anyway,