Well, out of all the possibilities I think the morning break staying away was at the bottom of my list!

However, De Gendt did what he does best, powering away from breakaway companion Domont on the final climb, and managing to hold on to win the day by a comfortable margin.

In the fight for third, Ulissi won a three up sprint against Latour and Buchmann, after the trio had escaped just before the summit of the final climb.

Colbrelli won the “bunch” sprint for 6th, with a whole host of GC riders finishing inside the top 20.

An annoying stage in some respects as my “reading” of it was fairly spot on, with a group of around 50 riders coming to the finish together. Slightly larger than I had thought, but that may have been different if the break had been caught before the final climb. Oh well, moving on!

Another up and down kind of day for the riders.

Starting on a Cat-3 climb should stretch the legs of the riders. The road even continues to rise once they’re over the summit, which should in theory means that the morning breakaway is a strong one!

Over the next 50kms the action will lull before we hit a triple-threat of categorised climbs rolled almost into one.

First up is the Col de Verrières-en-Forez (9km at 4.8%), then the Col de Baracuchet (6.2km at 4.9%). Taking it as a whole (from Montbrison to Baracuchet) then the climb is 23km at 3.8%, however that figure should be taken lightly as it does include over a kilometre or so of flat before the road actually starts rising, it’s probably closer to just over a 4% average for the whole climb!

Once past the summit, the riders will face a plateau before tackling the Cat-4 Col des Supeyres (2.9km at 5.6%). It shouldn’t really cause any issues but it all depends on how aggressive the racing is.

We then have a long descent and some flat roads to contend with before the riders head through the finish line for the first time.

As you can see on the profile, there is an uncategorised rise just after that first passage which has no figures attached to it. So once again I’ve made a Strava profile of the closing loop to hopefully clear some things up/gain some more information about the course! You can view it here. 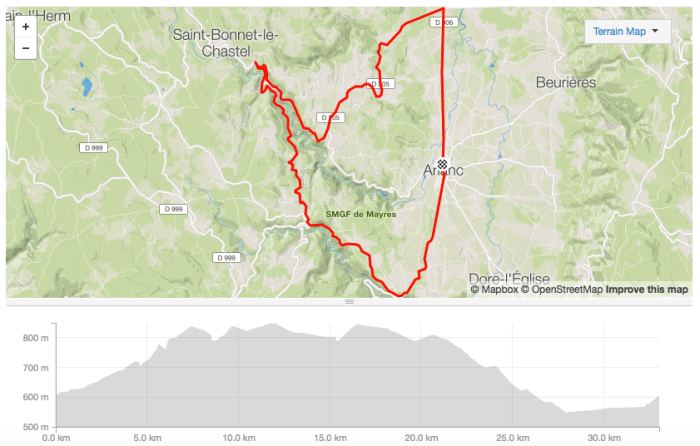 Based off of the altimetry data from Strava, the climb appears to average 3% for 7.3km. It should definitely be a Cat-4 climb at least!

The road then “rolls” for the following 15kms as they negotiate a twisting/winding part of the stage, including some tight hairpin turns and kilometre long sections at +6%.

The descent itself is fairly technical but the peloton should be able to cope with it! Once we reach the bottom of the descent, there is roughly 4kms of flat/false flat before the 400m rise at 4% to the finish line.

It all depends on how aggressively the middle section of the stage is raced. A lot of the sprinters could be dropped here if a few of the teams with stronger riders fancy their chances.

For example Bahrain (Colbrelli) and Dimension Data (EBH) might push the pace on to drop some of the pure sprinters, many of whom unhitched early today and rolled home 16 minutes behind.

If something similar happens tomorrow, then it is hard to look past the two riders listed above.

However, it will take a lot of work and commitment early on from those teams to drop the sprinters and I can’t see that happening. Instead, we might see them turn the pace on over the uncategorised 7km climb near the finish.

The 400m rise to the line is interesting as well because it is borderline whether the sprinters will be able to make it up near the head of the race. The first 200m will be taken very quickly due to the run-in speed that they have, but things will slow down after that.

I think a few of the “big men” might go pop but there are certainly some that can compete.

Colbrelli seems to be unaffected after his break from racing, sprinting home to 6th place today and winning the bunch kick. He clearly seems to have good legs already and he will relish tomorrow’s finish. He has to start as the favourite!

Boasson Hagen was denied the opportunity to sprint today after an untimely mechanical in the final few kilometres. Never looking in trouble today, he’s is obviously carrying the good form that he showed in the Tour des Fjords and is a dangerman tomorrow.

Coquard in theory should also be another sprinter who will enjoy this type of finish. The Frenchman is still without a World Tour win on his palmares and tomorrow presents a great opportunity to change that. His form doesn’t seem to be great though after finishing so far back today and struggling in the Baloise Belgium Tour towards the end of May.

Dumoulin, a.k.a The Pocket Rocket, will be hoping to go well tomorrow. The veteran French rider has a great uphill kick and out of the sprinters (aside from EBH and Colbrelli) he was the one who finished highest today. He could spring a surprise! 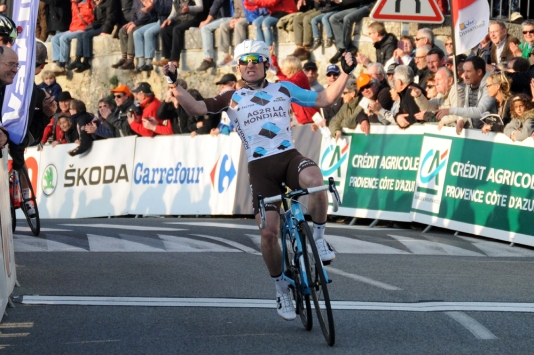 I’m not too sure about the likes of Demare, Bouhanni, Kristoff etc after their poor showings today. They all could well feature if the pace is easier on the climbs but I wouldn’t trust them!

An outsider that I am interested in is Valgren.

The Danish rider performed well today, sprinting to 10th place. Astana don’t have a proper sprinter as such and on a finish that suit the Ardennes specialist, he might be given the nod to go for it. If we get a selective day, he is one to watch out for!

He will have been left disappointed today after his team did a lot of work, but Boasson Hagen will repay them tomorrow by taking a great win!

Thanks as always for reading and any feedback is greatly appreciated! Who do you think will win tomorrow? Will we see an early selection in the race, or will it all come down to a mass bunch gallop? Anyway,