The second of the Ardennes classics this week and we’re finally in the Ardennes! A race dominated by the famous Mur de Huy ascent and the sprint up it, the day is often won by some of the best climbers in the world.

Last year an imperious Valverde won it for the third time in a row (his 4th in total), beating Alaphilippe and Dan Martin. 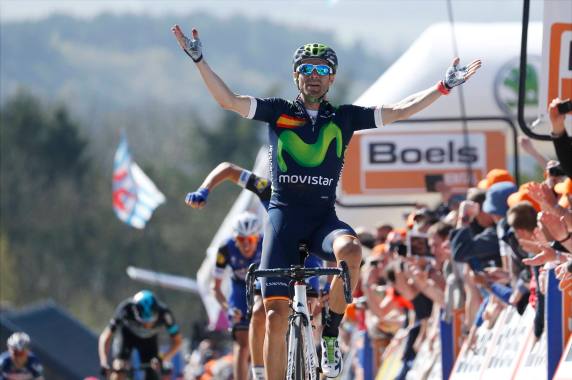 I’m not going to beat about the bush here though, this is one of my least favourite races of the year. A long afternoon waiting for one short effort up the final climb, not my idea of fun. Maybe that will change this year though after all the attacking racing we’ve had so far this Spring?

A shade over 200km, with most of the challenges packed into the latter half of the race. 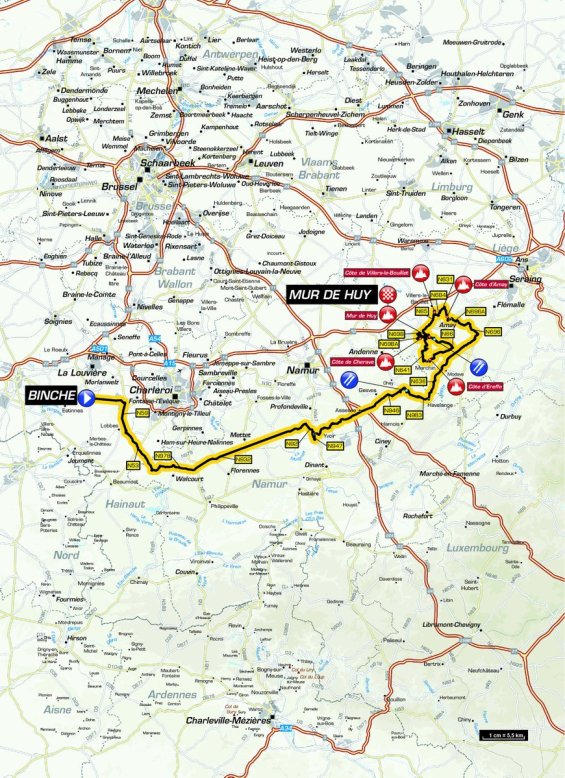 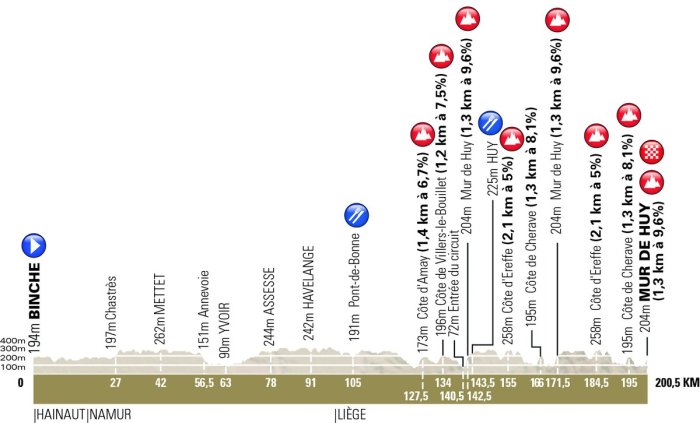 The road is up and down for the last 80km but more than likely it will be the final 30km that will settle the day.

With the second passage of the Huy, some teams might look to increase the pace and shed some domestiques of the main favourites, or even send attackers up the road.

It’s then around 12km until they hit the Côte d’Ereffe, cresting with only 15km remaining. At 2.1km in length and averaging only 5%, it’s not a hard climb, but I expect the pace to be high and a few riders might get dropped from the peloton.

Once over the peak, we have a quick descent and an unclassified rise before a gradual drop to the penultimate climb of the day.

The Côte de Cherave is an easier Mur, averaging just over 8% for 1.3km. Last year saw Izagirre, Jungels and Wellens attack on the climb and we could well see some similar moves this year. With its proximity to the finish, if the peloton behind is not co-operating then there is a chance that riders make it all the way to the Mur with a gap. However, they’ll need to have something left in the tank before tackling the famous climb.

The 9.6% average gradient is a bit deceitful because we have a kilometre that averages closer to 11%, with much shallower slopes at the bottom and right at the end of the climb.

It will be a strong rider who wins tomorrow!

It looks like a nice day out in the saddle for the riders, but it also looks to be a relatively windy day.

The above image is the forecast for a town called Maillen which is just north of the route near Yvoir (at the 63km gone mark).

It’s a similar story for the rest of the region tomorrow, with a brisk North-Easterly wind which means that it will be a head or cross-head wind for most of the day until we reach the closing circuit around Huy.

Combining the wind direction, speed and road direction then echelons are certainly a possibility but I fear there is a greater chance of it just being a block head-wind instead.

There are some exposed roads in the area though, so if the wind would turn ever so slightly, then that would be great!

I’m really hoping that the attacking racing of the Spring continues here. The route has a lot of potential, especially the closing 15km, it just requires some teams to be risky for once. Otherwise, we’ll end up with another damp squib of a race again.

The onus is really on Movistar to do most of the work as Valverde is the man to beat on this climb, going for his 5th win and considering his form, no one else will win if the bunch comes to the foot slopes together. Barring any mechanical or other incident of course.

Therefore it’s up to other teams to make the race hard and wear down Movistar as the Spanish team here is solid, but not great. Potential race winning attacks will need to come further out than 15km to go though because they should still be able to cope with them then.

In theory, no one should help them and that’s how I would certainly play it if I was a DS of a team. Yet as we know, some teams don’t seem to think that way and I fear that Sky/QuickStep will crack and help do some work.

However, if Sky sent someone like Rosa up the road on the penultimate passage of the Huy then that would set alarm bells ringing in the Movistar camp and soften them up for the last trio of climbs. Joined by some allies from other teams, then we could have a race on our hands. It would need to be a meaningful attack though because the route isn’t tough enough to cause any damage if it’s a half-hearted effort.

With all that said though, I fear it may come down to a sprint up the Mur.

Team Sky duo of Henao and Kwiatkowski should be up there. Both have finished well in the past at this race and they were strong in Amstel which will give them a lot of confidence going into tomorrow. A 1-2 punch might see them beat Valverde but Quick Step tried that last year and failed, so we could see a similar outcome again.

No Gilbert is a blow for Quick Step but they still have Dan Martin who will be in contention. He wasn’t great in Catalunya but that could turn around here, he won’t win though.

Uran has looked good this season and should be up there again. His team-mate Woods should like this type of finish but his tactical ineptness lets him down at times. I guess there aren’t many tactics to a 1.3km uphill effort!

Several other GC riders/climbers will feature in and around the top 10, such as Bardet, Pantano and Costa.

My logic still stands with Matthews for tomorrow, or at least it does in my head anyway! He seems to be going exceptionally well this year and he’s survived some steep climbs when I’ve not expected it. With the race only being 200km he should be fresh at the finish so in a 3-minute effort, why can’t he compete with the best GC riders in the World?

I’m also intrigued to see how Kudus goes. The Eritrean will benefit from the shorter race distance and I keep thinking back to how impressive he was in February on the climb to Llucena. The issue is that, that result was February and we’re now in April when riders are almost in peak condition and Kudus hasn’t shown so much recently. Nonetheless, as a proper outsider, he’s one to keep an eye on!

If we get a late attack succeed or a group of riders get away then Vakoc is my man for that situation. 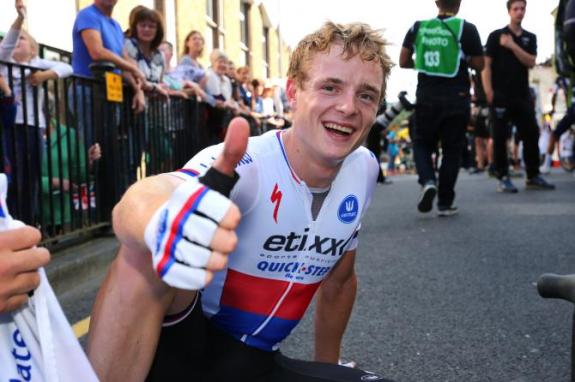 As QS’ join second best option IMO (along with Brambilla), he could be a good foil to send up the road in an attacking race. He looked incredibly strong in Brabantse, bridging the gap to Wellens and then to the leaders fairly comfortably. Peaking for this part of the season, I don’t think we’ve seen everything from him yet this week…

An exciting/attacking race? Hopefully! But…

Cycling is a sport where 180 guys ride around on their bikes for 5 hours and in the end, Valverde wins.

I fear #HaugheyWednesdays will be coming to an end tomorrow. Some really small punts for interest but they are already a hiding to nothing and almost being marked down as a loss before the start…

Thanks as always for reading and any feedback is greatly appreciated. Who do you think will win? Will it be a walk in the park for Valverde? This is the first of three previews I’ll have out today, with Women’s Fleche out next then Tour of the Alps out later, so do return for those! Although the latter may be cancelled due to the weather. Anyway,