Amstel Gold Race returns once again this year as the opener for our Ardennes classic week, with the 52nd edition of the race. The cobbled classics in the north of France and Belgium are finished with the attention now turning to the rolling hills of the Ardennes and Limburg regions. We’re in the latter on Sunday for Amstel!

Last year saw a late attack over the top of the Cauberg from Gasparotto and Valgren. They managed to just hold on to the line, with the Italian taking an emotional victory, dedicating the win to team-mate Demoitié.

Behind, it was Colbrelli who won the bunch sprint for third place.

If I’m honest, the reason I prefer the Cobbled Classics over the Ardennes is because the cobbled races are much more attacking (they’ve been even more attacking this year) whereas the likes of Amstel come down to a sprint up the final climb. However, that might change this year due to two reasons; teams seem more keen to attack from far out, and the fact the final ascent of the Cauberg has been taking out.

At 261km in length and with 35 ascents in total, it’s not for the faint-hearted!

Although they go over a lot of climbs in the first three-quarters of the route, I expect those climbs to more sap the legs than anything else and for the race to really heat up when we’re into the last 50km of the day.

The fast passage of 4 climbs in succession; Kruisberg; Eyserbosweg; Fromberg; and Keutenberg between the 220km and 235km will be a launch point for some “early” attacks in my opinion. We’ve seen this in the past with the likes of Nibali surging away at this point to put the hurt on the riders behind. Considering the way that the one-day races (aside from MSR) have gone this year so far, it is probably advised for most teams if they stay attentive and try to get at least one rider up the road at this point. Preferably it should be at least a second or third favourite in the team and one they would be relatively confident in winning the race so they have to do no effort whatsoever behind.

I say “early” as it would be early for this race considering its history but there would only be roughly 30km to the finish from that point. We’ve had winning moves go from further out this Spring so far!

The almost 10km of flat between the Keutenberg and the Cauberg will be important in the race. Good co-operation ahead could see that group build a large gap if a lot of the favourites teams are represented and there is an unwillingness to chase behind. Likewise, the opposite scenario has an equal chance of playing out.

The Cauberg still could play a significant part in the race as it could be another launchpad for attacks. Once over the top, there’s only about 18km left in the race and not long until the penultimate climb; the Geulhemmerberg.

Not an overly difficult climb, it does have some steepish ramps but it’s position at the end of the race is the main challenge. We then end with the Bemelerberg.

Again it’s not an overly difficult climb, but depending on the racing before hand, we could see some small gaps here. There are then roughly 5km or so of flat before the sprint to the line, or will it…

I expect an attacking race, although that might be wishful thinking more than anything else.

With the change of finish, the puncheurs can’t sit and wait because if they do, it’s game over as the “sprinters” we have here should be able to cope with the last two climbs easily.

Therefore, I expect attacks to come on the section of 4 climbs I highlighted above (at around 40km left), but I would not be surprised to see something relatively dangerous go even earlier than that.

It all then depends on who and what teams have made the split. As we saw in Brabantse on Wednesday, Direct Energie were very keen to chase to help Coquard but Sunweb were very disappointing in support of Matthews. The latter have a much stronger team here in support of the Aussie but they aren’t the type of riders you would rely on to chase down attacks all day.

The race is delicately poised between being a great afternoon of attacking cycling, or a snoozefest that’s controlled for a reduced bunch sprint. But if there is one race this week that has a chance of being won by what I would call a proper outsider, it is Amstel.

There are obvious candidates for the win such as sprinters Matthews/Coquard/Colbrelli and Ardenne’s specialists like Gilbert/Valverde/Kwiatkowski, but as I think there is a chance we might get a relative shock of a winner and I’m nearly at 900 words already, I’m going to just name a shortlist of riders to keep an eye on in varying circumstances. So apologies if you were wanting an exhaustive list! 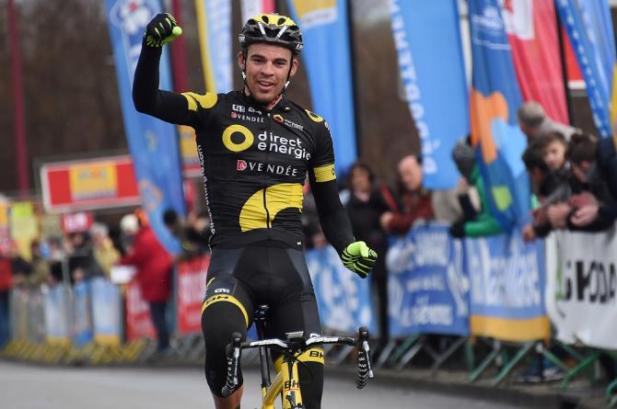 Aside from Van Avermaet, the Frenchman is arguably the form rider of the year; picking up 6 wins so far this season if you include his three GC wins. Most of his successes have come on rolling terrain and Amstel is the perfect platform for him to continue his outstanding season. Admittedly, this is a step up compared to the races he has been winning, but with a GT stage win already to his name, he must be confident! For him to win, he’ll need to be one of the riders involved in a far out attack and with a lot of teams represented, they stay away. He’s got an OK sprint compared to some other climbers, but more than likely he’ll have to come to the line solo. Allez Lilian!

The Aussie had a great start to the year, finishing a very impressive 4th in the Tour Down Under and coming home 10th on the Green Mountain stage in Oman. Since then he’s struggled with allergies, particularly in Catalunya where he had to withdraw but his return to racing in Brabantse was promising. In fact, he looked good and was attentive at the front of the peloton in the final lap. The race on Wednesday will hopefully have opened the legs up and he’ll be an even greater fighting force come Sunday. I’m sure he’ll just be hoping for a bit more luck… 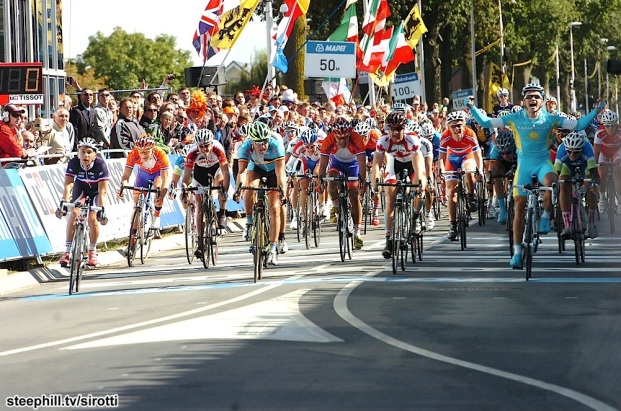 The Astana rider won the U23 World’s on this course back in 2012 after catching everyone by surprise and opening up his sprint early. Funnily enough though, it’s the change of course this year that gives him another chance of victory. The removal of the Cauberg helps the Kazakh as the professional peloton ride the climb more aggressively in Amstel than they did in that U23 2012 Worlds. With a solid sprint he has a chance of being up there in a reduced bunch gallop, but it’s his attacking nature that gives him the best chance of taking victory; whether that be from a breakaway or making a move in the final 3km as everyone hesitates behind. With his third in Dwars this season he’s highlighted his abilities as a rider and that big win is just around the corner for him I think. 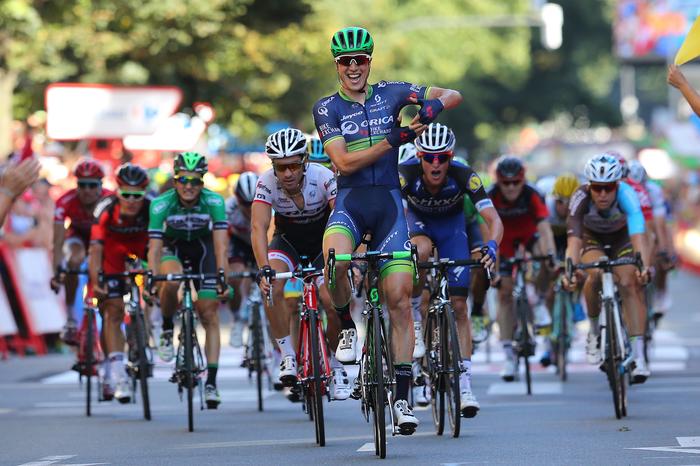 A talented rider for a while who seemed to be hampered by bad luck or just underperformed when called upon. However, that changed in the second half of last season when he first of all won a stage in Slovenia but then followed it up with a very impressive sprint victory in the Vuelta. This year he’s been a bit off again so far, but it looked as if he was back to his best in when second in Gent Wevelgem. This change of course in theory should suit him and it will be interesting to see what role he takes in the Orica team along with Albasini/Gerrans/Impey. Definitely not a favourite, but he has a slim outside chance!

I’m still torn between this race being great or extremely dull. Obviously I hope if it’s the former! The route change really throws a cat amongst the pigeons in terms of predictions and you’ll struggle to find anyone predicting the race with confidence.

Nonetheless, I’ll go for an exciting race and a win for a rider who’s been chasing that big win for a while, and his first part of the season has been aimed at this event. Nathan Haas to win! 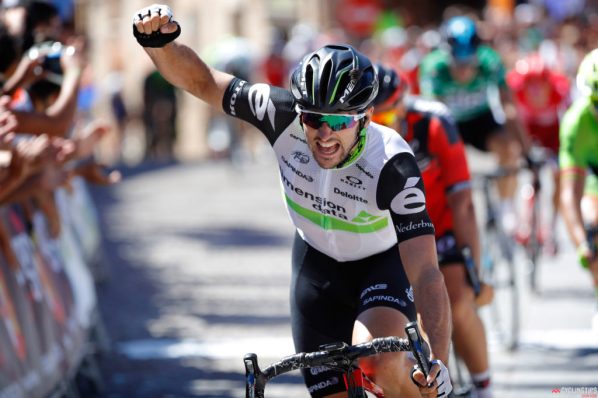 Definitely not a race to get heavily involved with;

I tweeted out the Calmejane and Lutsenko picks midweek but they’ve since shortened.

Thanks for reading and always any feedback is greatly appreciated. Who do you think will win? Will it be an open race or a dull one where everything stays together until the end? I’ll have my women’s Amstel preview out tomorrow so return for that! Anyway,

mytwospokesworth Final year student at the University of Stirling studying Marketing and Sports, with a passion for professional cycling.
Published April 14, 2017