Dan Martin fulfilled his favourite status with a very impressive win on the slopes of Fóia.

Primoz Roglic did well to follow the Irishman and nearly pipped him on the line. It was also nice to see Kwiatkowski back to some kind of form with a third place.

Tomorrow’s stage will also go a long way to shape the GC. Let’s take a look…

The start of the course is more technical than the rest, as the riders will have to negotiate several roundabouts in and around the centre of Sagres itself. 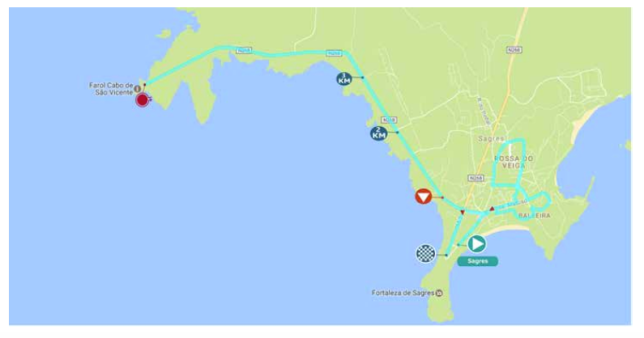 The final 2/3rds of the course are on a more traditional “out and back” route, running along the coast line. With the road being mainly straight and few sharp turns, this section is where the powerful riders can make up a lot of time.

Will the wind play any part?

From the early weather forecast it doesn’t look like it, but that can easily change over night.

Tony Martin will start as the clear favourite and that’s only fair considering he is the current World Champion. The Panzerwagen has started this season off much better than his 2016 campaign; it took him 67 race days (not including TTTs or nationals) to take his first win then, it only took one this year! Clearly he is on some decent form but he does seem to go missing at times in comparison to his old self and has his improved climbing hindered his TT? Nonetheless, he is the guy everyone will be gunning for! 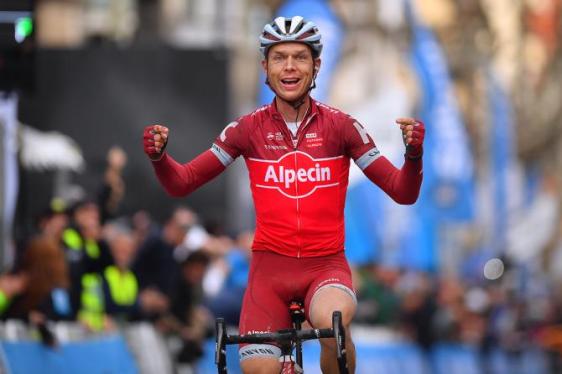 He won’t have it all his on way though and there are several riders who might challenge here.

The current European Champion, Castroviejo, had a very consistent and solid 2016, picking up a 4th at the Olympics and 3rd at the Worlds. He wasn’t overly spectacular here last year, only managing 6th place. His form this year looks better though, and he finished in the top 20 on the tough climbing stage to Llucena in Valenciana and was in the top 10 today. Certainly not someone to discount.

Luis Leon Sanchez was going well until he crashed in this very TT last year. Not as good as he used to be in this discipline, on his day he can still certainly put in a shift. He’ll be hoping to top 5 and take some time on his GC rivals but he wasn’t as good today as I was expecting. Will be tough for him to win.

Roglic will fancy his chances tomorrow after today’s performance. The completely flat TT might not suit him perfectly, but that didn’t exactly stop him at the Giro last year. Brimming with confidence at the moment he has a big chance of getting one step higher on the podium than he did today.

I, like I imagine most people, was very pleased to see Kwiatkowski back up there and fighting today. Tomorrow’s TT is somewhere that if back to his best he could perform very well and is capable of winning. I don’t think he’s firing on all cylinders just yet, but he certainly is a dark horse for a podium placing. 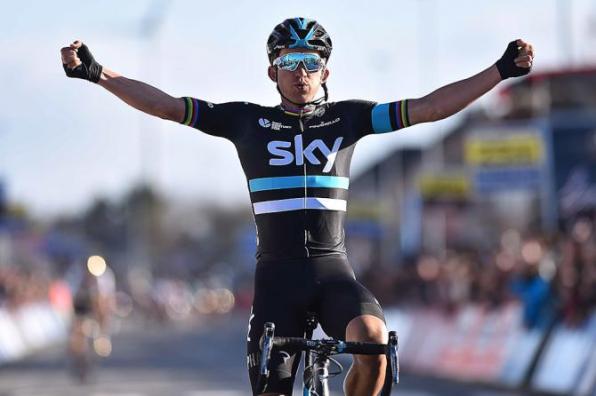 Some time-trial specialists who aren’t GC contenders also have a very good chance to take the stage win.

Alex Dowsett was on the attack, testing his legs in Dubai earlier in the month. He looked quietly good there out in the break and will love this type of stage. Seventh here last year, I think he looks better just now than then. Going out early, he might be in the hot-seat for a while!

His team-mate, Nelson Oliveira, finished just ahead of him on that day last year. The Portuguese rider will relish riding in front of a home crowd and this flat power course well suit him. He’s a proper brute of a rider when in the right mood. Will he turn up?

Cannondale duo Phinney and Mullen might also stretch their legs. The latter was particularly impressive at the Worlds last year and this type of out and back course is ideal for him.

I’m intrigued to see how Moser goes. He finished 3rd at the Euro TT Championships last year, beating the likes of Oliveira and Roglic. With only 3 race days in the legs so far, it might be too early for him but a top 10 would be a good result from him.

Roglic looked sensational today, he crushes the TT on his current form. 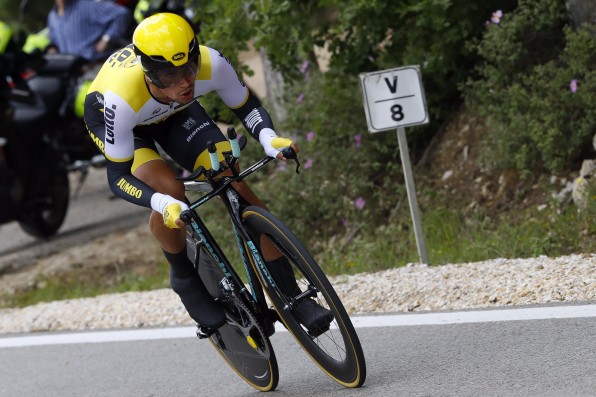 Two Movistar riders to round out the podium; Oliveira and Castroviejo. Tony Martin to disappoint!

Unfortunately, it’s unlikely we’ll get any odds. Spanish bookmaker Kirol seem to be the only firm consistently pricing up the race.

Thanks again for reading and as usual any feedback is greatly appreciated. Who do you think will win the stage? Am I being too bold by discounting Martin? Andalucia preview will be out later this evening. Anyway,