What a sprint from Gaviria, the boy is fast! (Not that we didn’t know that already!) 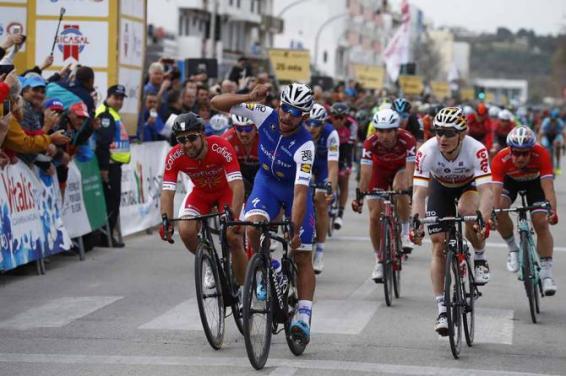 He managed to hold off Bouhanni and Greipel with the German being his main challenger. Greipel got close to him but never looked as if he had the speed and power to get round the Colombian, who now moves into the leader’s jersey. Unfortunately for him, there’s no chance he’ll be able to hold onto it tomorrow as we head uphill. Let’s take a look at what’s in store for the riders.

A stage that is all about the closing 20km. 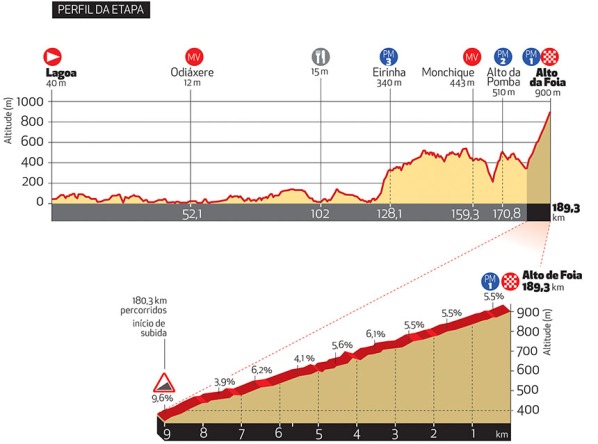 At 3.7km in length and averaging a tad over 8%, the Alto da Pomba will weaken the legs and probably see the sprinters unhitch from the peloton. From there, we have some valley roads before the summit finish.

Fóia isn’t an overly challenging climb. Going off what I can see on Strava (not on the profile above), it is 7.7km long averaging 5.9%. There are some ramps above 10% but conversely we get a couple of false flats and shallow descents. In fact, the toughest section is probably the final 200m where it averages close to 9%.

Last year saw the top 21 coming home in under 25 seconds behind the winner on that day: Luis Leon Sanchez. With the likes of Stybar and Tony Martin being in that front selection you get the idea of who can make it to the top at the head of the race.

With there being bonus seconds on offer, there will be no chance for the break tomorrow and it will be over to the climbers and strongmen to fight it out.

Guess we better start with last year’s winner; Luis Leon Sanchez. The Spaniard already has some racing in his legs this season already, finishing a solid 16th on GC at the Tour Down Under. Before his great win last year however, he did have even more racing than he has this time, taking part in Valenciana. He could well go on to repeat the victory tomorrow but I don’t fancy his chances as much this time round! Astana have a handful of options (Scarponi, Moser and Bilbao) and I imagine it will be down to form as to who gets leadership. 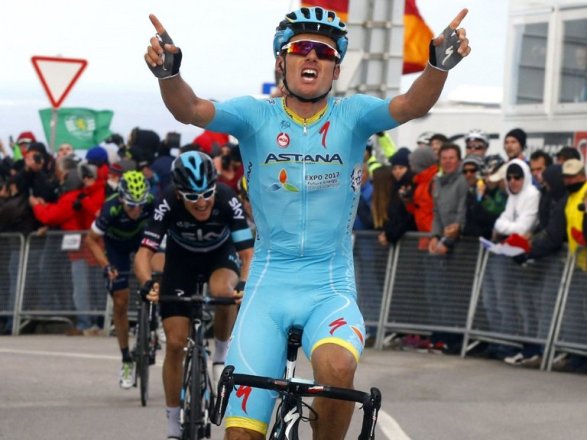 I do think that the rider who came third that day has a good chance though. Primoz Roglic was very impressive in Valenciana after a poor first day, managing a 3rd and 5th place on the two tougher stages. He can climb well and in seemingly better form than he was last year, he has to start as one of the favourites for the win tomorrow.

Dan Martin has to do something on this stage if he wants to have any chance of overall glory. He certainly won’t get dropped on the climb and his punchy finish should be of an advantage to him. However, his favourite status may see him have to follow a lot of attacks which could tire him out. Nonetheless he probably is the favourite on paper!

Lotto have their two-pronged attack in the shape of Benoot and Gallopin. They both finished around 15 seconds back on Sanchez last year but seem to be climbing better this year in comparison. If we get a sprint from 5 riders or so then they’ll be tough to get rid of!

The rest of the GC guys I mentioned will be there or thereabouts too, i.e. the likes of Tony Martin, Kwiatkowski, Guerreiro and Spilak.

As I’ve mentioned in the route analysis above, the final climb isn’t overly difficult and there is a chance a strong rider will hold on.

Edvald Boasson Hagen had a cracking start to the season last year; winning a stage in Qatar (should have been the overall too if it were not for a mechanical) and two stages in Oman, plus a 10th place on the Green Mountain. The climb is possibly on his limits but the less severe gradient will be great news for him. With Cav seemingly working for him today on the sprint stage, I think the team must have a lot of confidence in where is form is just now. Certainly a dark horse!

Carlos Barbero may not be a household name yet but the 25-year old Movistar certainly has some talent. With a lot of racing in his legs already this season he should be coping well with the pace in the peloton. He’s a bit of an unusual rider to place as he can climb quite well, winning the tough Philly Classic for example, but he also has a decent turn of speed – Very much a poor man’s Valverde. If he turns out to be half as good as El Bala, then he should have a good career at Movistar. This climb tomorrow, like Boasson Hagen, will be on his limits but from a small 5-10 man sprint he has a chance! 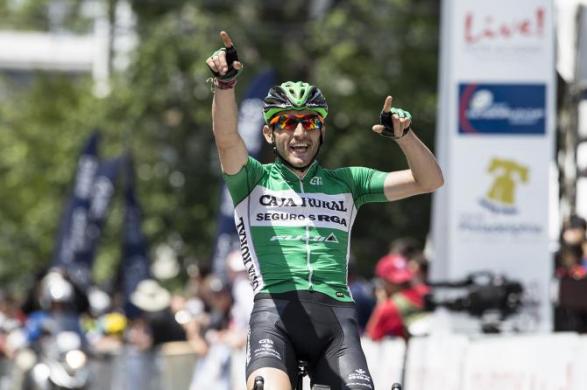 Regular readers of the blog during the Vuelta will know of a certain Portuguese rider who I have a slight soft spot; Jose Goncalves. He may be here as a support rider for Tony Martin but this type of finish looks perfect for him and I would love to see him get given the opportunity to play his own cards in the finale.

I can’t see the top 20 being split by more than 30 seconds and it could come down to a small sprint to the line from some of the better climbers. I’ll go with a man who’s in form and will enjoy the shallower gradients… 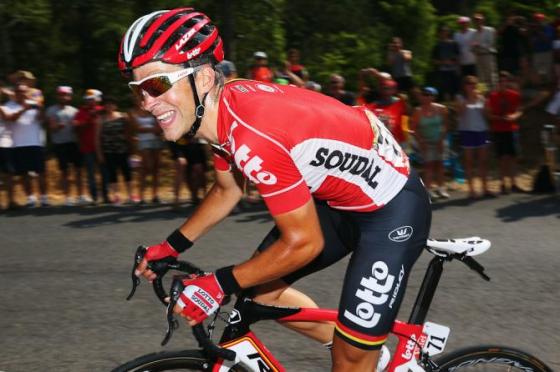 Skybet priced up today’s stage this morning, so it might be the same case with them tomorrow morning. Keep an eye out though!

Thanks for reading as usual, any feedback is greatly appreciated! Who do you think will win? Fancy an outsider? I should have my Andalucia preview out by 9pm GMT at the latest. See you all then! Anyway,