Not as an exciting day that I was hoping for and we ended up with a fairly drab sprint stage. Ewan once again proved that he is the man to beat here, comfortably winning over Sagan and Bonifazio. 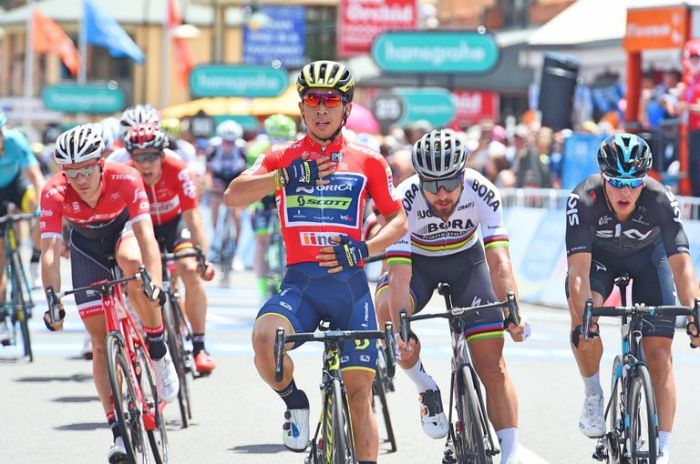 From a betting perspective it was also a poor day but to give Sagan his due; he was nearly taken out in the crash so to get up for 2nd was a good result. Just not good enough for us!

Will we get a sprint again today? Let’s have a look!

Strava profile of the stage 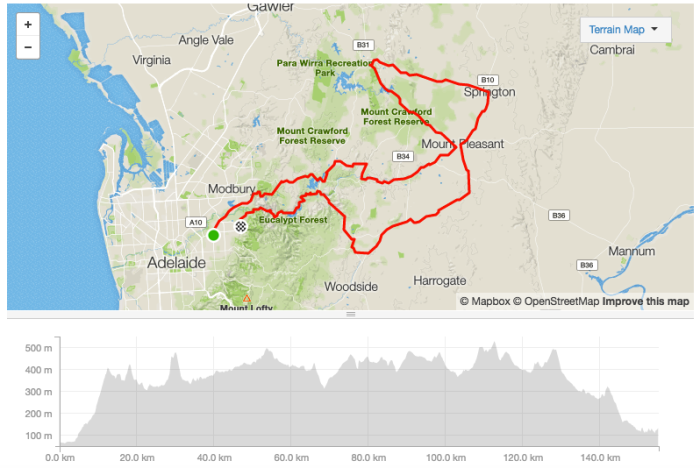 An up and down kind of day again with the riders pretty much climbing from kilometre zero. The pace will be on from the start as I can imagine several riders will hope to get into the breakaway.

There are some short steep climbs out on the course but again these shouldn’t be too much of an issue for the pros. The majority of the final 30km is downhill aside from two kickers; 4.7km at 2.3% (including a short descent) and 2.3km at 2.2%. So once again, nothing for these guys!

Strava profile for the last 10km

However, the end of the stage could throw up a few surprises particularly in the last 3kms. Around 3km to go we have a few sections of 7% gradients which will slow the approach down. The little kicker at 1km to go is 300m at 5.3%, followed by a false flat then a 600m drag of 2.5% to the line.

Timing of the sprint will be very important here as you don’t want to burn out before the end.

I really like the end of this stage as both the puncheurs and sprinters will be convinced that they can do something here.

This was the stage in my GC preview that I highlighted as a potential breakaway day and I’m sticking to my guns. The reason for this is that we already have fairly decent time gaps and with Willunga looming tomorrow the GC contenders won’t want to go too deep themselves, conserving some energy for that stage.

As for the sprinters, we’ve seen how dominant Ewan is at the moment so I don’t think many teams will fancy their chances chasing down the break if he’s going to be there at the end. On his current form, he should be able to manage the ramps at the end and the closing hill looks particularly like the Vuelta stage he won in 2015.

Therefore I think we’ll see an intense fight for the break in the morning and BMC will be happy to just control the gap to maintain Porte’s GC lead and the majority of the chase work will be left to Orica.

(Or at least that’s how I’d play it if I was a DS of the other sprint and GC teams).

I’ll be keeping this short and sweet because as you know by now it is a complete lottery!

I highlighted him on stage 2 but instead of getting his own chance he did a lot of good work for Haas. The same can be said for yesterday as he was on bottle carrying duty and rolled home 2’13 down. In an interview their DS said they were taking it easy and conserving energy for the days to come. Has Morton been given the nod to go on the attack on this stage? He certainly has the form and climbing legs to do something if he makes the move!

If the break is to succeed it will need Orica representation and that leaves Durbridge and Howson as the two options. Howson has been doing a lot of the work on the front so may be let off the leash. However, I think he’ll be wanting dual leadership at the Herald Sun Tour so is earning brownie points here! Therefore, Durbridge will be their man. He was the strongest at the Road Nats and has been riding well here. A real danger-man if he makes it!

One of the Lotto Soudal breakaway experts was up the road yesterday and I think they’ll be up there again today. Hansen stretched his legs on stage one and this type of parcours looks good for him as a strong all round rider. On home roads, he has a chance.

Obviously there are lots of other candidates who are far enough down on GC but it’s fairly redundant me naming them all I think!

Or we get some kind of sprint and Ewan wins again…

Not a stage to get heavily involved with and in-play looks like a good option but I’m backing my 3 break candidates pre-race;

Again, look out for better prices as more bookmakers release odds later on.

Thanks again for reading! Apologies for this being slightly shorter than normal but I’m a bit more pressed for time and there’s not as much to say. As usual any feedback is greatly appreciated. See you all on Twitter later tonight! Anyway,