A well-timed attack from Frank and a solid pace up the final climb saw him solo away to victory. Konig and Gesink followed 6 and 11 seconds behind respectively, leaving their move on the climb too late. Not to take anything away from Frank, he definitely deserved a win this Vuelta! 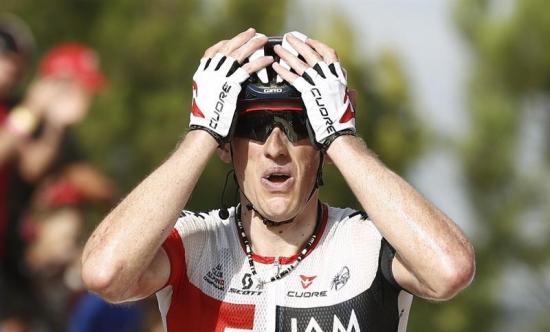 Behind, the top 4 on GC all rolled in together but there were some time gaps further down the order. Samuel Sanchez performed the worst (losing a minute to his rivals) and has dropped once place, swapping with Talansky. Further down, De La Cruz and Scarponi traded their 9th and 10th on GC. With Dani Moreno now lurking only 11 seconds behind the young Spaniard.

Let’s move on to tomorrow’s stage.

Another rolling day, that at the Vuelta is probably classified as a sprint stage.

There isn’t really much to talk about the route. There’s not a lot of flat within the first half of the stage and only in the second half do the riders find favourable terrain, where they descend to the finish with only a few small rises.

The run in itself will be fast but does have a few technical aspects.

The pace will be knocked off in the closing kilometre as they have to take the first, sharp exit at a roundabout. However, the final 600m is dead straight so no difficulties should occur here!

The real question for tomorrow’s stage is if we’ll see a sprint or not. At 200km long and with a lot of lumpy terrain, it will be tough for those who want a sprint to control the stage. A few teams have looked keen so far, namely Giant, Etixx and Trek, to chase the breaks down.

There is the possibility though that a small break gets away in the morning, with only a few teams represented and we do get a sprint, after the gap is easily controlled by a few of the teams.

However, with a few more tough days to come and knowing that they’re guaranteed a sprint in Madrid, there is a chance that they may not put all their eggs in the sprint basket. For these teams, they could decide to try to send a rider in the morning break so that they don’t have to work behind. Of course, that is easier said than done!

There are only 4 more stages left in the race. Only a handful of riders can win the TT, the penultimate stage is for a climber and the final stage in Madrid is sure to end in a bunch sprint. Consequently, tomorrow is the last day for the rouleurs to make their mark on the race, and I expect them to take it.

I go for a break that wins it!

(As long as at least 2/3 of Trek, Giant and Etixx are represented)

Like normal, we’re left sifting our way through the peloton trying to find that elusive break winner! I’ll be naming 5 this time as it’s even more of a lottery and the preview is on the thin side.

The America rider is a late-comer to the European peloton, only joining Trek this year at the age of 29. He may be used as the teams ploy to infiltrate the break so they get away without having to chase behind. Felline himself would be a great candidate but everyone else would make him chase the moves in the finale, whereas Reijnen isn’t as marked. A solid all-rounder with a fast kick, he would have every chance! 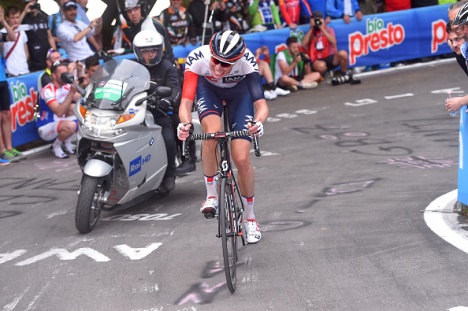 He was in the successful break that made it all the way on stage 13 and managed 5th on that stage. The finale to this stage is better suited to his capabilities and with a strong TT, he could ride away from the rest of his opponents.

Another rider who was in a breakaway earlier this race (stage 10) he could go well on this course. The talented young Frenchman seemed to be in every break in his build-up races for the Vuelta. Unlike stage 10 where he struggled on the final climb, this flatter end to the stage will be much more appealing to him!

He seems to be getting back to better form now and was on the attack on stage 13. Similar to Reijnen, he could be used as a ploy by Etixx so that they don’t have to chase behind. If he gets into the move, I don’t expect him to mess it up like he did earlier in the race. 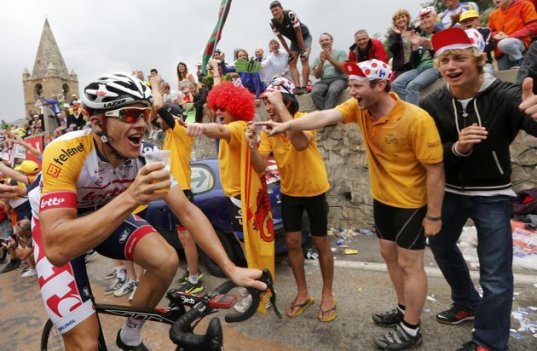 It wouldn’t be the Vuelta without seeing him off the front at some point. This type of stage looks like it would be perfect for Hansen, as there is a reasonable amount of climbing but nothing serious. The only concern will be that he’s heavily covered in a breakaway situation so it will be tough. If anyone can time his move correctly though, it will be him!

As I said above, I give the break the edge on this stage only if a few of the “danger” sprint teams have a man up the road. I’d say it’s a 70:30 chance.

If it does stick, I think Yves Lampaert will go better than he did on stage 13 and take the win here! 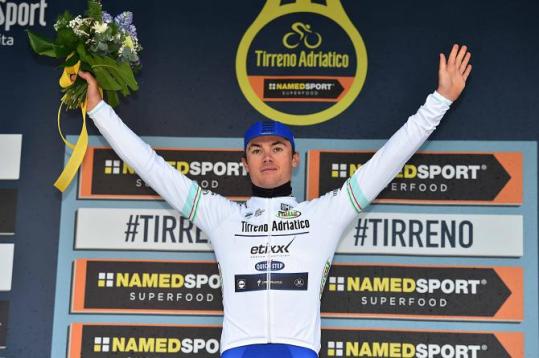 All straight up WIN:

Thanks again for reading! Do you think we’ll see a bunch sprint or will the break hold on? As usual, any feedback would be much appreciated!