It was Drucker who ended up winning an ultimately messy sprint on stage 16, after catching Bennati within the final 200m. I didn’t manage to watch the stage, but it sounded quite dull until the finish anyway!

As for the GC, Quintana, barring any incident or massive implosion, looks to have the race sealed up. The battle for the podium looks to be exciting with Contador only 5 seconds behind Chaves. In fact, we’ll definitely see some movement in and around the top 10 in this final week.

I’m hoping for some more exciting, no holds barred style racing in the coming stages. Maybe it won’t be as wild as it was on Stage 15 but I can’t see it being a defensive race (well, apart from Quintana), as everyone gives their all in the final week of the last Grand Tour of the year. Squeezing everything out the tank!

Anyway, let’s have a look what’s in store for us after this rest day.

Another classic Vuelta stage: a lot of climbing with a summit finish. At least the organisers have been kind and categorised most of the climbs for once!

The most important climbs of this stage are the two that bookend it. The Alto del Desierto de las Palmas is 7.1km long at an average of 5.4% with maximum ramps of 12%, according  to VeloViewer (see profile here). This climb is significant as this is most likely where the break of the day will be formed, or at least the riders will hope it is!

We then get two categorised climbs in the middle of the stage, but these shouldn’t change the outcome of the day. Unless of course some GC guys want to go wild early again!

This stage is therefore all about the final climb and the lead in to it. I did say things would be back to normal today, so in tradition I’ve created a Strava profile of the final 15km that you can view here.

4%. This will certainly warm the legs up before the final ascent of the Alto Mas de la Costa. It’s another climb that typifies the Vuelta: short but bloody steep!

3.8km at 12.5% will certainly find anyone out who’s not recovered well after the rest-day, or happens just to be misfiring. Thus, some reasonable gaps can be made on a climb like this. Look back at La Camperona (Stage 8) for example, a stage with a similar final climb. That day saw a minute separating the first 10 GC riders home.

The tougher part of the climb is in the second half as well. Therefore it’s crucial for riders in contention that they don’t go out too hard and then blow up just before the top!

Looking back at those who went well on Stage 3 and 8 could give a good idea at the riders who might be in the mix here.

Like normal, we’re left with the age-old question of break or no break?

The day after the previous rest-day (Stage 11) saw a GC battle and a Froome stage win. However, that stage had a lot less climbing involved and was a lot easier to control for the GC teams. Saying that, as we saw on stage 15, they could go full gas from quite far out, but I think that situation is quite unlikely.

Therefore, I think we’re once again left with a break winning the stage and a GC battle behind.

There are a lot of “obvious” break choices for this stage such as the two K’s at Sky (Konig & Kennaugh), Fraile, Elissonde and Brambilla. But as a guy with a penchant of choosing outsiders, I’ll be sticking to type here and naming some longer shots for the stage. Four this time round though! 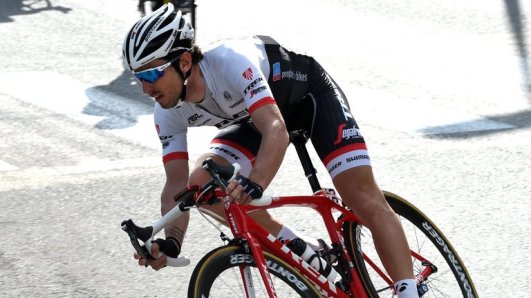 The Italian has been climbing very well this Vuelta so far, finishing 3rd on stage 15. It’s most certainly something he’s improved on this year and looks to be getting stronger as the race goes on. He performed solidly, not outstanding, on stages 3 & 8 but I think he’ll go better tomorrow. Utilising his punchy nature, he’ll hope to put the hurt on his opponents on the steep ramps!

He came into this Vuelta as the main GC hope for Lotto Soudal but unfortunately crashed heavily on stage 6. This was particularly disappointing for him after a good show of form early in the race with a 12th place on Stage 3. Since then he’s been recuperating and was a feature in the break on the stage to Aubisque. He didn’t have the legs that day, but seems upbeat and that his form is returning. If he is back to his best then he will certainly be a danger man. 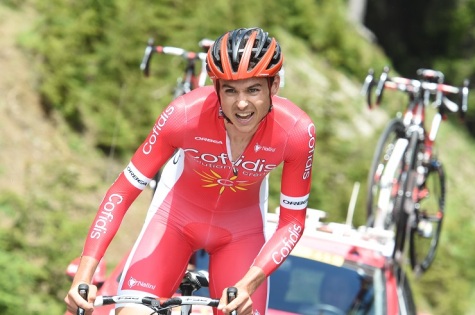 Another rider who had a great stage 3 (finishing 11th), he went a bit off the boil mid-Vuelta and lost some time on GC. However, a 16th place on the stage to Aubisque shows that the form is still there. A very consistent rider who doesn’t seem to get on the top step of the podium that often. Can he add to his one pro win here?

Second on the reduced bunch gallop in Bilbao was certainly a surprise! A rider who’s done a lot of work for his team-mates this race so far, he normally finds himself in a breakaway at some point during a Grand Tour. He’s not been in one yet and as a very solid all-rounder, he should be able to make the move if he’s given the all clear. The final climb will be on his limit but he did finish 26th (taking away the 12 break places) on a tough finish on stage 8 so the form is there.

I say it’s a 70% chance that the break makes it tomorrow. With the stage being tough to control and set up for a GC rider, I think teams will instead use their resources by getting riders into the break of the day.

I’ll go for a guy who had a promising build up to the race and seems to be re-finding his feet. Bart de Clerq to win! 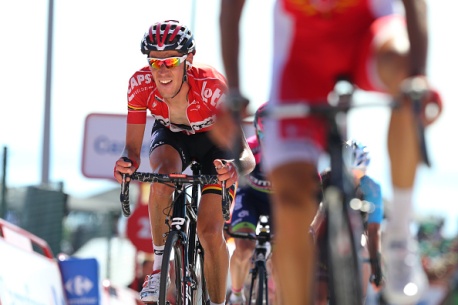 Small stakes on each of the break hopes:

Thanks for reading! How do you think tomorrow’s stage will go? As usual, any feedback is greatly appreciated. Anyway,