Phew, that was full gas from the start! The break only managed to get away on the first categorised climb of the day. However, with the likes of Kennaugh in it, Movistar were never going to be keen to let it go. Attacks flew on the second passage of the Vivero, with Devenyns getting a reasonable gap. That move was eventually brought back and we got a reduced bunch sprint. Much to everyone’s surprise (especially Kirby who called it as Rojas from Movistar) Jens Keukeleire from Orica came out on top, producing a great sprint! 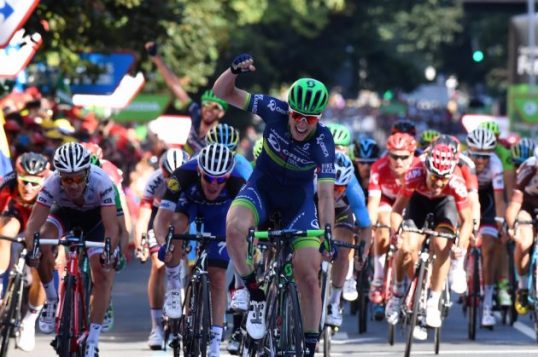 There are 4 Cat-3 climbs so it doesn’t sound too tough on paper, but don’t let that deceive you: there is over 3500m of climbing during the stage. Combine that with it being the longest stage of the whole Vuelta (at 213.4km), it’s a very difficult day!

The Cat-3 climbs shouldn’t be overly difficult for either the break, or the peloton. However, the final one (Puerto de Lizaieta)  will possibly be influential in the outcome of the stage. 7.2km long, at an average gradient of 4.8% won’t leave the riders quaking in their boots but after the past few days and with the climbing already covered in the stage it could cause a few splits in the break.

More than likely though (Ruben Plaza isn’t here), the stage will be won in the final 40km… 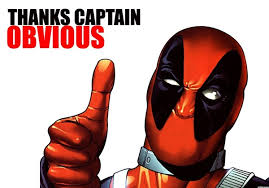 As with previous stages where nothing is clear on the official stage profile, I’ve created a Strava profile of those final 40km. Or at least I think I have, the road book author seems to have been putting in a lot less effort for these stages, it’s harder to figure out where the stage actually goes…

Anyway, you can view that here.

The final 40km is a microcosm of the entire stage, up and down all the time!

The climb that comes at around 22.5km mark is 2km long and averages 5.6%. With its position in the race, someone could try to launch a move from here. If not, then it will come down to the final climb/descent of the day (which the riders tackle twice), that I’m naming the Zugarramurdi climb.

Averaging only 3.75% for the 4km, it sounds pretty easy on paper. However, that includes a false flat section, before it kicks up again. The first km actually averages 10%, which is the perfect place for a stinging attack.

If someone crests the summit alone, they should be able to solo to victory as the descent will be fast and runs almost all the way to the finish line. There’s only around 600m of flat from the bottom to the line itself.

I can’t see anything past a breakaway tomorrow. I know I’ve said that the past few days, but it is too much work for any of the teams to hold it together, especially considering the monster stage that we have the following day.

So once again I’ll be naming a few candidates for the escape. Some proper longshots here! 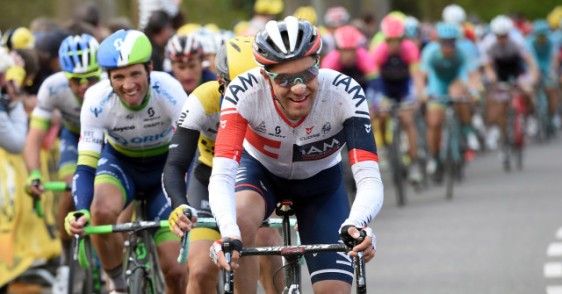 You know my thoughts on him by now. A solid all-rounder in search of a contract. He should be able to deal with the climbs and his been trying to get into the breaks daily. A solid rouleur, he could use his strength on the flat to get away.

As you probably know by now, I’m a big fan of big T. Ludvigsson is climbing better than ever this Vuelta, finishing relatively high up on some of the tough summit finishes. As I’ve alluded to in previews earlier in the race, he is a rider in the same ilk as Tom Dumoulin and seems to be transforming in to more of an all-rounder. He seemed disappointed to have had a mechanical today. He could use his TT engine to his advantage and escape from the break and solo to the finish line. Easier said than done! 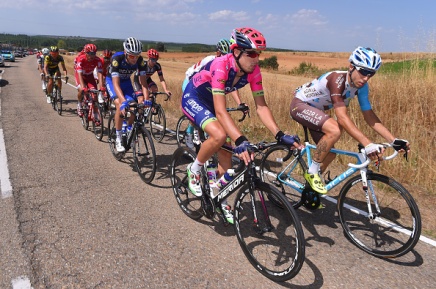 A very promising junior, Cattaneo has failed to take home a win in the pro-ranks. However, he was very active in the break earlier on in the race, finishing 4th on Stage 8. It looks like he’s slowly starting to find his form/feet again, and tomorrow’s stage looks to suit him more than a proper summit finish. The other riders in the break would be wrong to give him too much room in the finale!

I’ll go for the main man himself, Big Tobias Ludvigsson to take home the stage. As I said above, he seems to be in great form at the moment and is climbing better than ever. Tomorrow’s rolling (not proper Alpine mountains) day should suit him well. 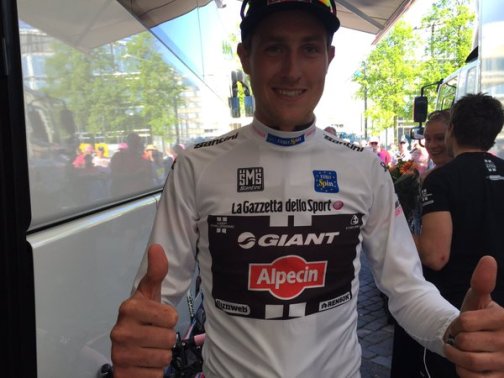 Apologies for this being more abrupt than normal, I’m away most of tomorrow so having to write both previews this evening. Keeping things short and sweet!

Small stakes on each of the three mentioned;

Like normal, hunt around when other bookies price up (copy B365 😉 )

Thanks for reading, any feedback is greatly appreciated! Anyway,