For once the break didn’t make it and we got back-to-back GC stage winners. This time round it was Froome who pipped Quintana in a sprint to the line. The Brit always goes well after a rest-day as I highlighted in yesterday’s preview!

The gaps were not big to the rest of the GC contenders but if it wasn’t a two-horse race before today, it definitely is now, and boy do we have a race on our hands!

GC action should be put on pause tomorrow and we’re set for a really interesting stage.

An up and down day with a flat finish.

An un-categorised climb to start the day will be a bit of rude awakening for some. If it’s anything like today’s stage then the break may not go until the Cat-1 climb. 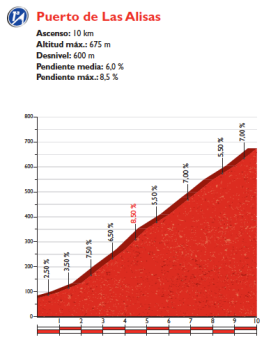 Not the toughest cat-1 climb, it probably is given that categorisation due to it’s length. The average gradient of 6% should be manageable for the riders, unless of course the pace is still on and the break hasn’t formed. If it does form here, it will be awfully strong.

The stage though is defined by the double ascension of the Cat-2; Alto El Vivero.

The road book is back to it’s best today, with no graphic for the final climb. The directions and diagrams are also a bit vague, but I’m sure I have the right approach…

After a few days off, the Strava profile makes a return. View it here.

The final climb itself is 4.2km long at 8.4% average gradient. Like a lot of the climbs in this area, it is very irregular. The toughest section comes almost right at the start, with a kilometre (0.3 -> 1.3km) averaging 11.8%. There are a couple of false flats along the way for the riders to recompose themselves and push hard again.

The same finale was used in the opening stage of the Vuelta al Pais Vasco in 2015:

How will tomorrow’s stage pan out?

The stage itself is a nightmare to predict, with a few options that are very feasible.

We could well see the morning break stick and fight out for stage glory as there is a reasonable amount of climbing and the sprint teams won’t be confident of their riders making it over. Saying that, it’s not impossible for a team to control the race and go for a sprint (as we saw in 2015). Felline, Sbaragli, Van der Sande, Valverde & Gilbert will all probably fancy their chances in that situation. However, it is a lot more difficult to control the finale of a grand tour and if the break is brought back, we could well see a late attack stick.

The sprinters above that I’ve mentioned are the only ones I can really see make it over the final climb. Out of them, I’d probably say that Felline has the fastest flat sprint after a tough day, so he should be the guy to look out for in that situation.

As for late attackers, Luis Leon Sanchez would be the perfect candidate. He looks incredibly strong just now and has the TT engine to hold off the bunch. So could Tobias Ludvigsson who’s climbing better than ever and should make it over the climb if we’re getting set for a reduced sprint.

There’s a template of rider who I’m going with here. Someone who can climb, but also packs a decent sprint! 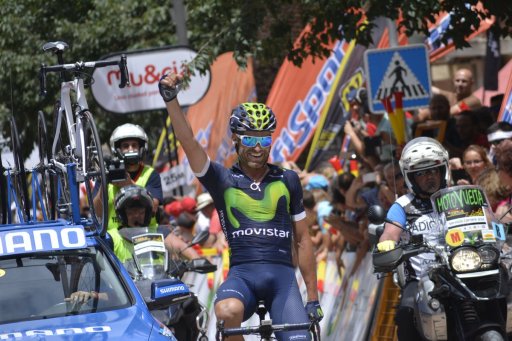 The Movistar road captain may be told to get in the breakaway to defend their lead in the Team classification. Sky (who looked strong today) and Cannondale (who will have at least two men in the move) are both less than 10 minutes behind. The Spanish team do love to win that competition, so will start defending it soon. It could start tomorrow. Rojas has turned himself in to a jack of all trades and should be able to cope with the final climb. He has a good turn of speed and would probably be the favourite if a small group of escapees came to the line together.

The Caja rider, like a lot of them, is local to the area. He’s been a bit lost in this race so far, having a few crashes etc. However, he does seem to be slowly re-finding himself and building some form. A guy who on his day can climb with the best, he really should have won the GC in Turkey this year but had to withdraw due to illness. This type of profile suits him very well.

I’ve already highlighted him for a stage earlier in this Vuelta but he didn’t make the move that day. The climb will be on his limit but considering his performance on stage 4, then he has a chance of being in contact with the lead riders as they summit. Like Rojas, he has a very solid sprint after a tough days racing. You don’t want to be leading him out in the finale!

I’m unsure how the stage will go, but I lean towards a breakaway. That of course all depends if there are a few of the “sprint” teams who co-operate and bring the break back. Nonetheless, I’ll stick my neck out on the line and say that the break will win.

I think you know where I’m going with this one. Especially considering my fondness with suggesting riders for whimsical reasons…

Bilbao to win in Bilbao. Simple and poetic. 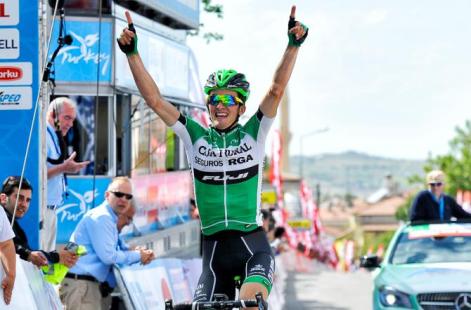 I can’t pass up a rider who has the same surname as the finish town and is from the region!

After today’s successful H2H I’m hoping to find one for tomorrow, but nothing has caught my eye/I’ve not done enough research. If I do find something, I’ll update it on my Twitter!

Hope you enjoyed the read, apologies for it being shorter than normal! How do you think the stage will play out? As usual, any feedback is greatly appreciated. Anyway,