A disgustingly average break was let away early on and they fought it out for the stage. Not to take anything away from the riders, they still had to dig incredibly deep and it was Sergey Lagutin who took a gruelling win. The Vuelta does love a surprise winner! 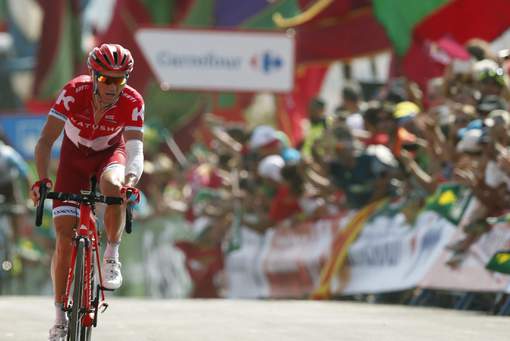 Behind there were big GC gaps, with Quintana coming off the best, gaining 25 seconds on Contador & 33 on Froome. I’m happy to see the Colombian going well after many were calling for his head after the Tour. Chaves was the biggest disappointment losing 57 seconds to Quintana! One of the blog’s break selections performed excellently in the shape of Sergio Pardilla who came home on the same time as Froome. Whereas, Romain Hardy finished in a solid 28th, a respectable 1’10 behind Quintana. What could have been!

Anyway, moving on to tomorrow’s stage.

After today’s monster finish, the riders might be glad to see a stage with more descending than ascending. Unfortunately for them, that doesn’t mean it will be any easier! 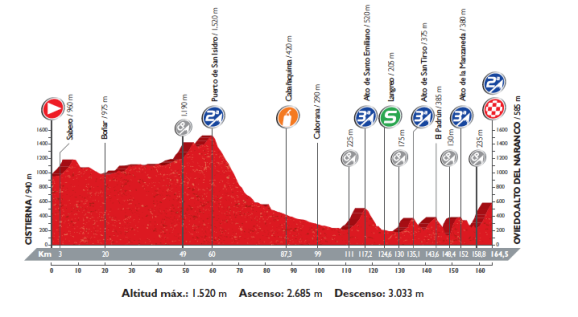 This will be another very fest start to the day as the riders look to get into the break. The uphill start will aid the climbers, going off the road book, it looks to be 7km at 3.4% (from km 3-10). Although, I doubt the break will be gone by then. It will probably be made on the long false flat afterwards! The first Cat-2 will be another sting in the legs, and the riders will be looking forward to the long, gradual descent from 60-105km.

As usual, I’ve made a Strava profile for the final 60km that can be viewed here.

It’s a very demanding end to the race. The first climb, Alto de Santo Emilliano is 7km long, averaging 4.3%. Not overly tough, but the second half of the climb is much steeper. Follows is a reasonably long descent and bit of flat before the real action starts!

The Alto de San Tirso starts the fireworks off. 5.3km long at 3.9% average gradient, this is the easiest of the final climbs. The next uncategorised ascent comes it at 3km long at 5.6%. It’s much steeper at the start of the climb, but it should be manageable and I’d expect any break to still be together here.

Where a move may be made is on the Alto de la Manzaneda (4km at 5.6%). However, those figures include the false flat/plateau at the summit. The main bulk of the climb is 3km at 7.1%. Those who don’t want to wait until the final climb will have to attack here!

The final climb itself out of Oviedo is a classic climb in this area, 5km at 6.8%. However, it is very irregular! There are a couple of 500m sections where the gradient goes above 10%. With all of the climbing that’s came beforehand, I would expect the winner here to be a good climber. Then again, it is the Vuelta and riders often surprise. Lindeman’s win last year comes to mind! 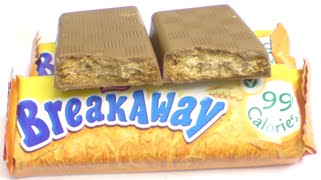 Movistar are now in control of the red jersey and will be able to ride more defensively. After what still was a big GC effort today, the riders will probably be saving themselves for Monday, where bigger time gaps can be made. Movistar won’t want to put any extra effort in, chasing for the stage win as there are bigger tests to come!

Therefore, anyone that’s not a threat on GC will be able to go. This probably stands for anyone who’s over 4 minutes down on Quintana, so those just outside the top 20 could sneak into the move.

Like normal, I’ll nominate three riders who could give it a pop! 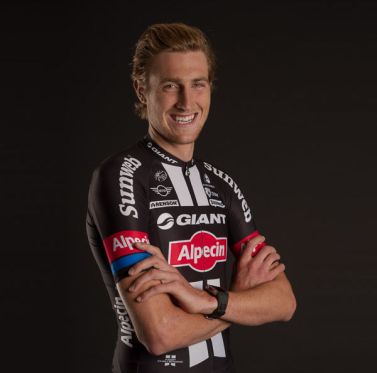 A bit of a left-field pick this one but I’m a big fan of Big T. Looking through the results today and I was pleasantly surprised to see that he finished 47th, a mere 6 seconds behind red jersey wearing Atapuma. A rider very much in the mould of his team-mate Dumoulin, his strength is his time trialling ability. With the climbs tomorrow not being that severe in gradient, he could use his big engine to solo away before the final climb, a la Dumoulin at the Tour, and hold on for the stage win.

The rangy American performed very well on today’s stage, finishing in 27th. Clearly he enjoyed the conditions and is showing some good form. A solid all-round domestique, it would be good form him to get in the break and put on a good display. Especially considering that he’s still out of contract for next season as far as I’m aware. Finishing 7th on GC at the Tour de Pologne earlier the year, he certainly has the potential, it’s just a case of him showing it! 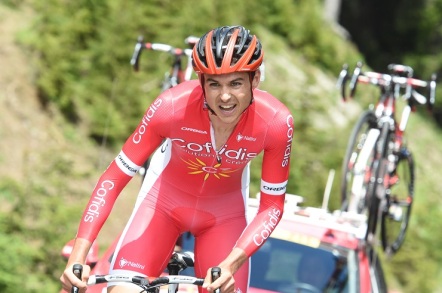 Another Cofidis rider who is quietly going about their business and is performing well. He’s someone who always rides solidly but never seems to be in the position to win something. Sitting in 27th on GC, if he makes the break tomorrow he would be a rider to worry about, especially on his current form.

I’ll go with the American Larry Warbasse to take the stage. I really like the attacking spirit of IAM and it would be nice to see him get his first pro win and with it manage to secure a contract next year! 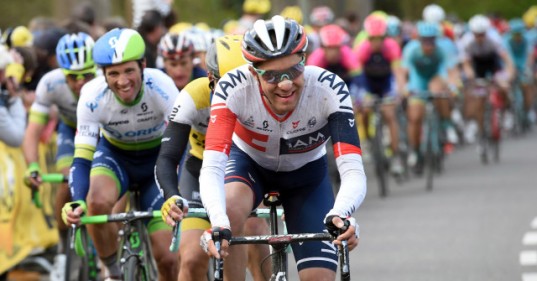 As usual shop around for better price later. I’m away out this evening so getting the preview out early. If you spot any price for Big T later then please let me know (on twitter preferably @JamieHaughey). I’m not sure he’ll be priced up anywhere Paddies/Betfair best hope. Or a better price for any of these guys!

Thanks for reading again! Who do you think will win the break lottery? I hope we’re in for an exciting, attacking stage. As usual, any feedback is greatly appreciated. Anyway,