I find it quite hard to believe that cycling’s flagship event has snuck up like it has, but here we are at the end of June with the Tour starting this coming weekend. It’s been a fast year!

Like with the Giro, I intend on doing daily previews for each stage along with a Green Jersey preview so I won’t be going into details about the stages here, with this preview focussing solely on the GC candidates.

Who’ll wear the Maillot Jaune on the Champs-Élysses? 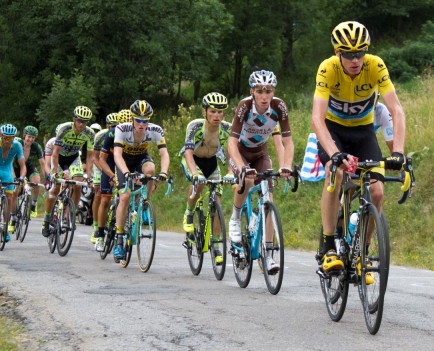 Where best to start than with the reigning champion?  He’s taken a different approach with slightly less race days this year, looking fairly average in the first part of the season. However, he won the Dauphiné and looked back to his strong best only a few weeks ago. The past two times he’s won that race, he’s went on to win the Tour, will history repeat itself? He most definitely has to start as one of the favourites, if not the favourite and I wouldn’t be surprised to see Froome standing on the top step of the podium again. So who’s going to be able to challenge him? 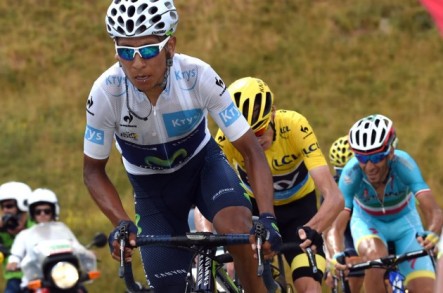 Froome’s most likely challenger, the Colombian has impressed me every time he’s raced this season. The reason he came second in the Tour last year to Froome was due to the time he lost in the first week. A couple of the opening stages might be plagued by crosswinds this year, but Quintana was unlucky to lose out in 2015. I don’t expect him to make the same mistake this year. In the final week of the Tour I don’t think Froome will be able to stay with him, it’s just a matter whether he’s chasing time or defending. 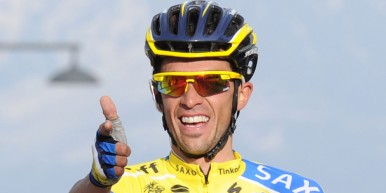 Years gone by El Pistolero would be up there with Quintana and Froome, but I think they just have a bit more in the bag than him. Saying that, he’s not a rider that they’ll want to give much leeway to. He’s a fighter with a never say die attitude and will keep going until the end. I’m looking forward to one of his trademark long-range attacks on a mountain stage. He’s had a very good season so far but was off the boil a bit at the Dauphiné, but then again, he never goes well there! 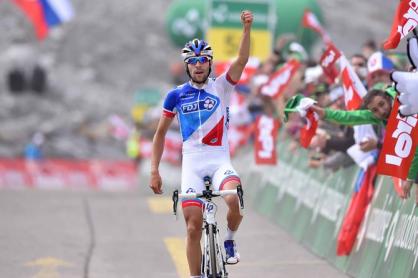 The Frenchman has had his best season so far and it really has been a coming of age year. I expect the Tour to be the same for him. On his day he can climb with the best in the world and his TT abilities have progressed greatly this year! He is a definite podium contender if the others slip up. 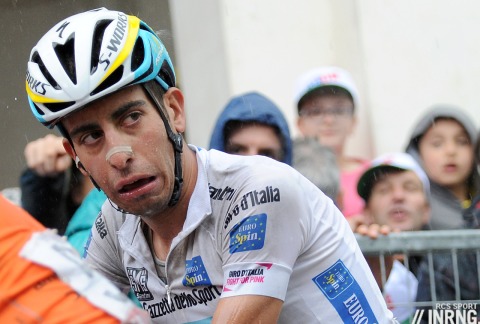 Not the best of seasons for the Italian who has failed to impress so far this year, with his best GC result being 6th at Valencia way back in February. However, he should not be discounted and has been gearing up for this race all season, with it being his primary objective. It’s his first Tour appearance and he supposedly comes in as sole-leader of the team (I’m not so sure about that). If he’s back to his best, a top 5 is achievable, possibly a podium. Maybe he’s learnt something from the Nibali school of peaking for the main event? Speaking of which… 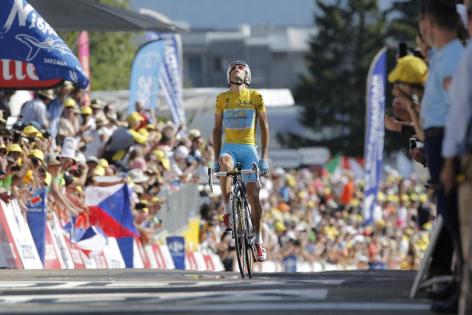 Former winner of this race and reigning Giro champion, the Shark is here to “support” Aru but is more than capable of doing his own GC race if his team-mate falters. He’s not raced since his Giro win, instead he’s been away training and recovering for this race. Meaning he should come into this race fresh. The only concern is his lack of race-legs, but he should find them in the first week! Can he pull off a famous and almost unexpected Giro-Tour double? Probably not, but I’ve been wrong before! 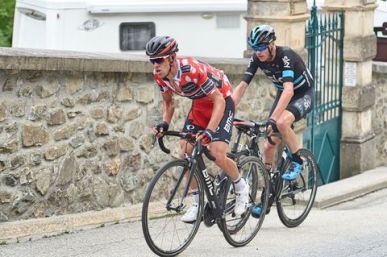 The Aussie pushed Froome all the way at the Dauphiné and really should have finished on the podium there. He looks as skinny as ever and is climbing very impressively. The only concern with him is that he has never managed a Grand Tour without having one bad day or bad luck. I’m not sure if I can see that changing here.

Below these guys we have a whole host of riders who could challenge but it would take varying and unlikely circumstances for them to do so.

Romain Bardet – 2nd on GC at the Dauphine but lacks a TT. Not convinced he’ll go without a bad day as well.

Tejay van Garderen – Going to Tour de Suisse highlights that he’s 2nd choice for BMC. Showed some solid form in Switzerland but I can’t see him finishing on the podium.

Any of Sky’s plan B/C/D – In theory, Thomas/Landa/Henao could all deliver a GC result but they’re all in for Froome and will only get to shine if Froome retires. By then 2 out of 3 of them will have lost time/saved energy so won’t be able to contend anyway.

Apart from those guys I can’t really see anyone else get close. No doubt Carlton Kirby will get excited about Alaphilippe and the Irish fans will be talking up Martin’s chances but the Tour really is a two-horse race. With the rest of the guys fighting for 3rd.

I think this year Nairo Quintana wins. As I’ve mentioned above, the only reason he lost the Tour in 2015 to Froome was due to his time loss in the first week. He was much better in the second half of the race. I expect the same this year but without the time loss in Week 1. No one can match him on the mountains and he has a very strong support team here with him. Not as strong as Team Sky, but they’ll definitely be able to support him deep into the climbs. Another factor that makes me lean towards Quintana is his TTing ability. This used to be one of his poorest qualities as a rider but he’s really improved over the last year or so. Consequently, this negates one of the advantages Froome had over him and in fact, I think the Colombian is the better against the clock now. It all seems fairly elementary to me and I’ll be shouting “QUINTANA! QUINTANA! QUINTANA!” at my TV screen come mid July.

For what it’s worth I think it goes;

As I said in my Giro preview, I don’t bet on GC until after the first week. Too many things can go wrong and it’s not worth the risk!

Hope you all enjoyed my take on the GC guys, I should have a preview of the Green jersey competition out soon. Any feedback is greatly appreciated as usual! Anyway,

mytwospokesworth Final year student at the University of Stirling studying Marketing and Sports, with a passion for professional cycling.
Published June 27, 2016June 27, 2016