I only caught the final 5km of today’s stage and I’m glad, seemed like a borefest. It was a nailed on sprint as predicted and it was Edvald Boasson Hagen who came out victorious. A great show of strength from the Norwegian who breaks his World Tour drought. Behind, our man Debuscherre got blocked in on the final corner and from there he was never coming back. Theuns it seems wasn’t the chosen man for Trek, finishing back in 76th. Hopefully get some better luck. 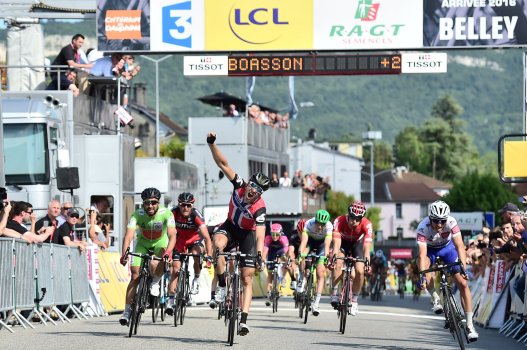 A tough test awaits the peloton tomorrow and a harder incline than on Stage 2. This time finishing on a Cat 2 rather than a Cat 3.

It will be a very fast and frenetic start to the stage, with a slight downhill all the way to the first climb of the day. We probably won’t see the break of the day get away until this point. After here it is up and down all day, with a lot of climbing metres.

There is a bit of a lull before we get an uncategorised drag before the summit finish up to Vaujany.

The climb itself is very stop-start. 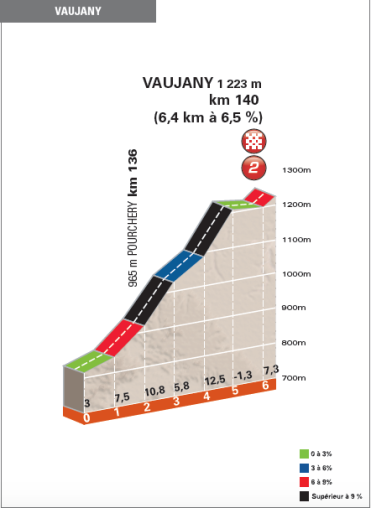 The gradient changes constantly so the riders won’t be able to get into a rhythm. This will favour some of the GC favourites, i.e. Contador over Froome.

If there are to be any GC gaps they will more than likely be made on the 4-5km, 12.5% section. Otherwise, we might get a small group sprinting out for victory.

This is one of those stages that could go to the GC guys or the break.

If this was a Grand Tour then I’d definitely say break, but because this is only a one week race we might get otherwise. The reason for this is that some of the GC teams might fancy their rider in the sprint/to gap their rivals on the final climb. Bonus seconds could be crucial at the end of the week and there are 10 available on the line.

Team Sky are also notorious for being breakaway killers and Froome has looked fairly strong this week. Do they believe that he can drop Contador and Porte? Hmmm. They might find an ally in the form of Etixx. The finale looks perfect for Dan Martin or even young superstar Alaphilippe. Will they work all day on the front? I think not. They’ve shown a willingness to get in the break the past few days and I expect the same from them tomorrow.

Therefore I lean slightly more towards the break winning it.

For the break to get away there need to be no serious GC threats in it. Someone like Romain Sicard could potentially get away. He’s only 1’41 down just now, but the rest of the GC teams won’t be concerned about him.

Like other previews, I’m again going to highlight only a couple of riders who could make the split.

First up is the Panzerwagen, a.k.a Tony Martin. The German has looked very strong in the race so far, either pulling on the front or attacking himself. He’s not afraid to go in the break on hilly/mountainous stages. His win on Stage 9 of the 2014 Tour is testament to that. There is a chance he might have to work in the peloton for Martin/Alaphilippe but as we saw on stage 2, Etixx aren’t afraid to send someone up the road on a stage that should suit their riders. If Martin gets away, he’ll be very hard to beat.

The other is Tomasz Marczynski. The Pole who rides for Lotto has made a few breaks earlier this year. He’s a solid climber and is far down on GC not to be a worry. I don’t think Lotto will put all their eggs in Gallopin or De Clerq’s basket, so they’ll likely try to send someone up the road. He’s not got a win yet for Lotto Soudal but has got 6 career wins so far. Can he break the duck here? 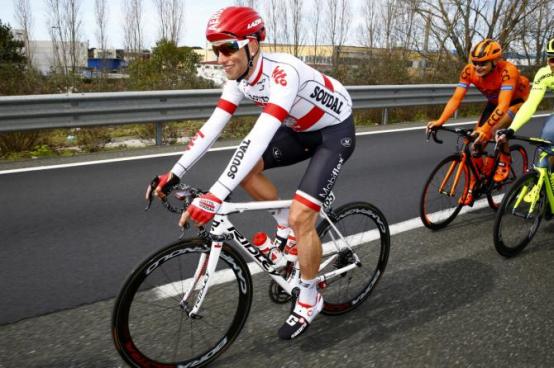 A tough stage to call, but I really fancy the Panzerwagen for some reason. I’m 60:40 on if a break makes it or not. It really depends on the composition of teams in it and if anyone is a danger on GC. I think Martin has the qualities to drop his breakaway companions and the brute strength to get up the steep ramps on the final climb. He did attack on the steepest section on stage 3 so has shown that he can go up the tough stuff well. 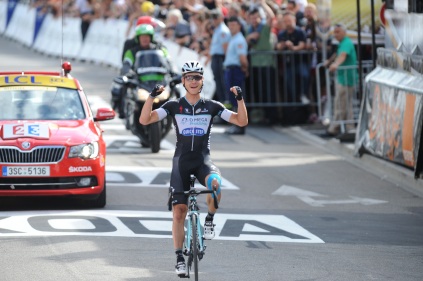 If we do get a GC battle then look to his team-mate and fellow Martin, Dan.

Tomorrow screams in-play to me. Back a couple of possible break candidates and then go GC riders in stage. Their odds won’t change that much so it’s not worth backing them pre-stage in my opinion. I’ll tweet anything that catches my eye.

0.25pt outright on both Martin (Tony) and Marczynski

Hopefully one of our men gets in the break to give us some excitement in the early parts of the stage. It would be great if one of them held on for the win too! Thanks again for reading, will be back again tomorrow with another stage preview. Anyway,