Don’t really know, didn’t get to watch it (as I said yesterday).

Have seen the final 14km but that’s it.

Looks like Tom Dum blew up and the other GC guys capitalised. BOTD involved some dangerous riders, and Brambilla went on to take the win and the Maglia Rosa, great result for him! Seems I’d backed him for the wrong stage! 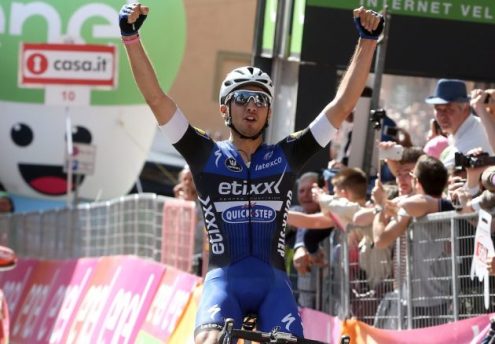 An undulating test with no proper flat sections, the riders travel from Radda in Chianti to Greve in Chianti. The locals seem to love reminding everyone where they’re from. Oh by the way, if you don’t know, we’re in Chianti tomorrow, don’t know if you will have noticed. Heard they make some nice wine. 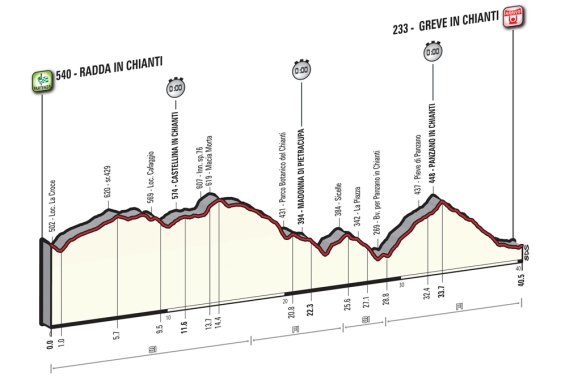 The road book is actually pretty rubbish for this stage in my opinion, no gradients for any of the climbs etc. So I’ve made my own interactive route profile that you can view on Strava here.

That first ramp up from 0.7km to 5.4km averages about 2.66% gradient. There are some steepish 7-8% ramps. However, it’s not the worst start to the day, but some riders will already not be enjoying their ride at this point.

We then get a bumpy descent before the next incline from 10km to 13.7km. This section only averages 2.48%, but we do get sharper inclines here, with a 500m section averaging 11%. Another rolling descent follows before the penultimate climb.

This short climb (2.2km long) averages 3.5%. This does include a 500m section of descending, so the actual slopes themselves will be steeper.

The Giro organisers have been cruel and left the toughest of the climbs until the end, in terms of length and average gradient. Although in saying that, it is only 4.9km long at 4.2%. So it’s not the toughest climb in the world, but will still sting the legs. Some of the strong TTers will fancy their chances to power up it.

It didn’t rain today, so I think i might have to sack off my weatherman (i.e. I’m changing my site!).

Looks like we’ll get rain at some point tomorrow, but I’m not sure as to when.

The probability of rain stays roughly the same all day, but I’d assume we’re more likely to get it when the thunderstorms are forecast. But as we’ve seen the past few days, the weather hasn’t been that predictable.

Much the same can be said for the finish town of Greve, with roughly a 50% chance of rain all day. We’re likely to see rainfall at some-point, it’s just a case of when? If it’s later than predicted then it will affect the GC riders!

A list of the start time’s can be found here.

Who are the contenders?

Before today’s stage, Tom Dumoulin was odds on favourite for this stage. Amazingly enough he’s still the favourite with most bookmakers. Even if he has recovered, he’s not worth the risk. 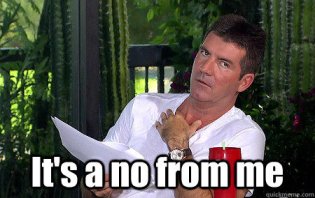 Cancellara is second favourite with the bookmakers. He has been riding about at the back, saving himself for tomorrow maybe? But like Dumoulin, not worth the risk. Think the course is too testing for him anyway. (See above picture). Kung and Jungels are also fancied by the bookies. Not me.

As you may have gathered reading my previews, I do like a long shot, so I’m going to suggest three who could go well tomorrow.

First rule to remember is that the TT is in Italy, therefore you back Italian riders. Got it?

Manuele Boaro – He’s riding as a support rider for Majka but is a very strong TTer and has been given the green light to go all out on this one. I think he’ll do just that. Solid climber he should be able to cope with the gradients relatively well. He starts at 14’49 local time, just after TV coverage starts. I’m sure he’ll want to deliver!

Manuel Quinziato – The Italian veteran hasn’t done much at the Giro so far. His best result so far was 54th at the opening TT. However, listening to yesterday’s CyclingPodcast update, Max Sciandri (BMC Directuer Sportif) has said that his riders have been saving themselves for specific stages. He didn’t mention this as a target for Quinziato, but he has the characteristics to put in a good time. The race route also goes past Sciandri’s house, so he’ll want some of his riders to go well. He starts at 13’52 local time.

Daniel Oss – Another BMC rider who could go well here. A strong classics man, he’s also done absolutely nothing this race so far, coming 20th on stage 2. Crucially Oss starts nice and early, at 13’24 local time and he should be finished before the TV coverage starts. Which could give him a nice little advantage, after all we are in Italy… (I’ll leave that one for you to figure out). The only downside of his early start could be if we get that forecasted thunderstorm!

I think Nibali wins. This TT is tailor-made for someone of his ability. Rolling hills and fast descents. If it rains for everyone, then he should win it comfortably! 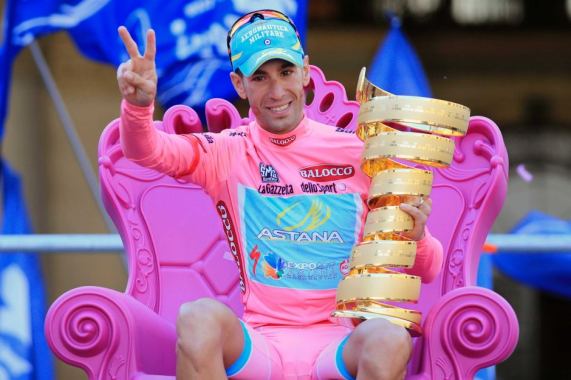 Out of the three long-shots I mentioned above, I think Boaro will be the one that runs him closest.

I tweeted out my selections earlier but didn’t give any points advice;

Hope you enjoyed the preview, any feedback (positive or negative), likes or shares would be much appreciated. Should be an interesting race tomorrow, i do love a rolling TT! Anyway,