Back to Italy with a bang! Today’s racing lived up to all expectations, that’s for sure. The stage was harder than I expected and it turned out to be more of a GC battle than most presumed, with only 26 riders finishing within 10 seconds of the winner.

Diego Ulissi, a man I fancied to win a stage this Giro (was expecting it to be later on), and someone I mentioned could be a danger-man in the preview went on to take a wonderful solo victory. He managed to escape the group of attackers on the final climb and held on to his diminishing advantage on the run in.

As for the blog’s picks of Modolo and Roche, not so good, again. Not a fan of this rut that I’m in!

Covering the sprinter didn’t work out as the racing was incredibly fast and tough. Modolo was close to making it over with the elite group, however, he came home in the third group on the road. Annoyingly, he came in one place down on Nizzolo, which has scuppered the #25to1000 challenge.

As for Roche, he seemed to be the most attentive and best Sky rider: slowing down to help Landa back to the group. Unfortunately, he never made a late attack, but got up and sprinted to 10th place. Think he’ll go well later on in the race, keep an eye out for him.

Another rolling day in the saddle and a long one too. At 233km in length it’s the second longest stage of the whole Giro. Rated 2 stars difficulty by the organisers (today was rated 3 stars), it looks set to be another interesting day. 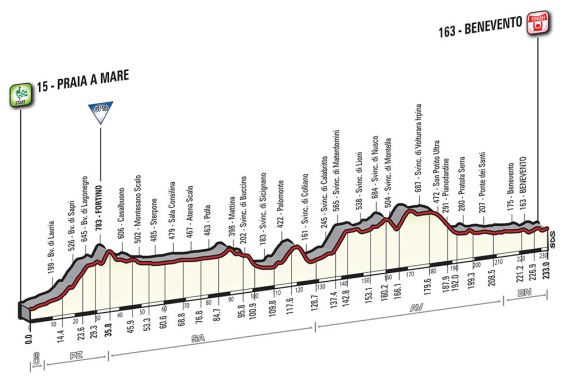 It seems to be the opposite of today, a tough start and an easier finish.

“This very long stage (233 km) winds its way mostly on fast-flow roads. The first part runs entirely uphill (with milder or harsher gradients), with constant undulations further on, up to 30 km remaining to the finish.” (Extract from the Giro Roadbook)

The organisers expect this to be a bunch sprint and that’s the most likely outcome that we’ll get. However, as we saw today, the uncategorised climbs can be as tough as the categorised ones. Therefore, I don’t think it will be plain sailing for the sprinters and their teams will have to work hard to ensure a sprint at the end.

“The route leading the peloton to Benevento starts with the Fortino climb, enters the province of Salerno and runs through Irpinia. In Benevento, a final circuit measuring a little more than 6 km is likely to lead to a bunch sprint.” (Another RB extract)

The finale is once again completed on a circuit with a kick up to the finish line that averages 3.4% for around 900 metres. Oh, did I mention it was cobbled?! The riders shouldn’t have much to worry about though, it’s no Roubaix.

It looks set to be a very interesting finale and it might tempt some of the puncheurs into a long-range attack and hope to fend of the sprinters.

As can be seen in the image above, the descent off the top of the finish is fairly technical. If someone gets a bit of a gap over the top then it might be hard to bring them back. The technical nature of it makes positioning even more important, so the strength of the sprint trains will be crucial, to ensure that their rider is near the front. The GC guys will also want to be near the front in case if there are any time gaps, they won’t want to be on the wrong end of a split! It’s probably going to be a messy run in and I wouldn’t be surprised if we see a few tumbles.

The riders should again get near perfect conditions, with it looking to be another glorious day in the south of Italy. However, there is a small chance of rain during the stage but it only likes like scattered showers, nothing too bad! 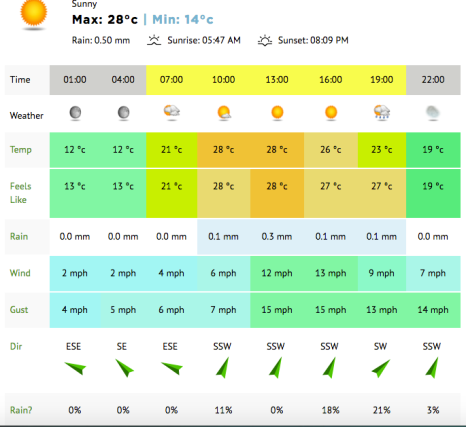 On paper this stage doesn’t look overly exciting, nailed on sprint for some. But, I can quite easily see it going 3 ways.

The most obvious (and probably most likely) is that we get a bunch sprint with all of the riders being there. With this being the last sprint stage for a little while, the teams won’t want to miss this opportunity and will control any break or attacks in the finale. A finish like this opens up the door for other riders and closes the gap between Kittel and everyone else. However, with his current form he still should start as clear favourite for this. Modolo and Nizzolo will probably be his strongest challengers.

The second outcome is that we get a breakaway and they stay away until the end. This will only happen if we get riders from several of the sprint teams i.e. someone from Ettix, Lampre, Trek and co. The rolling nature of the first half of the stage means that it will most likely be a strong breakaway that makes it clear and for it to have a chance of staying away, those involved will have to be far down on GC. The likes of Niemiec, Wellens, Oss are those who might make the cut.

The final, and least likely, outcome I can see happening is that one or two GC teams really try to shake things up and go hard early in the stage, in an attempt to isolate those who were in difficulty today. This tactic could also see teams with lighter sprinters try to get in on the act and get rid of the likes of Kittel etc. Bardiani could be one of those teams, trying to set it up for Colbrelli.

Again, I’m finding it difficult to call this stage. More than likely we’ll get a full bunch sprint, but I’m not entirely convinced.

Not sure if that’s because I was out last and I’m feeling terribly hungover today, or if it’s just a difficult stage to call in general…

I’m going to hedge my bets and go for two picks again, but not pick a pure sprinter. Yep, think I’m still drunk…

Anyway, the first guy I’m going to pick is a man who can cover the breakaway/late attack options: Adam Hansen. He was riding very well over at Turkey and was disappointed to finish only 5th in GC, so he clearly has his climbing legs. He hasn’t really featured much at all so far in the Giro and is evidently saving himself for some breakaways later in the race. Tomorrow could be that day! Also, he’s shown several times that he’s not afraid of a late attack winning a stage in the Vuelta in 2014 by doing just that (watch the video here).

Just been informed that it’s his birthday tomorrow as well. We all know what that means!

The second person I want to pick can cover all 3 of the scenarios that I mentioned earlier: JJ Rojas. Movistar’s road captain was attacking today, being attentive at the front of the peloton marking moves. He could potentially go in a break (although I doubt that), and he has a sprint that means he can mix it on these types of finishes with the fast guys. Furthermore, he is probably the fastest finisher who can match it with the GC guys on a course like this if they really put the hammer down. The only concern in that situation is that he might be drafted in to work for Valverde.

I’ll probably go in-play on a pure sprinter if things are looking that way so check that tomorrow! 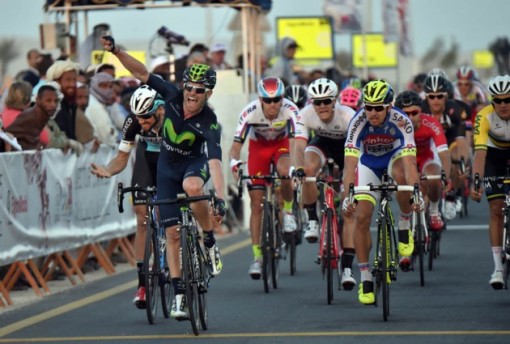 Thanks again for reading, hope you enjoyed it! I shall be back again tomorrow with a more coherent and less confused preview, once I have my full mental capacity back. Hope tomorrow’s stage will be as lively as it can be and not turn into a damp squib. Enjoy it wherever you’re watching it from! Anyway,