The early break was caught on the final climb of the day, with Astana and Mitchelton Scott drilling the pace at the front of the bunch in the hope to distance some sprinters. Their plan worked with Groenewegen dropping off the back of the peloton, trailing them by roughly 30 seconds at the summit. His whole Jumbo Visma team dropped back to help pace him back to the bunch and things calmed down a little with around 15 km to go. However, that only lasted for a little while and things quickly sped up going into the last 5 km of the day. There was a big fight for position and it looked like Team Sky had got their timing perfect going into the final and decisive roundabout with 300m to go, but a burst of speed from Sondre Holst Enger saw Bouhanni and Trentin follow the Israel Academy rider, beating the Sky train into the corner. Trentin elbowed his way past Bouhanni so that he led coming out of it, and that would be our 1-2 on the day, with the Frenchman running out of road in his attempt to come around the current European Champion.

Swift recovered his sprint a little and rewarded his team’s efforts by rounding out the podium in third.

With a punchy route on the cards tomorrow, it will be unlikely we’ll see any of the guys who were in the top 10 today up there again until the final stage. So let’s have a look at what is in store for the riders on stage 3.

A saw-toothed profile with 3200m of climbing throughout the day, the organisers have managed to find the fairly challenging day in the saddle without having the riders traverse any mountains.

Despite the categorised and uncategorised climbs early on, the stage will more than likely be decided by the last 20km.

The opening climb isn’t too tough, averaging a very consistent 5.7% gradient for 4.16 km. Without any steep ramps it will be hard for anyone to make gaps here, instead, we’ll more than likely see a battle of attrition with riders going out the back and not the front.

A quick descent follows before the longer but more shallow, last climb of the day.

Again, it is not an overly difficult climb so the proper mountain goats will find it difficult to make much of a difference, while the puncheurs will be licking their lips in the hope of hanging on. Once over the summit, there are still a tricky 2.5km to navigate before the finish line.

As you can see, those final 2.5 km are along quite a twisty and narrow single-track road. It is possible that if someone or a small group of people get a gap then they could be difficult to bring back because it will be difficult to organise a chase on that road and in the short time frame they will have.

The final 500m are uphill at an average gradient of 6%, which should make it ideal for the puncheurs. Also in typical Spanish fashion, like today, the finish isn’t exactly easy either…

Having to make a quick left then right, I’m sure the riders will be glad that it is somewhat uphill as this would be complete chaos otherwise. Once again, given that there is 100m or less coming out of the final turn, it is imperative to be at the head of the race coming into that chicane. In fact, I’ll say whoever leads into the chicane will win the stage. Take note any pros/teams who happen to be reading this…

If this stage was after what we’re getting on Saturday, this could well have been a day for the breakaway but given the minimal gaps on GC, aside from a few riders, things should be kept together. Looking at the design of the stage, it seems as if the Spanish organisers had their new World Champion in mind as they’ve built a course that is tailor-made for him. I think that everyone else in the peloton will know that too so there will be a lot of pressure on the Movistar team to keep it together.

The selectiveness of the race all depends on how aggressive the closing 20kms of the race are ridden. If we see a couple of strong teams come and set a relentless pace on the two climbs, then we might have a group of 30-40 riders reaching that 2.5km to go banner within relative contact with each other. We could even see a smaller group but I don’t think the gradients are tough enough for it to be incredibly selective, then again, it is early season so who knows.

Do the puncheurs make it? If the climbs are taken at a steadier pace then there is a good chance that the likes of Boasson Hagen, Van Avermaet and even Trentin could make the finale.

With no bonus seconds on offer at the line, a GC rider will need to create a gap here to gain some time on their rivals. It will be difficult for one of the main contenders to get away but a team having options will certainly help, and maybe their “second tier” rider might manage to slip under the radar on the tough to control finish.

In fact, that’s exactly what I expect to happen: a late attack in those closing 2.5 kms from one or a group of riders, that then sticks to the finish. So who could we see try to slip away?

A trio to watch

Often one to start his season strongly, the former World Champion produced a good TT result by his standards on the opening day of racing here. With a lot of eyes on his team-mate Martin, Costa has the ability to fly under the radar and attack in the closing kilometres. An aggressive racer when he senses an opportunity, I expect UAE to give him free rein tomorrow to go for the stage win and see what happens. He failed to take a win last year which is unlike him, so can he capitalise on some good early season form?

Astana have both the blessing and the curse of having a number of riders who this finish could suit, given different scenarios. It will be interesting to see who they work for but I assume they will want to give their two highest placed GC riders the best chance of winning the race overall going into the decisive stage 4. With Izagirre effectively in the race lead (as EBH won’t last on stage 4), Astana could play the card of just following some attacks tomorrow with Bilbao and see if they stick. The Basque rider has a good punchy finish on him and is clearly in decent shape at the moment with his strong opening TT. 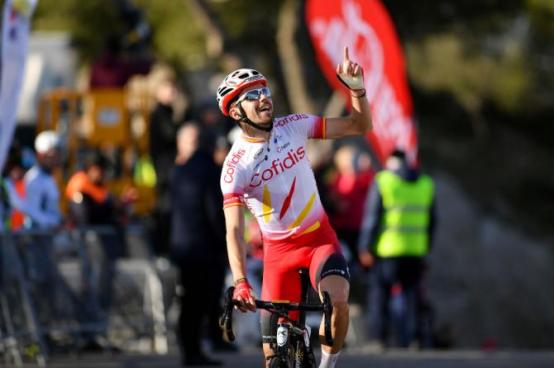 Having already tasted victory this season so far with his win at the Trofeo Ses Salines, Herrada will be hoping to double up tomorrow. The Spaniard certainly seems to enjoy the opening part of the season as he was absolutely flying at this stage last year and appears to be in similar shape this time round. As a rider from Cofidis, there is a bit of a stigma that he won’t be an immediate threat so he might not be chased down immediately. Not an ideal thing to do when he’s in good form as he will be very difficult to bring back on a punchy finish.

Small group escape in the closing 2.5 km and we see Pello Bilbao (a classic blog favourite) take the win. Potentially setting up a good tilt at the overall title. 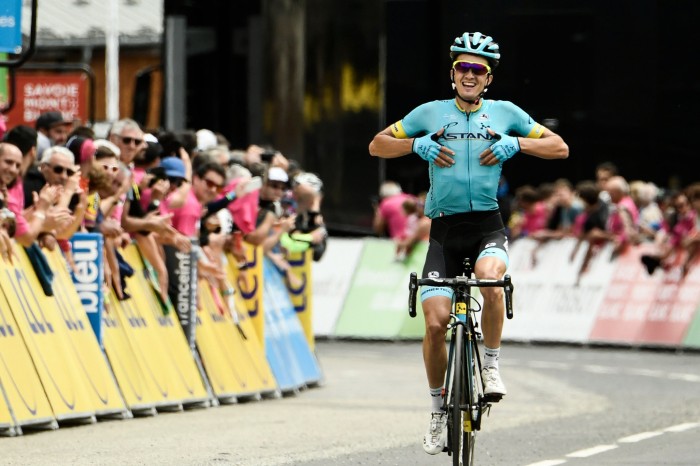 No odds out yet but will tweet anything that tickles my fancy once we get them.