Another day, another Italian race and this time it is the oldest one-day event in the country: Milano Torino.

Last season saw a barnstorming Rigoberto Uran take the win after attacking quite early on the final climb of the day and holding on to the finish. 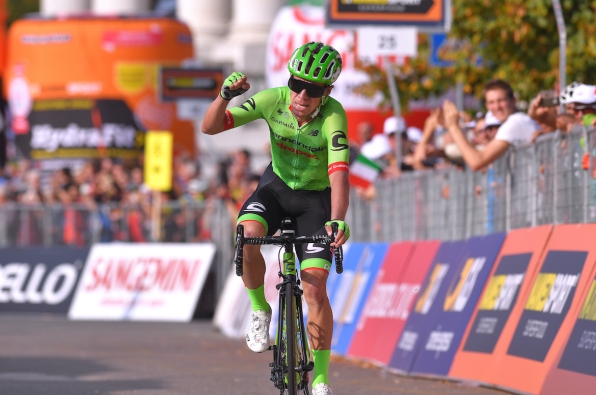 A fast finishing Adam Yates could only manage second with Aru, who attacked even earlier than Uran, rounding out the podium. Will the Colombian manage to make it two in a row this year and three for his nation? Let’s have a look at what is in store for the riders tomorrow.

Fans of the old adage “if it ain’t broke, don’t fix it”, the organisers have once again came up with a pretty similar route this year. There is a slight change in the middle of the day with a few more hills and an extra 14kms of riding to boot.

Nonetheless, it should all come down to the final 30kms and the two ascents of Superga.

On the first effort the riders will complete only 4.29km of the climb, making it ever so slightly steeper than when the climb is taken as a whole. Well, when I say that, the average gradient is 9.137% for that part of the climb. Compared to the 9.081% for the ascent as a whole then there isn’t much difference, I’m just being pedantic!

That’s about it for the route, nothing too exciting but the riders do make the race.

How will the day pan out?

The race tends to be very formulaic until we get to the first ascent of the Superga: a breakaway makes it up the road and is then controlled by the teams of the favourites and of those without a rider in the move. Fairly standard procedure.

However, we then have a few potential outcomes as to what could happen from there.

Given that the first passage crests with just under 20km to go, then it is very feasible that a counter attack launched here could make it all the way to the line. Of course, for it to succeed then many of the favourites’ teams would need to be represented. If not, there will probably be enough firepower behind to bring it back, but it will have a lasting impact as to how the race is controlled from there.

In 2016, we saw Kennaugh hold on from the original break until the flat 5km section that bridges the descent and the climb. Once he was caught, the impetus went from the peloton and a splinter group made it off of the front. As the majority of teams were represented, there was very little cohesion behind (although there was little up ahead too to be fair), the front group managed to gain a reasonable time gap. Our top two on the day ended up being from that selection and there is a possibility something like that happens again this year; where the “second in command” riders get up the road while the favourites stay behind and mark each other out.

Of course, the final option is that everything is held together until the final climb and that the best rider on the day wins. That’s what happened back in 2015 when Diego Rosa took off at 2.6km to go and was never seen again. To make that win even better, he managed to make the move in front of his own fan club!

Similarly, it is the same option/race outcome that we had last year when Uran won.

So how will it pan out this year?

I’m not entirely sure, both the splinter group getting away or a main contender showdown are almost equally likely in my opinion. What is interesting is that we have a few of the big names for Saturday deciding to skip this race; Nibali, Uran, Woods, Bardet and Roglic to name a few. Will that make their teams ride more aggressively? Will other squads try to seize the opportunity and hold things together knowing some of the better guys aren’t here. We saw today that Pinot is in great form at the moment and Valverde was there where he needed to be too. A win for either of them would be great but I’m sure they’ll be confident enough of there form and might just have one eye on Saturday. Consequently, that tips it ever so slightly in favour of a splinter group getting away and fighting it out for the win so that’s the option I’ll go with.

Like with my preview for Tre Valli Varesine, I’m just going to highlight some guys to keep an eye out for throughout the day and who will hopefully be active, even if they don’t win.

After what seems like an injury plagued second half to the season, Benoot has performed well in the two one-day races he has completed since the Vuelta. He had a poor day at the Worlds but showed that there is still form there with a good 6th place in Paris Tours. A possible “what could have been day” had he not punctured and have to chase back on. Arriving at this race as co-leader with Wellens, I would expect them to animate the race on the first ascent of Superga. Despite his original career trajectory as a one-day Classics rider, Benoot has shown so far this season that he can more than handle his own on the climbs too. Will this be another “breakthrough” ride in that sense? 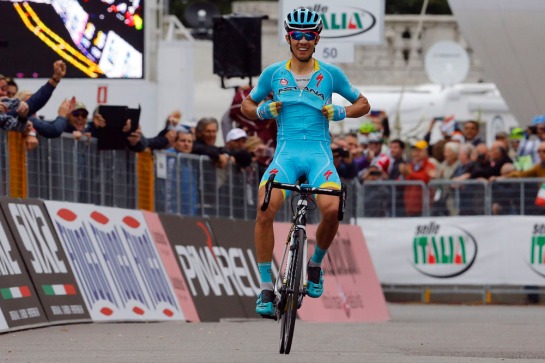 A former winner of this race and with his fan club no doubt at the 2.6km to go mark (see above), the Sky rider will be motivated for this one tomorrow. However, the issue lies with the fact his form hasn’t exactly been sparkling as of late. He looked a bit lacklustre in Tre Valli and struggled to close a gap to the head of the race but he seems fairly positive in his latest Instagram post so who knows. One thing he has going for him is before that great win in 2015, his form was arguably equally as uninspiring so who knows. I’d expect him to go on that attack at some point but will he have enough to take the win? Probably not.

Oh so close to a great result in Emilia before he fell foul of the #HaugheyCurse and punctured at the bottom of the San Luca climb. Brambilla was so enraged at that he didn’t even bother to finish the race and if I’m honest, I don’t blame him – the win was his for the taking. Returning to racing today in TVV, he looked solid and finished in the chase group behind our winner, sprinting to 10th place. I would like to see him go on the attack early because I don’t think he has the legs to win it from the peloton, unless there is some looking around, but he seems in great shape just now and I wouldn’t underestimate him.

Now where did I put my overused “Hirt locker” joke? Astana arrive here with a strong squad that on paper has several options, with Fuglsang and Lopez as the arguable leaders. However, Hirt is a very good card to play and the Czech rider came out of the Vuelta with some decent shape; finishing a very respectable 17th at the Worlds. He’s not had many chances to chase his own results in what is his first year with the world tour outfit but he showed in 2017 just what he can do on the steep slopes. I think he is a danger man. Just waiting for that inevitable DNF now…

A tactical race where a lot of the main players want to keep their powder dry for Saturday, allowing for a group to escape clear before the final ascent and fight out for the win. I’ll go with a lively Brambilla to make it two from two for Trek. 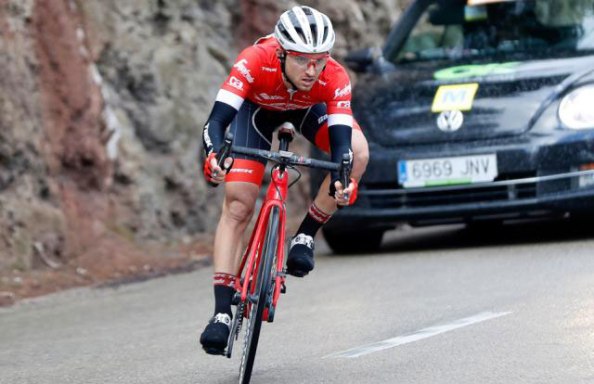 Thanks as always for reading! Who do you think will win tomorrow and in what manner? Anyway,